US$239
US$124
View deal
Expedia.comUS$229
PricelineUS$229
HurbUS$239
View all 21 deals
Prices are the average nightly price provided by our partners and may not include all taxes and fees. Taxes and fees that are shown are estimates only. Please see our partners for more details.
iassembleanything
Claremont, California
1

Most hotels let you use the luggage cart but this resort does not allow guests to use them without a bellhop attendant. Keep your hands off or they will find you in the hallway and take it away from you. Surprised!?! I was but now I know the bellhop is territorial and they are not for guest use.

Review collected in partnership with this hotel
This business uses tools provided by Tripadvisor (or one of its official Review Collection Partners) to encourage and collect guest reviews, including this one.
See all 5,888 reviews
Nearby Hotels 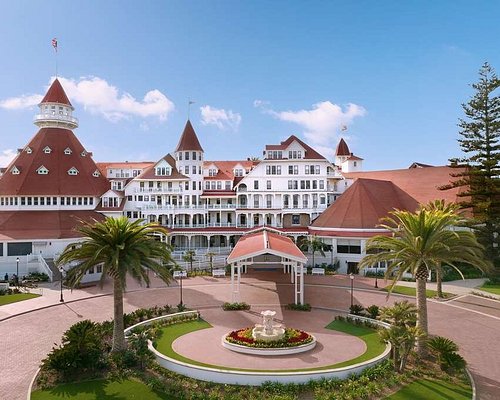 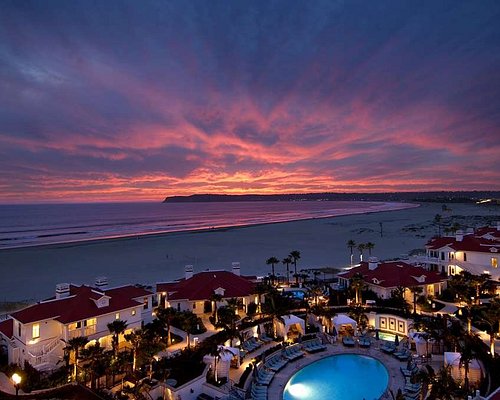 Beach Village at The Del, Curio Collection by Hilton
US$1,099 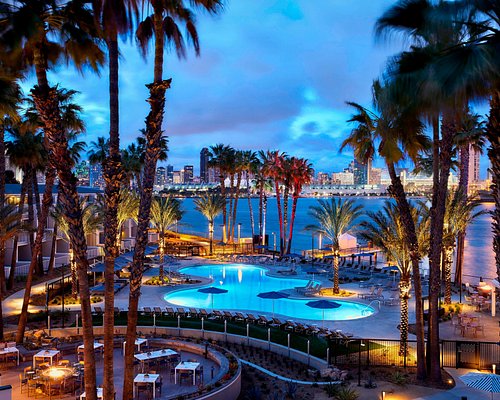 Hotel was booked for and paid for ahead of time and they charged me extra once I left. They specifically said that the room was fully paid for aswell. Do not go here. They will scam you and charge you 3x the price agreed.

Review collected in partnership with this hotel
This business uses tools provided by Tripadvisor (or one of its official Review Collection Partners) to encourage and collect guest reviews, including this one.
Ask tylerrogers9252 about Loews Coronado Bay Resort
Thank tylerrogers9252

This review is the subjective opinion of a Tripadvisor member and not of TripAdvisor LLC.
shawnsmoses
Honolulu, Hawaii
1
Reviewed 21 October 2021
The perfect honeymoon !

I would like to say I was completely blown away by this hotel. I spent my honeymoon here and I am glad I did. The staff was excellent from day one. I would like to mention Miss Mallory from San Diego Coronado Bay resort location. It was our first time to San Diego and Miss Mallory made me feel like family. We had an amazing time filled with great food, drinks and awesome bay views. The entire hotel staff was excellent. The level of customer service was top notch. We will most definitely stay at another Loews hotel resort in the future. Thank you so much to all the staff for making our honeymoon so special.

Review collected in partnership with this hotel
This business uses tools provided by Tripadvisor (or one of its official Review Collection Partners) to encourage and collect guest reviews, including this one.
Ask shawnsmoses about Loews Coronado Bay Resort
Thank shawnsmoses

This review is the subjective opinion of a Tripadvisor member and not of TripAdvisor LLC.
tman113
Murrieta, California
73
Reviewed 18 October 2021
Lovely, until we were treated us like criminals

We decided to stay here for our first vacation in 6 years and our anniversary.
Upon check-in, Kimberly, wished us a happy anniversary and provided a lovely room with a partial view. She also sent us wine and cheese. Very nice! The bellmen were also very nice.
We had dinner in the Crown Landing gelato at Silver Strand Exchange. Service at the Crown Landing and the meal were excellent. The service at the Silver Strand was lackluster. They seemed tired and bored.
For breakfast, we went back to the Silver Strand. We were too late. They said we could only have pizza or coffee. However, they did have pastries and cereal on display and smoothies on the menu.
The next day, we decided to extend our stay one night. Kimberly handled the transaction for us and arranged for us to stay in the same room.
At the pool, we ordered a drink. I asked about a food menu and was told that: "Last call was 20 minutes ago." The tone was as if he felt I should have known. He said we could order but had to do it quickly. This was 4:30 pm, we were told they closed at 5. The bartender was short with other guests too. He told them to sit and a waiter would take their order. He also told them they had to order quickly. I ordered 2 bottles of water. They didn't bring them. he was already closing up the panels. I caught his attention and asked for them. I mistakenly thought he had charged us but he hadn't. He gave us them anyway which I thought was a nice thing to do.
The next day, we went for a walk on the beach. On the way back we saw Kimberly and told her what a nice time we were having and thanked her.
When we got up to our room, the room keys didn't work. We wait at the front desk for about 20 minutes. I was slightly dehydrated and tired from our walk. We were helped by "Mickey." He asked for our ID. When I told him it was in the locked room, his demeanor changed. He would not look at photos of our ID on our phones, or try to locate Kimberly, or to the room with us to let us in and get our ID. He called security and said they would be waiting for us when we got to our room. I was starting to feel worse. The stress wasn't helping. Back at the room, no one was there except for housekeeping and other guests.
I called the desk and spoke to "Annabel." She said we had to wait for security and it might take a while because they "were in the basement." I told her that I wasn't feeling well. Finally, security came. He refused to open the room. He was very condescending. He wouldn't let me speak. I asked him to call Annabel. I could also hear the bellman talking on the walkie. One person was saying: "We're not bringing keys up there. We don't have the staff." I could hear Annabel intervene. She said to bring the keys after we show our ID. The security guard let us in. He looked at me sternly and said: "I'm going to open the door but you have to get your ID as soon as I do." I brought him my ID and he told my husband he had to show his ID as well.
We were treated as if we had done something wrong. Like we were up to no good or that we broke some rule that we had no knowledge of.
We checked out, we asked for the General Manager. They said they didn't know who that was and gave me a number to call. I left a message. They never called back. I left a message at the hotel for the GM and they didn't call back.
I filled out a survey from Loew's and received an email from Ramon. He would not put me in touch with the general manager without additional details.

So, to summarize, if you want to stay at this hotel, you might have a very lovely time if you don't expect too much and you don't do anything that they consider out of the ordinary like extending your stay and wanting to remain in the same room. If you have a problem and want to speak to upper management, there will be gatekeepers and efforts made to keep you from doing that.

This review is the subjective opinion of a Tripadvisor member and not of TripAdvisor LLC.
racheltemple81
1
Reviewed 14 October 2021
Horrible hotel will treat you terribly

Worst experience ever. Was given a dirty room that was no where near what was paid for. Staff was beyond rude and would do nothing to accommodate. Management never stepped in. Was left over charged and underwhelmed

Review collected in partnership with this hotel
This business uses tools provided by Tripadvisor (or one of its official Review Collection Partners) to encourage and collect guest reviews, including this one.
Ask racheltemple81 about Loews Coronado Bay Resort
Thank racheltemple81

This review is the subjective opinion of a Tripadvisor member and not of TripAdvisor LLC.
YogiTraveler00
33
Reviewed 12 October 2021
Blood stains!!!!

Dirty old rooms with blood stains on wall, doors and floor. Hundreds of dollars in undisclosed fees ($40 parking fee per day, $35 resort fee per day). Never gave us towels. Hung up on us when we called. Rude staff. Noisy rooms.

Review collected in partnership with this hotel
This business uses tools provided by Tripadvisor (or one of its official Review Collection Partners) to encourage and collect guest reviews, including this one.
Ask YogiTraveler00 about Loews Coronado Bay Resort
Thank YogiTraveler00