Rocklin Park Hotel
Rocklin Park Hotel
Lowest prices for your stay
Lock in the lowest price from these sites
US$99
Free cancellation until 11/12/21
View deal
Expedia.comUS$99
PricelineUS$99
Hotels.comUS$99
eDreamsUS$99
TravelocityUS$99
Orbitz.comUS$99
View all 19 deals
Prices are the average nightly price provided by our partners and may not include all taxes and fees. Taxes and fees that are shown are estimates only. Please see our partners for more details.
Paul H
Irvine, California
12838

professional staff took care of business. rooms are very clean and spacious. hotel located next to I 80, but very quite.
Breakfast was unimpressive and the room was very small and crowded. Enjoyed the rear outdoor balcony over looking the forest.

See all 127 reviews
Nearby Hotels 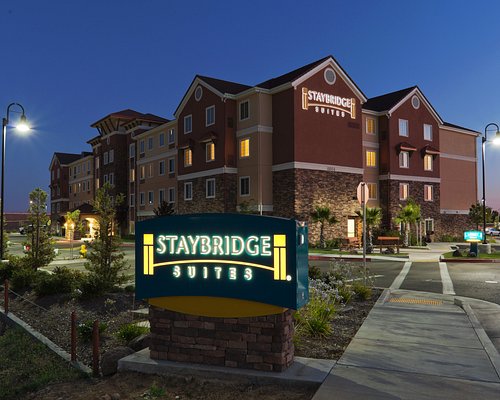 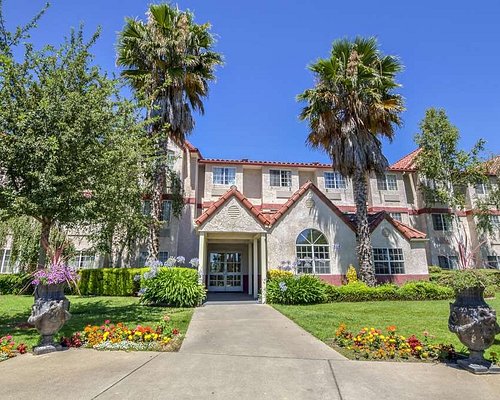 Breakfast included
SureStay Plus Hotel by Best Western Rocklin
US$81
Booking.com
View deal
Expedia.com
US$81
FindHotel
US$75
Lol.travel
US$98
View all 19 deals from US$75
140 reviews
0.2 km from Rocklin Park Hotel 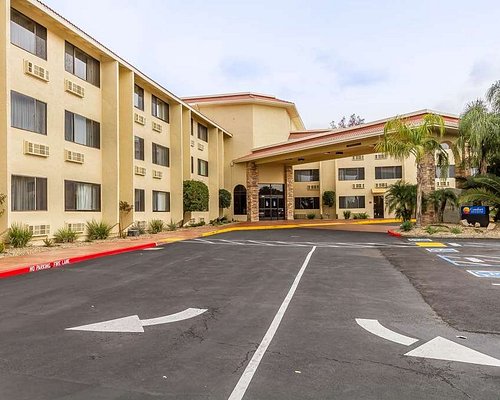 Taking safety measures
We compared the lowest prices from 18 websites
Breakfast included
Homewood Suites by Hilton Sacramento-Roseville
US$145
Booking.com
View deal
Expedia.com
US$145
Lol.travel
US$136
Traveluro
US$159
View all 19 deals from US$136
702 reviews
3.3 km from Rocklin Park Hotel

Taking safety measures
We compared the lowest prices from 17 websites
Courtyard Roseville
US$152
Booking.com
View deal
Free cancellation
Expedia.com
US$152
Courtyard
US$152
Priceline
US$152
View all 18 deals from US$152
146 reviews
3.5 km from Rocklin Park Hotel

Made the reservation on line, no problem through booking.com. Looked nice from the street, but that's where it ended. Given a room at far end of building, near the event center. Loud party going on, but at least it ended by 9:00 PM. Room was short of towels and no wash cloths at all. Called housekeeping and the front desk on hotel phone and neither answered. Went to front desk and asked for towels, which I was given, but was told they do not have washcloths. Also had to make a special trip to the front desk to get the wifi password (not posted anywhere in the room). There was clutter in the hallway and when I also passed that on to the front desk, I was told it would be taken care of. Next morning still no change. Carpets in the room and hallway did not appear to have been shampooed in a very long time. At least the room was vacuumed. Breakfast in the morning was ok. Nothing fancy, but better than continental. Glad it was included in the price of the room. Also, the wallpaper was peeling away from the wall in two different places. Sorry, but not a very hearty recommendation. Would not stay there again.

Room tip: Had a freeway side room and after the party downstairs ended, noise level was fine
Ask bschrader45 about Rocklin Park Hotel
Thank bschrader45

This review is the subjective opinion of a Tripadvisor member and not of TripAdvisor LLC.
Dianne B
Preston, Idaho
12027
Reviewed 31 March 2019 via mobile
Disappointed not 3 star boutique hotel

Nice location with pool is the good part. We booked this off Hotwire as a boutique 3 star hotel with hot buffet breakfast. Dont stay in room 310 The room was dusty I sneezed all night. Gross old mattresses and no mattress covers and fitted sheets that would not stay on. The smoke dector hanging from the ceiling and the curtain on the side of my bed was dirty with a red substance and the shower!tub frightening. Sadly I used it anyway. The hot buffet could not feed 20 people. No pride seriously. They did have sausage and eggs, ran out of waffle batter and syrup, orange juice ?? Yes that clear stuff is orange juice? Cups ran out too and we were in there by 7 am, breakfast from 6:30 - 9am . Good luck. We did enjoy listening to the crickets and frogs while entering the parking lot.

This review is the subjective opinion of a Tripadvisor member and not of TripAdvisor LLC.
gstar2010
San Francisco, California
11
Reviewed 29 March 2019
RUN AWAY!

Firstly - this hotel is rated as a 3 star. At best, it should be a 1.5 star. They said that some of the rooms have been renovated so many the new part is 3 star-ish but the rest of the hotel is disgusting.

We checked into the hotel with 2 small kids. The first room they assigned us literally smelled like a dirty ash tray. There was a large stain on the carpet where it looked like something had died about 20 years ago. The cigarette smell was just too overpowering so i went and asked for a different room. The linens, bathroom, everything looked like it hadn't been changed since 1986.

I went down to the front desk and when I told her the issues with the room, she looked surprised and told me "that's in the nice part of the hotel". WHATTTTTT??? We asked for a room change and they gave us a different room in a different part of the hotel. We got to the new room and it was better than the first room but you could still smell the stale cigarette smell but it was definitely not as bad as the first room. The windows in the room opened so we opened the windows to air the room out and decided to go get some dinner. We came back about 2 hours later but the smell was still obvious. At this point, I decided to just leave the hotel. If the rooms didn't smell like ashtrays i would have considered staying in the 2nd room we got assigned but the smell was just too much.

We had booked the hotel through Hotwire so i called customer service and they were gracious enough to give us a refund. But even if we didn't get a refund, i have zero regrets for leaving. This is honestly one of the worst hotels i've ever paid for.

Don't stay here. This place is NOT worth it's money. Stay in Roseville in a new/cleaner hotel. Save yourself the heartache. Please.

This review is the subjective opinion of a Tripadvisor member and not of TripAdvisor LLC.
Evan G
Cotati
74
Reviewed 25 March 2019
Nice Place, Great Value

This review is the subjective opinion of a Tripadvisor member and not of TripAdvisor LLC.
flwergrl
Northern CA
10892
Reviewed 14 March 2019
Disappointing

We had high hopes by looking at the website. The in-room jacuzzi tub wasn't available because that is only in suites, which were booked. The website also described gardens and walking trails, and there were none. When we entered our room there was no comforter on the bed and we had to ask for one; the desk clerk returned with one that was crumpled up in his arms and had disgusting stains on it. So back we went to the desk. He returned after about fifteen minutes and asked that we switch rooms because they didn't have any clean comforter. So we re-packed our stuff and moved. His standard answer was a curt "I'm sorry for your inconvenience", which I am sure he says a lot. The room seemed worn and wasn't very clean. We will not be returning.