N/A - Review of The Village at Breckenridge Resort

US$656
US$249
View deal
FindHotelUS$280
Trip.comUS$656
CheapTicketsUS$280
View all 13 deals
Prices are the average nightly price provided by our partners and may not include all taxes and fees. Taxes and fees that are shown are estimates only. Please see our partners for more details.
W939NPlizm
2

This was my 3rd stay at the village and i have always had a great experience. This time round i was very disappointed. When we checked in, the rooms looked very clean. At about 10 pm When we decided to call it a night i noticed the room smelled of puke and rotten eggs. Thank God they had a washer and dryer in the unit. I stripped the whole bed including pillows and pillowcases because i couldn't tell where the smell was coming. Also the bath tub has seen better days. If i had white vinegar i probably would have cleaned it as well. After that i good night sleep. I hope my next stay will be better.More 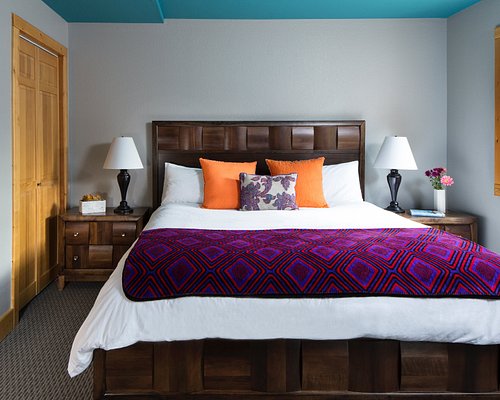 Top Rated
Breakfast included
Sponsored
The Bivvi Hostel
US$219
Booking.com
View deal
Reserve now, pay at stay
Priceline
US$219
eDreams
US$219
FindHotel
View all 6 deals from US$219
251 reviews
We compared the lowest prices from 6 websites

Expedia.com
View deal
Free cancellation
Pay up to 12X
Booking.com
US$249
Destinia.com
US$244
ZenHotels.com
US$251
View all 13 deals from US$244
167 reviews
0.0 km from The Village at Breckenridge Resort
We compared the lowest prices from 13 websites 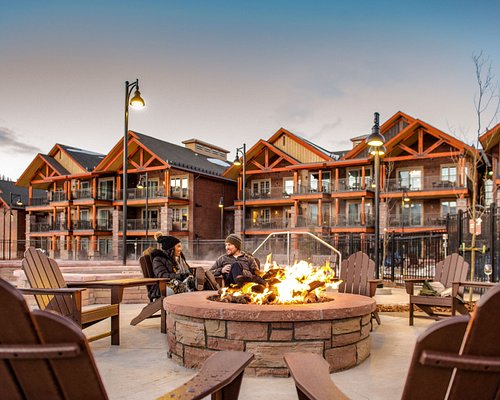 We started planning our road trip at the end of March, with Breckenridge being the first stop for three nights, we were really looking forward to it we had not been there for four years, Breckenridge holds a very special meaning for my husband and I. I wanted to make sure I booked early so I can get the good rooms, really did not planning on staying at the village but once I saw their beautiful luxury condos I made sure that I upgraded to those rooms, I had seen several of them online, and there’s one on booking.com, knowing that we we’re not going to get the exact room shown I had seen many others on Google for the village luxury condos, so I was very excited in seeing which room we were going to get. When we arrived the rooms were not ready so we waited an hour and a half and when we went back in we were told that we could look at the room to see if we liked it and if not we were more than welcome to look at some others, the staff was very kind and very helpful. We went to room 212 in the Shenango building, will you open the door I walked in about five or six steps turned around walked out it was like walking into a pitch black cave , I walked out to my husband looked out the window and said that it was looking out at a roof and a few inches of a Mountain View, I knew I could not stay in that room. We went back and there was a different person working at the desk, we told him that we could not stand that room it was like extremely dark and no daylight, we expected to go look at some other rooms but he said that was the only room they had left in their six buildings, we were shocked he said that all the rooms were still dirty because they were understaffed, we didn’t know what to do we had planned this trip early on. I went online right away to try to see what we could stay, we love the Powderhorn but they didn’t have anything available so we ended up leaving and staying somewhere else for our first night of vacation, came back into town and we’re given another room but they had saved for us, they said they write their rooms from silver gold platinum and Premier, and the managers actually read the rooms, it was better than the first one we had seen but not even close to being a premier condo or even a luxury condo, the kitchen was nice but other than that it needs a lot of updating, oh and the TV in the master bedroom, doesn’t work properly, we just stuck it out and stayed for the last couple of nights, but when it comes to booking a luxury premier condo at the village, Make sure that you were very specific with the room I know you can’t get exact room that you see online but when you pay the extra price for luxury, that is what you expect so just be aware that you need to talk to somebody about what you are expecting, if it was up to me I would be on the very top floor of the Shenango building facing the mountain side over the parking lot there’s a good chance that those condos are much nicer, when you go online and you look at the pictures you will be able to tell which direction your building is facing, we probably won’t be back to Breck for a while but we were definitely bummed that we had to go somewhere else for the first night, they were very courteous and refunded as that first night, the staff was very nice.

Room tip: if you book luxury you better call and ask what the room looks like so you dont get the others
Ask itsall4hisglory about The Village at Breckenridge Resort
Thank itsall4hisglory

This review is the subjective opinion of a Tripadvisor member and not of TripAdvisor LLC.
mlbibc
Columbia, Missouri
162
Reviewed 17 June 2021 via mobile
A-Ok!

Arrived in Breckenridge with no lodging reservations. Found this place on Tripadvisor. Was a little apprehensive due to some iffy reviews but took a chance and am glad we did. Quite comfortable accommodations at an excellent rate. Stayed in a clean, 2 BR, condo unit. From our 7th floor large balcony, could see S. Main Street shopping area along with gorgeous mountain views. Only complaint is that we were unable to stay longer. The units may be a little dated, but I care more about cleanliness of where my head lands and the outgoing, helpful, and friendly staff I come in contact with and this place did not disappoint.

This review is the subjective opinion of a Tripadvisor member and not of TripAdvisor LLC.
HelpfulAngel
Atlanta, Georgia
747446
Reviewed 30 April 2021
Mediocre room with mediocre service

The room is a bit dated. The beds were not very comfy, the sofa bed was terrible. The shower was really good. The room is pretty big with a small kitchen. Good toiletries - organic with essential oils. The service at front desk was average. Only later did I realize that a free bottle of wine was included but the staff did not bother to offer it to us. No breakfast included.

This review is the subjective opinion of a Tripadvisor member and not of TripAdvisor LLC.
melissacO5556WH
12
Reviewed 19 April 2021
Dirty and Poor Condition

We booked a 2 bedroom condo that was managed by SKI.COM and PINNACLE LODGING. It was advertised as a LUXURY condo.

1. When we finally got into our condo after the promised check-in time, it was dirty including food and pills on the floor and empty water bottles laying around. We had to call three days in a row about cleaning the condo before it was cleaned.

2. The furniture was in terrible condition. For example, the leather couch had a six-inch hole in it. The coffee table was banged up and closet doors were off their track.

3. Trash and pizza boxes were in the hallway and elevator.

4. There was no communication about no parking being available. We had to park 10 minutes away and take a shuttle.

I have never written a review before but the accommodations were very disappointing and neither company stood behind the quality of the advertised luxury condominium.

This review is the subjective opinion of a Tripadvisor member and not of TripAdvisor LLC.
Gari L
308
Reviewed 4 January 2021 via mobile
We stayed to snowboard ski and ring in 2021

The room was nice. I don’t know what people expect when staying here. Some of the reviews of the rooms in my opinion were ridiculous. We have stayed everywhere in Breck and this place was nice. Easy to walk to downtown, easy to drop my youngest at ski school, easy to get on the lifts. No the room wasn’t updated last year but it was fine! Comfortable and clean. The mattresses were awesome (even the one on the pull out.
The only thing I can say a little negative is there was a thick fog of marijuana smoke in the hallway that at times seeped into our room. It was awkward explaining to our kids what that was. That was a little annoying but is that the hotel’s fault? I don’t think so. They had signs posted of no smoking in the rooms.
The room was fine, the kitchen was stocked with enough utensils and pans to cook. The housekeeping staff didn’t enter the rooms due to Covid but they would bring you towels and things you needed upon request. Everyone that worked for the hotel was super nice and helpful. I just wish they allowed small dogs so we could bring our little one with us on vacation.