Had a wonderful time at this beautiful, ocean front hotel. The staff could not have been nicer. The rooms were large with a full kitchen and sitting area. Nice breakfast included. We ended our weekend by getting a massage (my friend) and a facial for me. Erin, who did my facial, was amazing. If I lived around there I would go to her regularly. I can not say enough good things about this hotel. I would love to go back.

See all 790 reviews
Nearby Hotels 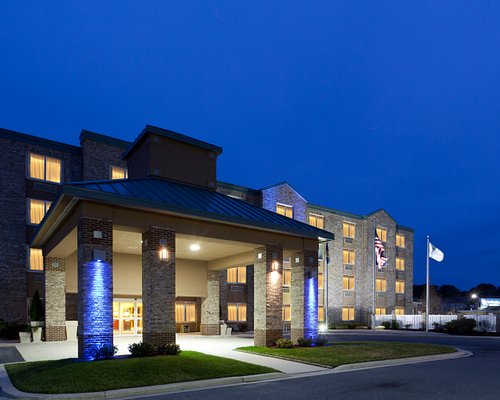 Fenwick Shores, Tapestry Collection by Hilton
US$684
US$613

Expedia.com
View deal
Free cancellation
Pay up to 12X
Booking.com
US$613
Hotels.com
US$613
Trip.com
US$684
View all 13 deals from US$613
47 reviews
8.1 km from Bethany Beach Ocean Suites Residence Inn by Marriott 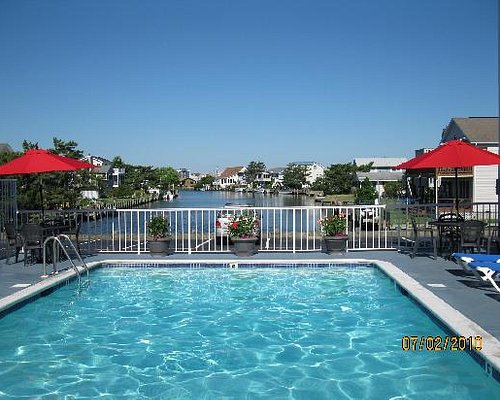 Have stayed here many times - especially for the resort being only a few years old. On season, off season, points and cash.

Our last trip in August of this year was the next step in things getting worse. In the past there was great communication and assistance from the staff. I would email the hotel with requests and help with points on specific dates, room type requests, etc. - always VERY helpful and accommodating. (miss you Brett & Brett).

This time I emailed a week before, asking for the North building and as close to the beach as possible. What I got was the second worst room in the hotel as far form the beach as possible. My wife said I was not to go to the front desk to complain so I used the app instead. The rep had no idea we were return guests and told me to try a different time of the year when I could get an 'upgrade'. Was not expecting an upgrade, just not the 2nd worst room in the hotel. I am Titanium Elite with lifetime status and about 3 million points lifetime - I suppose that was bottom of the list that week based on my room.

I sent a review to Marriott as invited but did not post to the public site as I like the hotel and most of the staff (previously) and wanted to give them an option to reply and make it better. No reply. Sent them the review details on their web form, no reply. Sent the same detail to the hotel info@ email address - right, no reply, not even to tell me to go pound sand.

They have a Fire & Ice festival in January - we went earlier this year and my wife wants to go again Jan 2020. I said I have had enough of the hotel but she insisted and she call a few weeks ago to inquire about the promo rate/weekend deal they have. The front desk girl had no idea and told her to call back later. She called today and was told the rate was $199 for the room type we wanted which was not listed on the website (nor a deal). My wife called me to confirm - I said 'do what you want' - she called back with no answer and was sent to Marriott corp reservations. A less than nice gal answered, had no idea about the rates, put her on hold and eventually sent her back to the hotel. This time the same girl said she made a mistake and the room type we wanted was 'just a little bit different rate' - $240/nt. but could give is a room we don't want for the $199.

It is pretty clear they have a training and front desk problem and do not care about their best customers. I can go to Grand Cayman for less so you would think the hotel would treat people right...in Delaware.

The town is great, the hotel is nice, location great, my wife & daughter love it...I just hope they can get their act together or I have to find another place to spend my points and cash.

Thank you for taking the time to share your feedback about your recent stay. I am sorry to hear that you were disappointed with the view from the suite that you reserved. It seems that historically you have stayed with us in a partial ocean view suite very close to the ocean, in the main building and on a high floor. While we do our very best honor those requests, especially from loyal guest such as yourself, we are not always able to meet all requests during our busy summer season. It appears we were able to meet two of your three requests- to be on a high floor and to be in our main building.

I am also sorry to hear about the issues you experienced with our front desk and their responsiveness, particularly over email and in regards to our off season events. I've shared your feedback with my team so we can better enhance our communication. At this time, our packages for Fire & Ice Festival are not yet available, which is why the team was unable to properly make your reservation or provide more accurate information regarding the packages and pricing. For this I apologize, and we will update our team as well as our website with the package information as soon as it becomes available. Our concierge and guest service team is available 24 hours a day, 7 days a week to answer any questions you may have about our upcoming events, room types and locations, and to take your requests. I invite you to speak with us directly when your travels bring you back to the Bethany Beach area so we can ensure the room you reserve meets your expectations.

Report response as inappropriateThank you. We appreciate your input.
This response is the subjective opinion of the management representative and not of TripAdvisor LLC
ChrisJeanne
Downingtown, Pennsylvania
3637
Reviewed 9 September 2019 via mobile
A Great Place in Bethany Beach

I stayed at the Residence Inn- Bethany Beach Suites for the weekend. This Hotel is right on the beach/boardwalk, walkable to all restaurants, shops, arcades, etc. the area was very busy but the hotel and rooms were very quiet and comfortable. Bedding was really nice, breakfast was good, and the hotel staff was excellent.

This review is the subjective opinion of a TripAdvisor member and not of TripAdvisor LLC
LaPlataHills
La Plata, Maryland
83
Reviewed 9 September 2019
Wow! Now THIS is a vacation!

I have been to Ocean City, Bethany Beach and Rehobeth dozens of times. Rented condos, booked hotels, experimented with Air BNB. Nothing compares to this amazing resort. From the minute you walk in the door every staff member you will encounter will make you feel like they are your personal concierge. Situated right on the beach and adjacent to the main square, you will park your car and never need it again. I would compare this experience with taking a cruise except the rooms are HUGE and have enough kitchen supplies you could easily handle meals there if you choose. But why do that with a free breakfast, really good coffee which is plentiful 24 hours a day. The lobby is more like a really inviting social area with a bar and often live music. People seemed to not love the restaurant but I disagree. We ate dinner there twice and it was outstanding. We had the crab cakes, seafood Mac and cheese (huge portion! Order it to share!) great salads fish tacos. Every item was lovely I felt the prices were reasonable considering the ambiance and very good service and nice portion size. The gym is perfect and the pool really nice. In short — treat yourself and you will not regret it. Infinite thanks to the staff here at the Marriott Residence Inn!!

Stayed at the Marriott Bethany Beach because of a wedding. The ceremony was scheduled at a nearby venue for 5 PM. We arrived around 3:15 with plenty of time to freshen up a little bit. But we were informed that we could not have our room, because it was 'not ready'. Actually "that it was ready, had been cleaned, but was awaiting housekeeping inspection". We only would have to wait 10 minutes.
They took us to the other part of the hotel across the street to wait in a corner of a hallway on the 2nd floor near a laundry room till close to 4:30 PM. Then the busboy appeared again and took us to our room on the 3rd floor. After a little fumbling on his part and questioning by us, he opened the door hesitantly and there were people inside the room. General confusion ensued. A female with a clipboard then exited quickly and sheepishly, followed surprise, surprise, by an embarrassed male. They both slunk away without apology or explanation. This then, we were told later on, was the 'housekeeping inspection' cadre which inconvenienced us so terribly. The closest bed to the door had a very squashed down concave duvet. Of course, we were late to the wedding and missed part of the ceremony. As for the other personell there, they were extremely friendly and accommodating young people from Eastern Europe and Serbia in particular, recruited by Marriott. The room was only fair, had a weird smell, and one was privy to every noise made in the adjacent room. I would NEVER EVER stay there again.

Thank you for taking the time to share your experience with us. While I am delighted to hear that you enjoyed our friendly and accommodating staff, I am sorry to hear that we were not able to check you in prior to our posted check in time due to high occupancy. The associates you've mentioned exiting the room were our housekeeping inspectors. We must inspect every room prior to guest arrival to ensure the room meets our high standards of cleanliness and condition. Our inspectors would have been surprised to see you waiting outside of the room, as this is not typical. I would be happy to discuss your stay further and invite you to contact me at the hotel at your convenience.

Report response as inappropriateThank you. We appreciate your input.
This response is the subjective opinion of the management representative and not of TripAdvisor LLC
KJPhillips419
2
Reviewed 4 September 2019 via mobile
Great hotel!

Great hotel with beautiful view, amazing location and service!! We especially enjoyed the indoor/outdoor pool, spacious rooms with kitchenettes, and helpful staff! This was our first trip to Bethany Beach and this hotel did not disappoint. We highly recommend it!