Hawthorn Suites by Wyndham Panama City Beach FL
3 people are viewing this hotel
Lock in the lowest price from these sites
US$139
US$105
View deal
FindHotelUS$105
PricelineUS$105
Hotels.comUS$105
Expedia.comUS$105
Orbitz.comUS$105
Trip.comUS$139
View all 18 deals
Prices are the average nightly price provided by our partners and may not include all taxes and fees. Taxes and fees that are shown are estimates only. Please see our partners for more details.
toxicbob55
Panama City, Panama
1

The room and hotel was disgusting in general. The floor in the room had a very sticky spot where it was obviously not cleaned, and the mirrors were still dirty with smudges. Good luck on walking around in your room, because your feet bottoms will become black with dirt. You can tell that the room has been updated, but clearly someone is not inspecting the work because the finishes are horrible. We had gotten in late so went to the front desk the next day to explain the situation and the front desk clerk was extremely rude. We asked for the manager who we were told was unavailable, but later found out was standing there the whole time and not intervene. We would have checked out immediately, but was told that we had already been charged and she would not refund our money. The pool was dirty as well and had no chairs around it at all. The rooms are also noisy from the traffic going by so do not expect to sleep in, if that is your intent. I would like to say that the night time front desk lady was extremely nice and as helpful as she could be under the circumstances, the real issues lie with day staff and management.More 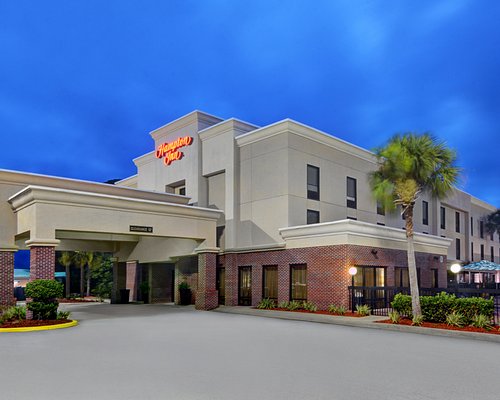 Bikini Beach Resort
US$197
Booking.com
View deal
Free cancellation
Official Hotel
US$219
Agoda.com
US$178
Priceline
US$197
View all 18 deals from US$178
600 reviews
4.3 km from Hawthorn Suites by Wyndham Panama City Beach FL
We compared the lowest prices from 18 websites 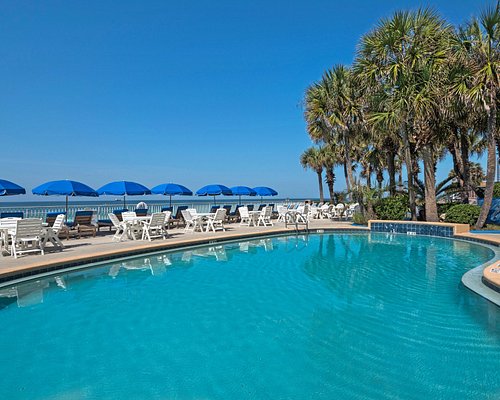 I checked in at 2am, paid 128$ to sleep there was placed in “the only room available” which happened to be the ONLY room with Walmart blinds! So as soon as the sun was up so was I! Went to take a shower and the shower did NOT work, tried to call the front desk and the phone did NOT work either, so I went down to the desk and the guy was very rude and told me basically there was nothing he could do for me because he had no other rooms cleaned! So I did not even get to shower! Offered no kind of discount or anything! And I was only in the room for about 6 hours! I would NOT recommend this hotel at all! Better off sleeping in your car!

This review is the subjective opinion of a TripAdvisor member and not of TripAdvisor LLC
jerry2182021
Duluth, Minnesota
1
Reviewed 1 March 2021
Nice place

Staff was very nice and helpful during our stay. The Facility was clean and getting new furniture which will enhance our next trip. Rooms are clean and spacious. Our room had a balcony that was very nice for our dog.

Review collected in partnership with this hotel
This business uses tools provided by Tripadvisor (or one of its official Review Collection Partners) to encourage and collect guest reviews, including this one.
Ask jerry2182021 about Hawthorn Suites by Wyndham Panama City Beach FL
Thank jerry2182021

This review is the subjective opinion of a TripAdvisor member and not of TripAdvisor LLC
Randal B
New Braunfels, Texas
19928
Reviewed 3 February 2021
Nice Room, but...

The room was very nice and updated inside. The bed was very comfortable. The lobby was mess, I'm assuming due to the recent storm that hit several months ago. There was no breakfast available, just a pot of coffee. The staff was very friendly and made it easy to park my truck and a car in tow behind it. The location is fairly close to some of the popular restaurant's. All in all not a bad place at all to stay the night.

The Hawthorn Suites was a great hotel for the price and easy access to everything. Will definitely stay here again. Hopefully breakfast service will go back to normal as health regulations become more relaxed or controlled.

Review collected in partnership with this hotel
This business uses tools provided by Tripadvisor (or one of its official Review Collection Partners) to encourage and collect guest reviews, including this one.
Ask tjhamiltonsales about Hawthorn Suites by Wyndham Panama City Beach FL
Thank tjhamiltonsales

This review is the subjective opinion of a TripAdvisor member and not of TripAdvisor LLC
lconroy864
Easley, South Carolina
1
Reviewed 29 August 2020
Lovely stay

Review collected in partnership with this hotel
This business uses tools provided by Tripadvisor (or one of its official Review Collection Partners) to encourage and collect guest reviews, including this one.
Ask lconroy864 about Hawthorn Suites by Wyndham Panama City Beach FL
Thank lconroy864