The hotel was very convenient. We would definitely stay here again. The children will bring their bathing suits next time. The staff was very nice and the breakfasts were very good. The rooms were comfortable.

See all 614 reviews
Nearby Hotels 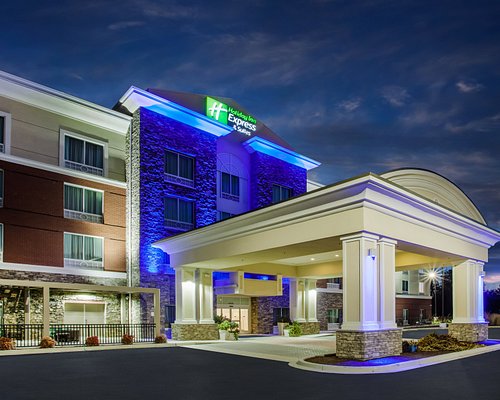 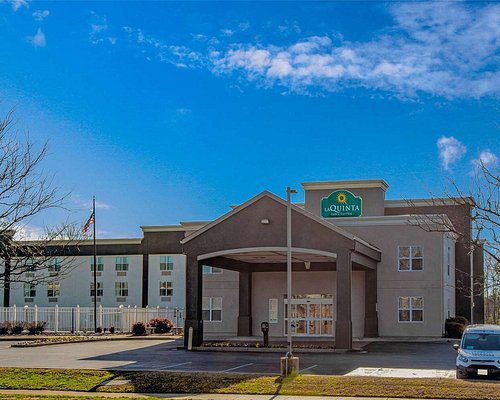 The pool could have been cleaner. And the cleaning staff didn’t have to bang on the door waking up my sleeping kids. And I thought the sheets were changed daily but discovered this wasn’t the case when the same Cheeto crumbs from the day before were still on the bedding after the cleaning crew had come in. Otherwise, everything was great.

This review is the subjective opinion of a Tripadvisor member and not of TripAdvisor LLC.
OnAir36850
1
Reviewed 16 November 2021
Clean room with friendly staff

Rooms are clean but bed was uncomfortable (hard). Walls are thin and if your a light sleeper will heard noises easily. I was placed to room next to a breakfast prep area but assured they were quiet. Wrong! The noises started at 5:45am with tables being moved and cabinets being opened and closed continuously. Breakfast area was clean and food good.

This review is the subjective opinion of a Tripadvisor member and not of TripAdvisor LLC.
MIKExcx
Traverse City, Michigan
1
Reviewed 15 November 2021
Nice place to stay

We were visiting our son at the Naval Air Station and decided to try this hotel. I was pleasantly surprised by the courteousness of the staff the quality of the room and the complimentary breakfast. This hotel is within walking distance of major shopping outlets and a short drive from many nice local and chain restaurants. They also refreshed the room each day. I consider this a major perk in this day of petrified covid inn keeping BRAVO!!!

This review is the subjective opinion of a Tripadvisor member and not of TripAdvisor LLC.
davidnamy2
Santa Paula, California
1
Reviewed 4 November 2021
Family Time

This review is the subjective opinion of a Tripadvisor member and not of TripAdvisor LLC.
artp773
Keswick, Virginia
7343
Reviewed 28 June 2021
Poor Management!

A VERY loud party was allowed to continue from 10:30PM until 2:00AM consisting of a car parked directly in front of the entrance with the doors open, loud music, yelling. etc. When speaking with the General Manager two business days later, he claimed that he shut it down at Midnight. It was shut down after I called the front desk and threatened to call the police.
On the other hand, if you don't care about your fellow travelers and want to raise the roof, this is the place for you. They won't do anything unless someone threatens to call the police.

Thank you for taking the time to reach out to us. We are saddened to know that your experience was anything less than satisfying due to the noise from other guests and the service at that time. As we pride ourselves on delivering a memorable hotel experience, we are sorry that we failed to meet your expectations during your stay. We hope that you will reconsider and give us another chance to provide you an experience that is truly excellent in all aspects.