My favorite home away from home! - Review of Dunes Manor Hotel, Suites & Court

Dunes Manor Hotel, Suites & Court
Dunes Manor Hotel, Suites & Court
6 people are viewing this hotel
Lock in the lowest price from these sites
US$71
Reserve now, pay at stay
View deal
Expedia.comUS$71
Hotels.comUS$71
PricelineUS$71
FindHotelUS$71
Agoda.comUS$71
Trip.comUS$71
View all 19 deals
Prices are the average nightly price provided by our partners and may not include all taxes and fees. Taxes and fees that are shown are estimates only. Please see our partners for more details.
Butterflytoes
16

My favorite home away from home!

I absolutely love this hotel. The rooms, the staff, the oceanside balcony and scenery- spotlessly clean and not a lot of awful chemical smells. I have terrible allergies to strong chemicals and fragrances and this place is perfect. I drove in solo to sit by the sea and get some writing done and had an amazing trip. This is my fourth stay here and I'm coming back in a few months. I wouldn't stay anywhere but here when I'm coming to OC! #BestHotelMore

First, I must say “butterflytoes” is a rather interesting name and I am sure there is a great story behind it that you will have to share with us one day. It is a pleasure to be considered your home away from home. We do our best to make our guests feel at home when they visit the Manor and it is very rewarding for us to read that we accomplished that. I look forward to welcoming you home the next time you are in Ocean City.

Report response as inappropriateThank you. We appreciate your input.
This response is the subjective opinion of the management representative and not of TripAdvisor LLC
See all 5,001 reviews
Nearby Hotels

Hotels.com
View deal
eDreams
Trip.com
US$933
FindHotel
View all 19 deals from US$933
377 reviews
We compared the lowest prices from 19 websites 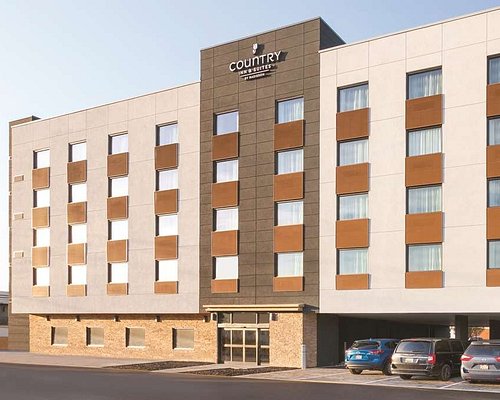 Our stay at Dunes Manor Hotel was excellent as usual. The friendly and courteous staff was a highlight of the hotel along with the beautiful view . The pool area was well maintained and the cleanliness of the whole grounds was appreciated. We thoroughly enjoyed the breakfast.

Thank you for staying with us again and for writing a review on tripadvisor.com. The associates that work at the Dunes Manor are what makes the Hotel such a special place. They uphold our founder’s dream and work hard to exceed the expectations of our guests. We look forward to welcoming you back on your next visit.

Report response as inappropriateThank you. We appreciate your input.
This response is the subjective opinion of the management representative and not of TripAdvisor LLC
Margaret L
Sterling, Virginia
58
Reviewed 17 May 2015
Beautiful room with beautiful view of the beach

Beautiful room and beautiful beach! Loved the location as it is right next to the boardwalk but has its own beach. The view from our room was beautiful!! I also loved the afternoon tea at 3:00 pm daily and the jewellery shop is great too!

Thank you for being our guest and for taking the time to write a review. Our location certainly has a lot of advantages, not the least of which is being oceanfront. I hope we will have the opportunity to serve you again in the future.

Report response as inappropriateThank you. We appreciate your input.
This response is the subjective opinion of the management representative and not of TripAdvisor LLC
TFopinion
Pennsylvania
567255
Reviewed 16 May 2015
Changes Underway

I last reviewed the Dunes in 2012 and essentially my original comments hold true as it remains our first choice in Ocean City, MD but changes are underway. Upon arrival we first noticed that the newspaper and vending machines on the lower level had disappeared, a shadow box of the Dunes Manor history had taken its place, new carpet was being laid and the snacks previously sold in those vending machines were now at the Front Desk. Front Desk personnel looked smartly dressed and more professional than I recall - all good changes.

The Zippy Lewis Lounge is undergoing what I guess is a facelift to make it look more upscale. The bar's been changed, fancy lighting added and new furniture, we heard, is on its way. Don't be surprised if the older guests don't like high tables. The new look is OK but the help yourself popcorn machine is gone - one of our favorites. Yea they have popcorn behind the bar but you have to ask for it and if the bartender is busy, you may wait awhile. The wing and shrimp appetizers were not as tasty as before - wings were way too hot for mild and skimpy in size plus the shrimp looked way scant of 1/2 lb. (compared to the 1/2 lb we had at Bull on the Beach) plus they were undercooked and used too little Old Bay. Too bad - didn't order again during our 4 night stay. But did enjoy a few drinks at the bar with Chaz and Mike, the bartenders. They make the place (see you next time Terry).

The bed is hard, as other posters have commented, but our room was very clean, quiet due to the small crowds in-house days before Spring Fest. Wi-fi throughout the hotel is a disaster - comes and goes - and heard more than one guest complaining about it. But with the great temps during our stay, we slept with the windows open every night - hearing the waves, what a way to fall asleep. While our room was excellently maintained, I can't say that for the 9th floor elevator lobby area. When we checked in on a Sunday, there was dried, spilled coffee on the chair rail by the elevator and on the tile floor. It stayed there until we checked out on Thursday and maybe is still there a week after we checked out. Seeing something like this go unnoticed spoils the rest of the positive guest experience.

We heard there are more changes coming in an attempt to upscale the Dunes Manor under same owners but new, 'professional' management. While the changes we saw so far for the most part seem appropriate, I suspect the extent of future changes will have to reconciled against the impact they may have on their older, loyal clientele who like Dunes Manor just the way it is and made it into what it is today. Guess we'll have to stay tuned and see if Dunes Manor has to eventually reinvent itself.

Thank you for your review and for being our guest. We appreciate comments such as yours, especially as we make enhancements at the Dunes Manor. I say enhancements, because we seek only to enhance our founder’s dream, not change it. There is careful and considered thought behind each enhancement before it is implemented. Ownership is very much involved with the Hotel and its legacy.

We hope to see you again soon and look forward to your next review.

Report response as inappropriateThank you. We appreciate your input.
This response is the subjective opinion of the management representative and not of TripAdvisor LLC
Drivenfly
44
Reviewed 15 May 2015 via mobile
Relaxing days on the beach

All rooms with sea view, dining room with French windows to the beach. Nice decoration and relaxing atmosphere. Enjoyed the complimentary afternoon tea. Friendly, helpful staff, especially Tom at the reception desk.
Would love to come back!

Thank you for being our guest and for taking the time to write a review. We have a great team and consider ourselves fortunate to have associates like Tom. I hope we will have the opportunity to serve you again in the future.

Report response as inappropriateThank you. We appreciate your input.
This response is the subjective opinion of the management representative and not of TripAdvisor LLC
Marie D
Monroe, Connecticut
14
Reviewed 15 May 2015
A place I can't wait to come back to!

I was looking for a place that was quiet. We spent 5 nights and slept very well. I opened the window and listened to the ocean breeze at night. We loved afternoon tea and crumpets and the old fashioned sing along on Thursday night
with piano accompaniment. Everyone was very friendly. We would love to visit again!

Room tip: We asked to be away from the elevator. We were at the far end of the 5th floor.
Ask Marie D about Dunes Manor Hotel, Suites & Court
4  Thank Marie D

Thank you for visiting us on your recent trip to Ocean City. We do “quiet” very well at the Dunes Manor; that is if you are not in the Lobby during our piano sing along. Being able to open your window and hear the ocean is something our guests absolutely love. It surprises me that people will travel to Ocean City and stay at hotels that are not on the beach. I know they serve their purpose, but you just miss out on the whole oceanfront experience. I hope that we will have the opportunity to serve you again.

Report response as inappropriateThank you. We appreciate your input.
This response is the subjective opinion of the management representative and not of TripAdvisor LLC
View more reviews
PreviousNext
1…696697698…