US$74
View deal
Hotels.comUS$74
Orbitz.comUS$74
TravelocityUS$74
CheapTicketsUS$74
TripadvisorUS$74
StayForLong
View all 13 deals
Prices above are provided by partners for one room, with variable occupancy rules as provided by the property, and do not include all taxes and fees. Please see our partners for full details.
Laura C
Geneva, Switzerland
76

Loved our stay in Acquacalda

We were very warmly welcomed at the NerOssidiana Apartments by Giovanna, who helped us with bookings and information all week. The apartments are very comfortable, just like the photos. I loved watching the Stromboli volcano smoking and beautiful sunsets from our terrace. Acquacalda is a small village, perfect for a quiet beach holiday. The local cafés have fresh tasty food and it is accessible by the local bus which runs about once an hour and stops right in front of the apartments. Lipari and Canetto are a short ride away, as are several other beaches. We loved how quiet and relaxing everything was. If you are looking for a tranquil escape and very friendly service, this is the place for you. More 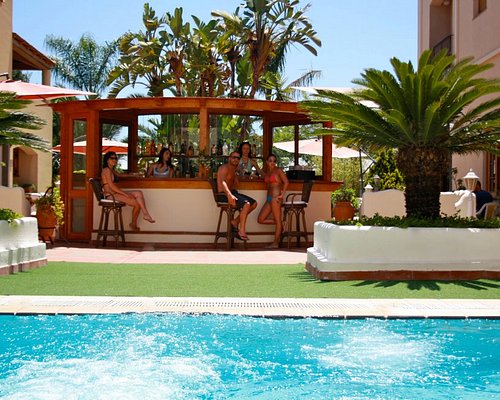 eDreams
View deal
Expedia.com
US$65
Booking.com
US$60
ZenHotels.com
US$73
View all 15 deals from US$60
137 reviews
5.8 km from Residence NerOssidiana
We compared the lowest prices from 15 websites 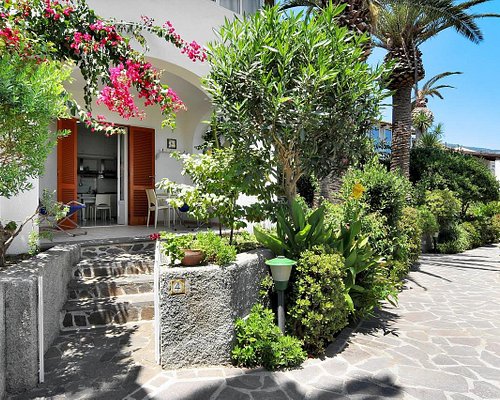 Loved it! Residence NerO is in Acquacalda - about 20 minutes from the main port town of Lipari. Aquacalda is quiet beach community that is welcoming and relaxing. There are a few places within walking distance for breakfast and dinner (the options are limited but all good, especially the lunch/dinner place that is directly on the beach). You will need a rental car if you stay here, and probably if you visit Lipari no matter where you stay. There are good rental options that you can find online in the town of Lipari right near the ferry and a reservation is essential. Giovanna, the manager, is wonderful. I read some reviews involving cleanliness issues - the large 2 bedroom apartment we stayed in was immaculate in all respects. It looks like the “residence” has 15 or so apartments and mostly seem to be 1BRs or efficiencies, but our group of 4 stayed in one of the 2nd floor larger apartments. Nice views of the ocean right in front of the facility. Note, there is no front desk or restaurant or concierge here. If you want early coffee, ie, before 8 am when one of the nearby cafe opens, you will need to make it yourself. There is a small but well stocked market a 5 minute walk down the Main Street and we stocked up there on milk and sugar and espresso for the Biglietti in the room (NOTE to GIOVANNA - a larger one would be welcomed for an apartment this size) and a few other provisions like bread and cheese. This worked out fine. You should be aware that there is no daily maid service to my knowledge (if this is important, ask and perhaps it can be provided) but the apartment we were in had a washer/dryer. One of the bedrooms had nowhere to put clothes - ie, a luggage rack for a suitcase, or a closet over even hookson the wall and this was bothersome - but the other bedroom had a decent closet. With these observations, I still recommend RNO highly and I would definitely return.

This review is the subjective opinion of a Tripadvisor member and not of TripAdvisor LLC.
mircoa851
Milan, Italy
2
Reviewed 16 August 2018 via mobile
Wonderful vacation with friends

We stayed for 5 days in this wonderful, well clean apartment, with 2 astonishing sea view, for 6 people. We found everything clean, starting from the kitchen to the bathrooms and the rooms. The apartment is located in a very cozy street in Acquacalda, really close to the sea, so it's perfect for the people who want to chill out without being disturbed. We didn't have any kind of problem and the owner of the apartments was really friendly and available to give us any information we needed or to solve any kind of problem. I think we didn't find someone so easy-going and friendly before as her.
In order to spend your vacation in Lipari, i really recommend this place, without any doubt. I'll come back there for sure, if I'll have another possibility to visit this island.

This review is the subjective opinion of a Tripadvisor member and not of TripAdvisor LLC.
DSULLYX
3
Reviewed 24 September 2017 via mobile
Amazing holiday with family & friends

Amazing place. The apartments are really nice, clean & spacious. The location is fantastic ... right in front of a pebble beach with crystal clear water and amazing views. The host Giovanna is so welcoming that you immediately feel at home. She is very helpful and always ready to offer advice with a smile. A big thank you to Giovanna who was exceptional. Also the cafe next door offers delicious granitas and brioche from where you can relax and take in the view.

This review is the subjective opinion of a Tripadvisor member and not of TripAdvisor LLC.
GracielaBZ
Portland, Oregon
2
Reviewed 29 June 2017
Spacious and airy apartment a few steps away from beautiful Tyrrhenian sea.

Very clean and spacious apartment just steps from Acquacalda beach in Lipari. Enjoyed my stay there greatly. The staff was friendly; Giovanna in particular was not only highly professional but also welcoming and most helpful with sightseeing tips and transportation options. I highly recommend NerOssidiana.

This review is the subjective opinion of a Tripadvisor member and not of TripAdvisor LLC.
jilldag
Haymarket, Virginia
136
Reviewed 18 August 2015
Absolutely Filthy

We decided on this place for several reasons. One was all the positive reviews. Another was because of the kitchen, washer, air conditioning, and large accommodations for our party of six.
As we drove up, it looked pretty nice and well maintained, but when we were shown the apartment, which we were told was the largest and nicest residence, we were completely disappointed.
We walked in and the apartment smelled of mold. As we started to look around we noticed that the pullout couch, where my children were supposed to sleep, had mystery stains all over it, as well as the matching chair. The sheets and mattress also had hairs and stains. The kitchen had mold in the refrigerator and the freezer had some sort of brown cloudy film on all the drawers that should have been clear. There was smeared food on the counter, the bread basket on the table had mold in the bottom, and the pots and pans were caked with dried food. There was a rack, inside the cabinets, over the kitchen sink to dry dishes, and there was mold all over the rack! As we moved to the bathroom, it had mold and mildew in the shower and the shower door was caked with soap scum. The air conditioning units, of which there were two, were full of dust. The other two bedrooms were not as bad as the rest of the apartment, but they were not fresh and clean, as one would expect. We were so disgusted that we decided to leave immediately, but only after taking pictures so that we would have proof of all that we encountered. We did not spend more that 30 minutes, and as we tried to leave, the door was stuck and we couldn't even get out! After the family from across the hall heard all of the commotion, they called for help and we were told later that the lock was temperamental! That would have been great information to give earlier, don't you think?
In all fairness, they did try to give us another residence, but we could not imagine it being any cleaner than the one that we were shown, so we left, and we were able to get our money back! Thank goodness!
We stayed in many places on our vacation this summer, and we only walked out of this one for those readers who may think that we are too picky...