Best hostel in Leon - Review of Poco a Poco Hostel

US$17
View deal
Free cancellation until 28/01/22
Reserve now, pay at stay
Agoda.comUS$17
StayForLong
Expedia.com
View all 11 deals
Prices above are provided by partners for one room, with variable occupancy rules as provided by the property, and do not include all taxes and fees. Please see our partners for full details.
Mec224
Philadelphia, Pennsylvania
8931

Don't hesitate to book here - I checked out the other popular hostels in Leon (big foot, via via, etc.) and this was by far the best. Dorm rooms are clean, staff is very attentive and responsive on WhatsApp (shout out to Erick) and there are nice hammock areas. I liked the street it was on too as it was in town and close to everything but more picturesque than some of the other hostels. More

Thanks for your review and kind words. We are proud that you had such a good time with us at Poco a Poco!

Report response as inappropriateThank you. We appreciate your input.
This response is the subjective opinion of the management representative and not of TripAdvisor LLC
See all 238 reviews
Nearby Hotels 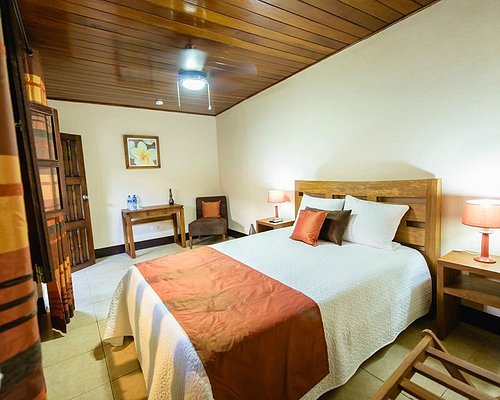 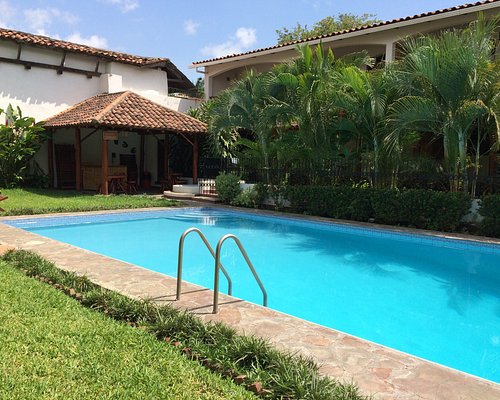 Priceline
View deal
Free cancellation
Reserve now, pay at stay
Booking.com
US$68
eDreams
US$68
Agoda.com
US$68
View all 5 deals from US$68
282 reviews
0.5 km from Poco a Poco Hostel
We compared the lowest prices from 5 websites
Breakfast included
Hotel El Convento

Travelocity
View deal
Orbitz.com
Booking.com
US$132
Priceline
View all 8 deals from US$132
420 reviews
0.1 km from Poco a Poco Hostel

The hostel is large, clean, equipped, well-located. The best benefits are the very kind and helpful staff, the free breakfast, and the social non-party vibe of the guests. The water pressure in the showers is so low many are unusable. Fixing that would earn 5/5 stars.

Hola,
Thanks writing us your review and thanks for the feedback. We know the waterpressure is superimportant when you are in the shower. We have a seperate pressure pump which (normally) works really well. We have had it checked and it was leaking some water, so we had that fixed the same day. Thanks for letting us know, the problem should be solved by now.
Hope to see you again and we are happy that you enjoyed our vibes!

Report response as inappropriateThank you. We appreciate your input.
This response is the subjective opinion of the management representative and not of TripAdvisor LLC
sadeeyor
Glasgow, United Kingdom
29858
Reviewed 7 March 2020
Hamaca a Hamaca

Que Calor, Leon!
Northwest Nic is a sharp hot shock when accustomed to Carib summer rain, especially when dehydrated by demasiado cerveza further up the road.
Poco a Poco, with genial hosts Henry & Eric, was hammock to hammock rehab for a couple of days, where I was resident perezoso sloth, literally hanging out in the courtyard, where the fans nearly matched my lazy bones, yet better than sweating in the stuffy dorm. But the sign of a laid-back hostel: no one was judging, or at least never nudged me with any ahems.
To my credit, I did sledge-surf the ash-cone of Cerro Negro, not as zestily as most, but the hangover didn't quite quell the thrill.
Poco a poco, toddling the baking calles of Leon, though not a patch on colonial charms of Granada, far less Antigua, not unpleasant - most Central Am cities are pretty grim. Get out of town to the landscapes and pueblos and you've got the corazon.
Gracias para el descanso, amigos, while I gathered energy levels and sinews, heading up for hiking in the northern highlands where a peely-wally Scotsman feels more at home.

Thanks for your review buddy, keep on traveling and hope to see you again in one of our hamacas :)

Report response as inappropriateThank you. We appreciate your input.
This response is the subjective opinion of the management representative and not of TripAdvisor LLC
PeterS54321
6
Reviewed 18 January 2020
Nice place

Poco a Poco made our stay in Leon unforgettable. Great staff, clean rooms , lots of information and fun activities. Close to the central park, and some nice bars and restaurants. Definitely recommended!

Hola ! Thanks a lot for your really nice review, it is really important for us :))) Wish you all the best

Report response as inappropriateThank you. We appreciate your input.
This response is the subjective opinion of the management representative and not of TripAdvisor LLC
356fraukeb
Dortmund, Germany
1822
Reviewed 14 January 2020
Perfect little hostel with a lot of charm in Leon!

I chose the Poco a Poco Hostel based on its good reviews and stayed there for 3 nights over Christmas in 2019 - and I LOVED IT!!!
I stayed in the premium / deluxe dorm with aircon and although it was at least a 10-bed dorm it turned out to be spacious and I slept wonderfully. It also had its own bathroom attached to the dorm. The hostel itself is divided into several little chill zones with makes up part of its charm. You can sit and relax on the roof top, chill at own of the sofas or hang out in one of the hammocks. There is also a communal kitchen where you can prepare your own meals if you chose to do so (there are also plenty of restaurants around). This is also where the included breakfast is served each morning.
The staff is super helpful and on Christmas Eve they even prepared a special meal for us and decorated the dining area which was very lovely!!
And for every other day of the week, the hostel planned activities in the evening in case you get lonely.

Thanks a lot for your amazing review ! I am glad you liked the hostel and the christmas dinner as well haha. Enjoy your trips and you will always be welcome to come back !

Report response as inappropriateThank you. We appreciate your input.
This response is the subjective opinion of the management representative and not of TripAdvisor LLC
ikyria984626
Rethymnon, Greece
3
Reviewed 11 January 2020
Worth staying

Friendly staff doing their best to keep us sstisfied, clean rooms, great atmosphere, ideal for meeting travellers and exchange experience. Quick response. There are activities to keep you busy every evening.

Trip type: Travelled solo
Review collected in partnership with this hotel
This business uses tools provided by Tripadvisor (or one of its official Review Collection Partners) to encourage and collect guest reviews, including this one.
Ask ikyria984626 about Poco a Poco Hostel
Thank ikyria984626

Thank you for your review, you explained very well what we are trying to do, it looks like it works ! Thanks again

Report response as inappropriateThank you. We appreciate your input.
This response is the subjective opinion of the management representative and not of TripAdvisor LLC
View more reviews
PreviousNext
123…
<script type='text/javascript' crossorigin='anonymous' async onerror='__scriptLoadError(this,true);' src='https://static.ta