Sonesta ES Suites Parsippany Morris Plains
Sonesta ES Suites Parsippany Morris Plains
Lowest prices for your stay
Lock in the lowest price from these sites
US$117
Reserve now, pay at stay
View deal
Expedia.comUS$117
Hotels.comUS$117
TripadvisorUS$117
Priceline
FindHotelUS$117
eDreamsUS$117
View all 18 deals
Prices are the average nightly price provided by our partners and may not include all taxes and fees. Taxes and fees that are shown are estimates only. Please see our partners for more details.
joni960
Philadelphia, Pennsylvania
142106

I stayed in a King-bedded room for one night during a business trip. The room was freshly renovated and everything looked brand new. There was still a faint odor of fresh paint from the renovation. The room was clean, spacious comfortable and quiet. The breakfast was standard Residence Inn and there was plenty of space to sit. The Gatehouse where they serve breakfast is not connected to the rooms, so you have to walk outside to get to breakfast, which is a minor annoyance if the weather does not cooperate.

See all 146 reviews
Nearby Hotels 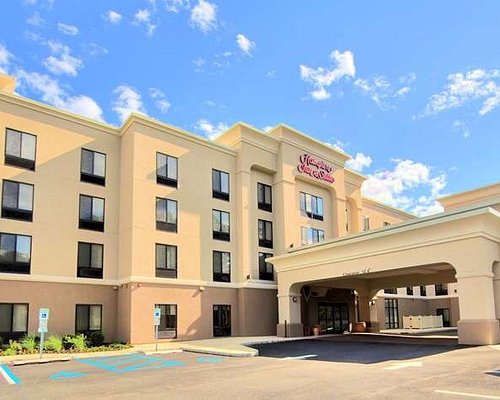 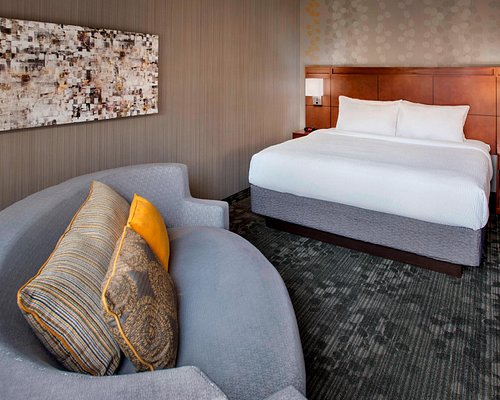 Courtyard by Marriott Parsippany
US$134
Tripadvisor
View deal
Pay up to 12X
Hotels.com
Courtyard
US$134
Booking.com
US$134
View all 18 deals from US$134
262 reviews
3.7 km from Sonesta ES Suites Parsippany Morris Plains 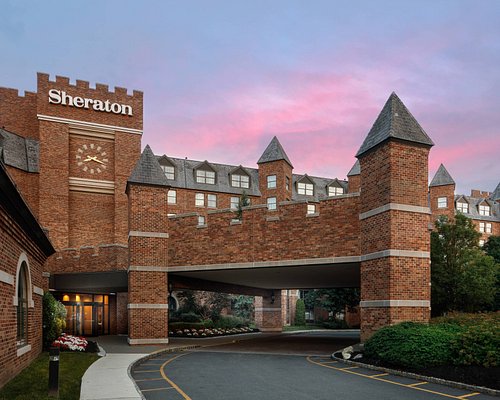 Stayed one night. Quiet area, also close to main road. Clean, functional room with all necessities. Plenty of space for rest and work. Small kitchen area with all appliances. Good quality toiletries. The bed was comfortable, all linens clean and pillows soft. Hot breakfast with pretty good variety of food including fresh fruits and yogurt. Coffee was very good! Lisa at the front desk was very friendly and helpful. I did like this hotel and will come back when I have next visit to this area.

Thank you for your feedback, Lubov S. Everything you described with your experience is how we want all experiences to go in our hotel. We will certainly share your feedback of Lisa with our team. We look forward to you visiting us soon again!

Report response as inappropriateThank you. We appreciate your input.
This response is the subjective opinion of the management representative and not of TripAdvisor LLC
flrusso561
1
Reviewed 17 September 2019
Sleepless in Parsippany

Upon checking in, the first question I was asked was, "will you be spending a lot of time in your room during the day?" I looked at the lady checking me in with what was probably the weirdest face...as I was unsure how exactly to answer her, so I asked her "why?" Turns out the room they were going to put me in was having construction done on the floor overhead. why would anyone think that that would be acceptable, especially since I was planning on staying a full week?! by some miracle, another room opened up in another building that while there was no construction overhead, it was adjacent to where all the construction equipment was being stored. imagine banging doors from the storage containers, the BEEP BEEP BEEP of heavy equipment moving stuff around...there really was no way to escape the noise, obviously if I had been told ahead of time about the construction, I most likely would not have booked this location. then there was the exterior door that was in line with the head of the bed. every time someone opened the electronic lock, it sounded like someone was loading shells into a shotgun, that went on into the wee hours of the night, every night. mattress was too hard, pillows were too soft. on a positive note, the wifi was excellent, as was the bathroom.

I apologize for your experience in the hotel. Believe me, we are excited to be completed with the renovation ourselves (completion by the end of the year) and look forward to having a newer, fresher product for all of our guests. Regarding your experience at check-in, I understand how that strange that encounter could have been. Truth be told, we look out for all of our guests and understand that some of our guests may be inconvenienced because of the construction. I believe that line of questioning came from our team member recognizing that some people are more apt to feel indifferent to their location in the hotel if they were not occupying a room during the work hours of construction. We were simply gauging your thoughts on the situation. Please, I want to invite you to give us a try again when we are fully completed at the hotel. Just let me know when you may visit the area again and I'll be happy to see what I can do to help - 973-984-3313.

Report response as inappropriateThank you. We appreciate your input.
This response is the subjective opinion of the management representative and not of TripAdvisor LLC
David R
2
Reviewed 12 September 2019
Good luck getting assistance

We arrived at 9:30 PM after a very long day that began at 5:00 AM and were given a suite that was handicapped accessible even though none of our group is. The first thing we noticed was broken cupboards under the sink. Livable. In the morning we discovered that the floor for the accessible shower does not have any type of slope towards the drain which meant that water went everywhere. With a family of 5 in the suite the issue was first to get everyone ready before we left for a family reunion. So, given the drain we created a dam with towels to hold the water back. After everyone was done I went to the desk to simply get additional towels, changing rooms would have taken too much time, I simply wanted towels. I found no one at the desk but was told by a breakfast staff member, apparently stationed there, they would be back in "five minutes". I waited for the five minutes and then realized the people I saw walking into the next building, that is being renovated, were in fact the desk help. I went out, saw a worker, asked him to get the staff and was told he did not speak English. I waited again and after several minutes saw another staff member who confirmed the desk help was in the building. And that was it. While my family finished getting ready I called the Marriott 800 number to see if customer service could assist us with getting more towels. That staff person eventually, in an 8 minute call, found someone. On Monday. after I return, I was sent a survey by the chain. I replied with what I've listed. I received a reply yesterday stating they were sorry for not meeting my expectations.
If your expectations include:
. not having broken cupboards.
. not having a shower where the water goes everywhere across the bathroom.
. having desk help actually at the desk and not touring another building
then do not stay at this hotel.
If you are fine with AWOL desk help and flooded bathrooms then it is the perfect hotel for you.
You will like the cleaning staff. They are very friendly and efficient. You will enjoy the breakfast. It is good and those staff members are very friendly and on duty. The location is very good but bring extra towels just in case.

Thank you for your response and for sharing your feedback about your experience. The message, although not ideal, helps us improve our operations every day. Please note that we are currently going through a full hotel renovation and will be completely overhauling our rooms. Regarding the Front Desk service, I would like to apologize for not being available when you needed them. I will certainly review your comments with the staff members and in particular, the staff member on duty that day, to understand why we were not available, and stress the importance of taking care of all guests.

I would like to invite you back into the hotel when we are fully completed our project (by the end of 2019) and provide you a flawless experience.

Report response as inappropriateThank you. We appreciate your input.
This response is the subjective opinion of the management representative and not of TripAdvisor LLC
Rick G
Las Cruces, New Mexico
10319
Reviewed 12 September 2019
My 6th stay as good as my 1st

I always stay here on Labor Day weekend and it always is a good stay. The rooms are extremely well kept and comfortable. The staff always friendly, the parking easy, and the location for me perfect

Thank you for your response, Rick G. We look forward to hosting your stay again next year when we unveil a new product!

Report response as inappropriateThank you. We appreciate your input.
This response is the subjective opinion of the management representative and not of TripAdvisor LLC
Sidecar61
Satsuma, Florida
33
Reviewed 7 August 2019 via mobile
Wont stay again