The hotel is very customer friendly...The reception is so satisfactory...We felt at home during our stay thereat.. It is very convenient to go to either New York city or to New Jersey easily and quickly. We stayed there and visited Ellis Island, Liberty Statue, Old Rail station which played an important role in transferring early immigrants. The next day we visited the wonderful monuments at New York and enjoyed our visit..On return to hotel, we were so happy to use the restaurant at the hotel and enjoy our food thereat...The hotel was very cozy and comfortable at affordable cost...We love staying there.

Room tip: One of the best hotels at affordable cost and sits in center to New York and New Jersey.
See all 348 reviews
Nearby Hotels 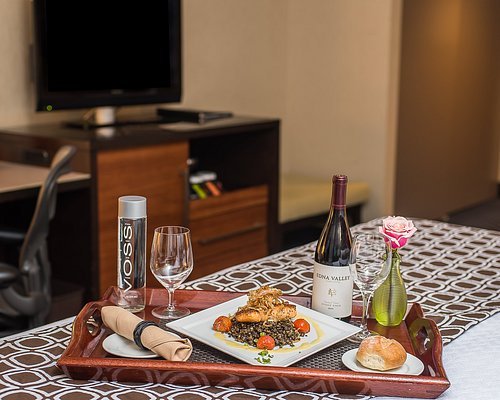 Expedia.com
View Deal
CrownePlaza.com
US$84
FindHotel
US$68
Booking.com
US$80
View all 17 deals from US$68
312 reviews
2.3 km from Courtyard Princeton 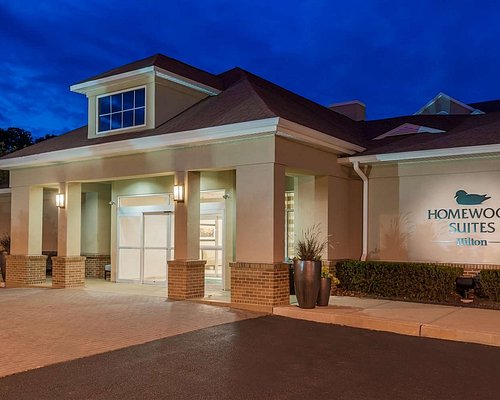 Expedia.com
View Deal
Homewood
US$99
FindHotel
US$81
StayForLong
US$111
View all 18 deals from US$81
795 reviews
0.4 km from Courtyard Princeton

Marriott Hotels
View Deal
Booking.com
US$89
Agoda.com
US$89
Priceline
US$89
View all 17 deals from US$89
665 reviews
3.0 km from Courtyard Princeton

HIExpress.com
View Deal
Free cancellation
Reserve now, pay at stay
Booking.com
US$80
FindHotel
US$68
StayForLong
US$94
View all 18 deals from US$68
187 reviews
2.2 km from Courtyard Princeton

Taking safety measures
We compared the lowest prices from 18 websites
Unlock Member Rates!
The Westin Princeton At Forrestal Village
US$101
Booking.com
View Deal
Westin.com
US$101
Agoda.com
US$101
Priceline
US$101
View all 18 deals from US$101
762 reviews
2.2 km from Courtyard Princeton

Agoda.com
View Deal
Free cancellation
Snaptravel
FindHotel
US$69
StayForLong
US$113
View all 18 deals from US$69
1,200 reviews
3.9 km from Courtyard Princeton

Apparently you are allowed to have hotel shaking parties in your room until 3:15am !!!!!
The room above us sounded as if they were wrestling , bowling , throwing furniture, or roller skating !! I called. The front desk & spoke to Damian 6x from 11:30pm until 3:15am
My daughter was crying “daddy pleAse make them stop”.
Here are Damiens responses :

I’m disgusted
The night staff needs to learn how to handle unruly & disrespectful patrons
The gold level loyal customers to the Marriott brand suffer!!
I’m completely disappointed & disgusted we had to spend our valentines weekend worrying about the ceiling caving in on us

So much for a restful night sleep

I wonder if this is how Hilton handles their hotel guests

On the other hand Robert at the desk in the morning was very caring , understanding,& professional - hopefully Damien can learn from him

Thank you for staying with us and your feedback regarding the noise complaint. I truly apologize for the noise issues and our lack of action in responding. This is not the standard for how we deal with guests who cause disturbances in our hotel. I will certainly share your feedback with our entire guest services team to ensure we do a much better job in the future. Thank you.

Report response as inappropriateThank you. We appreciate your input.
This response is the subjective opinion of the management representative and not of TripAdvisor LLC
OnTheGo46
Middletown, Delaware
2216
Reviewed 6 January 2020
Going into the City

My son and his friends wanted to visit NYC for the day. We typically drive to Princeton Junc and catch the train. This Friday they wanted to be able to stay in the city a little longer so I suggested a stay at the Courtyard. The Marriott was about a mile from the train station and offered free shuttles. Parking at the hotel is free. My son and his friends arrived early. Robert took care of getting them settled and on the shuttle. The three boys all agreed that Robert was nice, helpful and the hotel was nice as well. I'd read several reviews about his hospitality and can agree that he's the best. The room was nice, facing away from the traffic. It's definitely a great option for those wanting to visit NYc and not want to drive into the city and hassle with parking and higher rates for hotels.

This review is the subjective opinion of a TripAdvisor member and not of TripAdvisor LLC
ewachtler
Chagrin Falls, Ohio
36179
Reviewed 9 December 2019 via mobile
Can find better

This location is terrible, hard to get to right on the highway. Can hear the car noise from our room. Hotel was clean but could use some updating. Our bed was very hard and the tv was to the side of the bed instead of in front of it. We had a group of teenagers partying across the hall until 2am, front desk addressed it after several noise complaints. We were not compensated for that awful night but they did prevent it from happening again the next night. We are typically Hilton members but stayed here with a group. Would not return or recommend this particular location.

This review is the subjective opinion of a TripAdvisor member and not of TripAdvisor LLC
MekongTrader
USA
318
Reviewed 24 September 2019 via mobile
Pretty Bad, Even for a Courtyard

This place is pretty bad. On U.S. 1 - like, right on it if you’re unlucky enough to face that direction. First room I was given had an incredible sickly odor, as in waaaaaaay too much air freshener. Really cheap air freshener. Half a can is about what it stank like. Had something been decaying in there for weeks? Nauseating. On top of that, the toilet was running without any assistance from this global traveler. Second room - still that horrendous air freshener odor, but fortunately a little weaker.

It’s in Princeton, for Pete’s sake, not on the off-ramp to the Newark airport.

Leave your elite Bonvoy status at home if you think it’ll get you a better room when you have a more than legitimate complaint. I was moved down to the ground floor, still facing the highway. Gee, thanks.

Will book farther in advance elsewhere next time.

The room and public areas of the hotel were spotless. The night we stayed the lobby was mobbed with a group of student-athletes, but when we asked for a quiet room, we wre accommodated and didn't hear any noise.