Beautiful site, but a STINKING attitude to customer service! - Review of Ngepi Camp

Beautiful site, but a STINKING attitude to customer service!

Ngepi campsite is potentially one of the best campsites in Namibia. Unfortunately, their wonderful location has made them inexcusably arrogant. When we stayed there, it was winter and very cold in the morning and at night. During our 3 days there, the solar panels were broken so there was never hot water, and we were forced to shower in the middle of the day.

We had to repeatedly ask the manager (always having a drink in the bar) for toilet paper -his attitude was "it's Africa, don't let the little things worry you!”. At other times he just ignored the request. When even the cold water ran out, management’s attitude: "What's the problem? There's plenty of water in the river." (No, he wasn't joking.)

Overlander trucks are allowed to party, scream and shout until sunrise, and when we queried the noise level’s we were told the overlander business is more valuable than ours, so leave if you don’t like it.

Such a beautiful site, but such a STINKING attitude to customer service! If you're a more mature camper who'd like just a teeny shred of customer service, and an ounce of sleep, and maybe a warm shower, avoid Ngepi like the plague.More 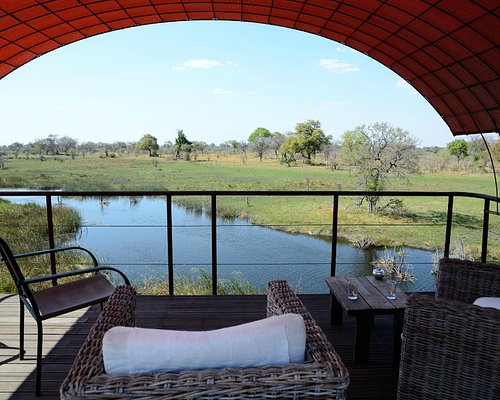 Expedia.com
View deal
Hotels.com
ZenHotels.com
US$347
Travelocity
View all 13 deals from US$347
306 reviews
213.0 km from Ngepi Camp
We compared the lowest prices from 13 websites 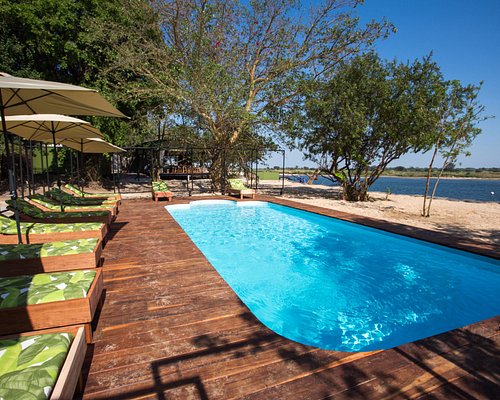 We were one night sleeping in a tree house. The room has the bath with the opened roof. The site is very nice and the dawn was impressive with the sounds of the animals and the fog on the river. Really it is a different place and makes you feel a bit adventurous. The staff are charming and very nice.