US$85
Free cancellation until 17/12/21
Reserve now, pay at stay
View deal
Hotels.comUS$85
FindHotelUS$85
Orbitz.comUS$85
TravelocityUS$85
CheapTicketsUS$85
HurbUS$85
View all 12 deals
Prices are the average nightly price provided by our partners and may not include all taxes and fees. Taxes and fees that are shown are estimates only. Please see our partners for more details.
TyraJetter
1

I really enjoyed my stay here. The staff is friendly and very helpful! I would like to give a special shout out to Ms. Nikki I was having an issue with checking in and she kept the situation pleasant and resolved the issue, she was great!More

Thank you so much for taking the time to share your wonderful experience with us! We are thrilled you had a great stay and that our amazing team member was able to assist you! We hope to welcome you again!

Report response as inappropriateThank you. We appreciate your input.
This response is the subjective opinion of the management representative and not of TripAdvisor LLC
See all 135 reviews
Nearby Hotels 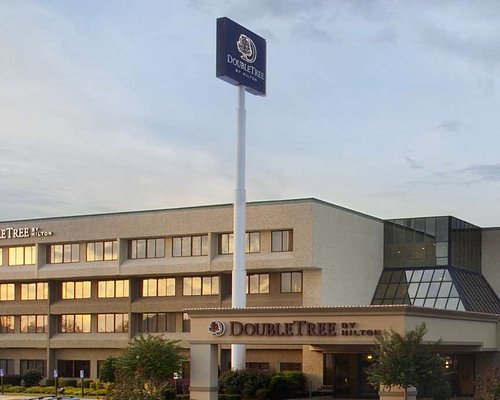 Expedia.com
View deal
Booking.com
US$105
FindHotel
US$89
Lol.travel
US$123
View all 20 deals from US$89
365 reviews
8.9 km from WoodSpring Suites Fayetteville 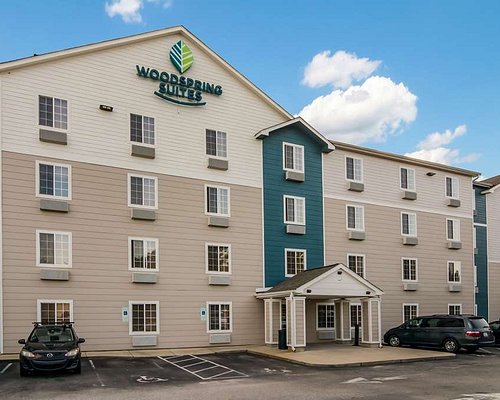 Expedia.com
View deal
Hotels.com
Destinia.com
US$124
Lol.travel
US$149
View all 17 deals from US$124
20 reviews
8.1 km from WoodSpring Suites Fayetteville

Expedia.com
View deal
Booking.com
US$112
FindHotel
US$99
ZenHotels.com
US$132
View all 17 deals from US$99
40 reviews
15.9 km from WoodSpring Suites Fayetteville

We have been staying here for a couple of months and it has been great! The staff here are very polite and pleasant everyday. I initially planned to stay a couple of weeks but, we liked it so much we kept staying! Ms. Jones is always checking to make sure we are OK and have everything we need! It is always so clean in the elevators and hallways. Everyone is trying to be safe as possible following all safety precautions during this pandemic! This location is close to restaurants and stores for your convenience. Taylor is here everyday with a smile willing to help you with anything you need. Ms. Shawn make sure you get what ever supply's or help you may need. I would recommend this hotel to everyone that would like an affordable, clean, safe, friendly, and peaceful place to be.

Thank you so much for sharing your experience with us! We are thrilled to learn of your exceptional stay and that our team has impressed you! They work so hard! We appreciate you and look forward to continuing to provide you with an excellent stay!

Report response as inappropriateThank you. We appreciate your input.
This response is the subjective opinion of the management representative and not of TripAdvisor LLC
malk_asante
11
Reviewed 22 April 2021
Worst Hotel Experience Ever!

I came to this hotel because it seemed reasonable and I was only going to be there for a coupe of days. I was asked if I wanted a smoking or not smoking section. I chose a non smoking section because I don't smoke and hate the smell of any smoke. When I walked down the hall, I could smell marijuana. I this is ridiculous. I said, I will be alright is it doesn' t have any roaches. When I was going to bed, I saw a roach crawling on front of the stove. Then as I was leaving out the next day, the roach was leaving out with me. I just shook my head, and said I only have a day left. I pack my bags and said I would never come to this hotel again.

If the smoke and the roach was enough, I received a call that I had been charged for smoking in the room. I never have smoked a cigarette a day in life. I could not get a call back from the manager, until a week after I left. I was told a cigarette was found in my room. If that was the case someone else came in my room. I check the room before I leave to make sure I didn't leave anything and there was no cigarette. So, the management thought they were going to keep my money. The manager said, it was found on table, so we charge the room. I said you the money out my account and not room. You did charge the room you charged me and I do smoke. Someone is running a scam at this hotel to cheat people out their money for smoking in a non smoking room. If I was a smoker and wanted to smoke, why wouldn't I just chose a smoking room. I will not be robbed by this hotel, for $282. I will have to see them in court. Do I recommend this hotel to anyone. Hell to the Naw!

We apologize that this was your experience. Our team works hard to uphold professional standards. Thank you for sharing your experience with us so that we can review with the property. We wish you the best in your travels.

Report response as inappropriateThank you. We appreciate your input.
This response is the subjective opinion of the management representative and not of TripAdvisor LLC
NCQT72
1
Reviewed 30 October 2020 via mobile
Safe, affordable place to stay

Me and my boyfriend have been staying here since July. We love the place. Great location. Onsite laundry is a plus. Clean rooms with nice sized kitchens. Close to bus terminal and other transportation. Close to restaurants, shopping, skate park, parks, walking trail and downtown activities. During this pandemic, they have been all about safety first for us and all the other guest. Mask worn everyday. Counters cleaned and sanitizer available when you enter building. The staff is awesome, helpful and very knowledgeable. Ms. Jones is awesome. Always smiling and friendly. Makes us feel welcome and at home instead of just a place to stay in hard times. The rest of tbe staff are always polite when you see them in the halls, elevators or outside. Doors are locked and need a key to get in, so safety is a plus. This place is great for a couple nights of stay or if you need a longer stay due to hard times. I would recommend this place. Great value, friendly helpful staff and safe!

Thank you for this excellent review of our hotel and hard working staff! We appreciate you letting us be your home away from homes and look forward to continuing an excellent stay! Thank you so much for choosing WoodSpring Suites!

Report response as inappropriateThank you. We appreciate your input.
This response is the subjective opinion of the management representative and not of TripAdvisor LLC
472julianf
1
Reviewed 19 June 2020 via mobile
Wifi

We are so sorry for the wi-fi troubles during your stay. We know how important these connections are and we apologize for the troubles that you experienced. We are looking into our internet issues and ensuring that we can deliver consistent connections to all our guests. We hope you will give us another chance next time your travels bring you to town.

Report response as inappropriateThank you. We appreciate your input.
This response is the subjective opinion of the management representative and not of TripAdvisor LLC
faiths893
11
Reviewed 14 March 2020
SMELL OF MARIJUANA

WORST PLACE TO EVER STAY AT. We chose this place because it was close to the hospital and the reviews were not half bad. Our baby is in NICU at Cape Fear Valley Hospital so we spent our whole day at the hospital and then came back to our room to rest for a little while. When we got back to our room the WHOLE ROOM smelled like MARIJUANNA. Everythinf that we had brought into the hotel smelled of smoke. Of course us as parents don’t want to smell like that especially since our baby is sick and in the hospital and we could of easily caught a contact high with how strong the odor was in our room. We contacted management and they said they would call the cops and give us a different room if we wanted them too but we wanted our money back we couldn’t take the chance. Once we got our stuff into the car we went to the front desk lady and told her everything and she said we could get a refund on our card in 3-5 business days, but we didn’t pay with card we paid cash! She then called her manager to ask what she needed to do and I could hear the manager hollering at the poor lady through the phone . Anyways, we were told since we paid CASH we couldn’t get our money back because they don’t have that much money on hand? She then proceeded to tell me we would like to get you another room and call the cops but we will not give you money back for a CASH payment. HOW STUPID DOES THAT SOUND ? So we ended up leaving without a refund and having to find another hotel close to the hospital so we could see our son. We even had to wash all our clothes when we got to our new hotel because the smell of MARIJUANA was so strong! Thank you WOODSPRING SUITES for putting all this extra stress on me and my family through this difficult time.

We sincerely apologize for the offensive odors that were present during your time with us. We never like to hear such feedback, but it helps us improve and work towards positive changes that will maximize the guest experience. We will make sure that we work with our housekeeping team to ensure that the proper procedures are being followed in order to prevent this in the future. We are deeply sorry that there were issues with a refund and we hope that the General Manager was able to get things situated for you. Thank you for taking the time to share this experience and we do wish you the best in all your future travels.