US$122
View deal
FindHotelUS$122
Expedia.comUS$122
Trip.comUS$243
View all 18 deals
Prices are the average nightly price provided by our partners and may not include all taxes and fees. Taxes and fees that are shown are estimates only. Please see our partners for more details.
Monroe P
Ithaca, New York
1310

The Sea Ranch Resort is a quiet oceanside retreat that will fill your needs. It is by no means a five-star hotel, but the rooms are spacious, all the appliances work and the wi-fi works,

The restaurant on the property is run by people with a great sense of humor, and the food is quite good and the portions are generous.

We escaped from our homes and the Covid crap for a nice week on the outer banks. The Sea Ranch was the perfect center of operations for our explorations including Kitty Hawk, Cape Hatteras Lighthouse and the wild horse tours in Corolla.

Economically priced, I feel we got more than we paid for, and were treated well.More

A little beach R&R can be just what is needed and we appreciate that you chose Sea Ranch Resort for your escape. We're glad you enjoyed your time with us, including dining at our Beachside Bistro, as well as our convenient location for visiting popular spots in the area. Thank you for your stay and for sharing your feedback. Come back anytime!

Report response as inappropriateThank you. We appreciate your input.
This response is the subjective opinion of the management representative and not of TripAdvisor LLC
See all 1,042 reviews
Nearby Hotels 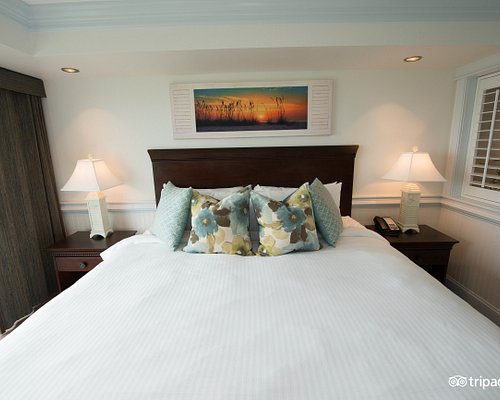 Top Rated
Breakfast included
Shutters On the Banks
US$134
Booking.com
View deal
Expedia.com
US$134
Agoda.com
US$134
Hotels.com
US$134
View all 16 deals from US$134
1,160 reviews
2.7 km from Sea Ranch Resort
We compared the lowest prices from 16 websites 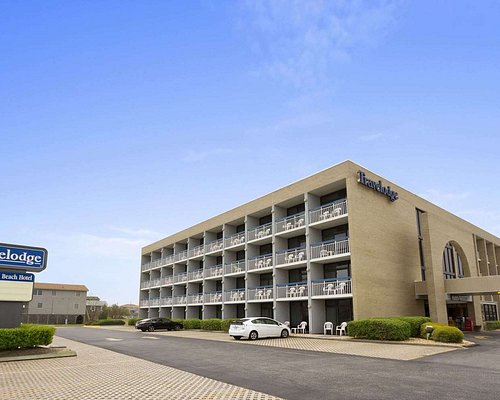 Taking safety measures
We compared the lowest prices from 17 websites
Breakfast included
Comfort Inn On The Ocean
US$200
US$161
Booking.com
View deal
Expedia.com
US$189
Hotels.com
US$189
ZenHotels.com
US$200
View all 16 deals from US$161
629 reviews
4.3 km from Sea Ranch Resort

Right on the beach; views of the ocean from the room; excellent food at the Seaside Bistro -- although there are many other places to choose from; wonderful service. Rooms are being upgraded (the progress has been slow due to covid), but they were quite satisfactory for our needs.

Review collected in partnership with this hotel
This business uses tools provided by Tripadvisor (or one of its official Review Collection Partners) to encourage and collect guest reviews, including this one.
Ask kruthig2020 about Sea Ranch Resort
Thank kruthig2020

It was a pleasure to have you as a guest at Sea Ranch Resort! We’re glad you enjoyed the ocean views and dining at our Beachside Bistro, including the service from our team. Thank you for choosing us for your Outer Banks accommodations and for taking the time to share your kind comments.

Report response as inappropriateThank you. We appreciate your input.
This response is the subjective opinion of the management representative and not of TripAdvisor LLC
Margo27909
Elizabeth City, North Carolina
1
Reviewed 6 October 2020
I would live here if they'd let me!

I just love every.single.thing. about the Sea Ranch. Right on the beach, the bistro has delicious food and friendly wait staff, the front desk folks just couldn't be nicer or more accommodating. It's laid back, unpretentious, kid-friendly, close to all kinds of shopping and restaurants. Please let me move in for good!

Review collected in partnership with this hotel
This business uses tools provided by Tripadvisor (or one of its official Review Collection Partners) to encourage and collect guest reviews, including this one.
Ask Margo27909 about Sea Ranch Resort
Thank Margo27909

Wanting to live here is about the highest compliment we can receive! Thank you for stay with us and for your wonderful review. We are happy to know that you enjoyed your experience at Sea Ranch. If you haven’t already, check out our website and the Reservations area for some new fall specials — we would love to have you back soon!

Report response as inappropriateThank you. We appreciate your input.
This response is the subjective opinion of the management representative and not of TripAdvisor LLC
opk73
21
Reviewed 1 October 2020 via mobile
Good place to avoid

This place is literally a s___hole.

Went to room...found poop in toilet and a bed that looked like someone laid on it. Called front desk. Guy says "I'll look into it" then hangs up on me. I can him back to see if he's finding us another room. He says "that's what I meant when I said I'll look into it".

After a few minutes I go calmly down to see how it's coming. I am faced with major rude attitude. Then he lies and tells me Maintenance checked another room for us. How do I know that's a lie? Because the keys Maintenance used to check didn't actually fit the other room!!! So I had to make another trip to the office for more rudeness and keys that actually work while my wife stood in the hallway with our stuff.

All for just $220/night, non-refundable.

No matter how the rest of our stay goes, this is a horrible experience. Do yourself a favor - find a different place to stay.

We are very sorry for your experience which clearly isn’t in line with any of our expectations. We assure you that this highly unusual occurrence is being discussed with management and our team — it’s clearly not a series of events we want any guest to have. Since this review was posted early on in your visit, we sincerely hope the rest of your stay was enjoyable and that you give us another chance to provide you with a far more typical arrival and overall experience.

Report response as inappropriateThank you. We appreciate your input.
This response is the subjective opinion of the management representative and not of TripAdvisor LLC
Julie O
Weirton, West Virginia
51
Reviewed 15 September 2020
Very Nice!

My husband and I stayed here to celebrate our 1 year wedding anniversary! Very clean, super friendly staff, and very reasonably priced! The on site restaurant The Bistro had very good food (The Crab Dip appetizer is a must try!). We would definitely stay here again. We had a beach view room. The hotel portion of this resort is perfect if you are looking for a comfortable relaxing place to stay right on the beach ⛱.

Happy Anniversary! We are delighted you chose to celebrate it at our Sea Ranch Resort, and that you enjoyed the accommodations, friendly service and dining at our Beachside Bistro. Thank you for your stay and for the recommendation to others. We hope you visit us again soon.

Report response as inappropriateThank you. We appreciate your input.
This response is the subjective opinion of the management representative and not of TripAdvisor LLC
Waynemech
Mechanicsville, Virginia
31
Reviewed 24 August 2020 via mobile
Heading towards being a dump

First I have to say that this company needs to do what they can to retain Vegas, Miss Terry, and Jennifer in the restaurant. They were excellent and very helpful.
The pool was ice cold and had a rubbermaid container at the entrance full of water saying for you to deep your feet in it before you get in the pool in you have beach sand on your feet. Outside furniture was filthy and if you did dare sit in them, outside sprinklers would come on automatically and shoot water right at them so if you were sitting in them you would get wet and also on the sidewalks were people were walking. Outside trash cans overflowing all the time. Parking lot in bad shape. When we were taking our luggage in, I slipped on a wet concrete step and hit my hand. My wife was fixing the bedskirt that was not on the bed correctly and found a bunch of potatoe chips under the bed, other trash on the floor and a dirty q tip on the floor just inside our door. Appears to be mold on the shower. We went to the front desk to talk to Vegas about everything, he was very upset all this had happened and was very concerned I had hit my head and wanted to know if I needed medical attention a couple of times and I told him, I did not. He sent Miss Terry to the room to reclean and sanitize it again and with her I believe was the employee who had originally cleaned the room who mainly just watched as Miss Terry worked. It appeared that the employee with Miss Terry didn't even know you could pull the house out of the vacuum cleaner to vacuum under the bed. Vegas gave us a coupon for a free breakfast and I had told him that the room was not worth the price we were paying for the night and he checked with the manager to see if a discount could be given but after researching it, they said they could not give us a discount because we originally were staying for 5 nights but about a week before we checked in, we changed it to 1 night and were already given the multi night discount. I don't think this room was worth what we paid which was over $250.00 dollars a night. I realize the property is older but the owners don't seem to care about maintaining it properly.

We sincerely appreciate that you chose Sea Ranch Resort for your trip to the beach and are sorry you didn’t enjoy your time with us more, especially as we have so many happy guests who return year after year. Though we appreciate your compliments to several team members and we are glad to know how responsive they were to your issues, we know you were disappointed with several aspects of your stay as well as not receiving further discounts. Guest experience is very important to us so we evaluate all feedback and will consider and discuss your comments with our team. It may help to know that we perform maintenance throughout the year and have done renovations, both interior and exterior, in every off season since acquisition nearly a decade ago to both restore and continually improve this unique property.

Report response as inappropriateThank you. We appreciate your input.
This response is the subjective opinion of the management representative and not of TripAdvisor LLC
View more reviews
PreviousNext
1…456…174