US$119
US$95
View deal
PricelineUS$102
Agoda.comUS$102
Lol.travelUS$119
View all 18 deals
Prices are the average nightly price provided by our partners and may not include all taxes and fees. Taxes and fees that are shown are estimates only. Please see our partners for more details.
Karen S
123

Nice place make sure you get a parking spot

The hotel is very nice clean and there rooms are spacious and the bed was very comfortable. The room has a bar sink microwave and fridge, a mini kitchen of sorts. The only bad thing is their is not enough parking too support the hotel. There was more parking for bikes than cars.More

We very much appreciate and value your feedback. It is always a pleasure to receive positive feedback. I will share this review with my team and we’ll strive to make your next stay even better. Thank you again for sharing your experience, and we hope your next visit will be even more pleasant than this one.

Report response as inappropriateThank you. We appreciate your input.
This response is the subjective opinion of the management representative and not of TripAdvisor LLC
See all 696 reviews
Nearby Hotels 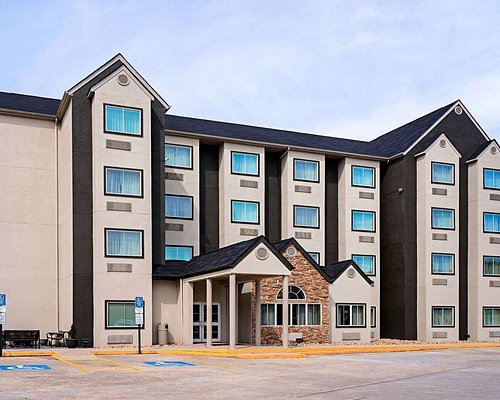 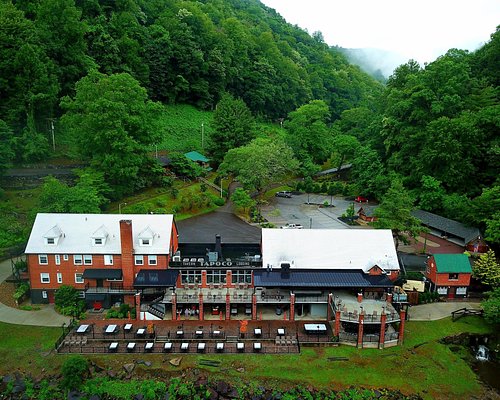 Expedia.com
View deal
Free cancellation
Booking.com
US$149
Priceline
US$149
Hotels.com
US$149
View all 13 deals from US$149
929 reviews
18.2 km from Quality Inn & Suites
We compared the lowest prices from 13 websites

Creekside Paradise Bed And Breakfast
US$125
Booking.com
View deal
Free cancellation
Agoda.com
US$125
3 reviews
9.4 km from Quality Inn & Suites
We compared the lowest prices from 2 websites
The Owl's Perch
US$90

Expedia.com
View deal
Free cancellation
Pay up to 12X
Hotels.com
US$52
FindHotel
US$52
Destinia.com
US$58
View all 14 deals from US$52
10,282 reviews
28.9 km from Quality Inn & Suites
We compared the lowest prices from 14 websites
Breakfast included
Hampton Inn Murphy
US$118

We stayed for one night and the staff were beyond amazing! They went above and beyond to help us get firewood for the fire pit. After a long ride we always have to have a fire and the staff made sure I got it!
The place is clean, beds are great. We love how they have towels to wipe down the bikes.

Thank you for your recent stay at our property.
We are glad that you had a great stay and loved the staff service. It is true that our staff put their heart completely into what they do for the guests. We are happy that they could win your trust.
Look forward to your next visit!

Report response as inappropriateThank you. We appreciate your input.
This response is the subjective opinion of the management representative and not of TripAdvisor LLC
jmpncsu
Raleigh, North Carolina
9011231
Reviewed 6 November 2020
Nice Stay in Robbinsville

My wife and I stayed three nights at the Quality Inn in Robbinsville for a long weekend in mountains. Staff were very friendly and the room was very nice. A suite, it was very spacious with a small kitchenette and room to spread out. Bathroom was nice as well and the hotel was very clean. The hotel is in a great location in Robbinsville, close to restaurants and stores in town with easy access to Lake Santeetlah, Joyce Kilmer and other areas in Nantahala National Forest. We would definitely stay here again next time we're visiting the area.

Thank you so much for the stay and the overall appreciation.
We are highly inspired seeing your comments.
Guest satisfaction is a special reward for our team.
We are privileged to have guests like you.
Please do visit us again.

Report response as inappropriateThank you. We appreciate your input.
This response is the subjective opinion of the management representative and not of TripAdvisor LLC
mikecX886UL
Roanoke, Virginia
11
Reviewed 25 October 2020
We had a motorcycle break down, so we could not make our reservation

Called to alert the hotel that we would not be bale to make our scheduled appointment due to current issue with a broken down motorcycle and waiting for dealer to get parts and make the repair and that we would need to unfortunately cancel our reservation. They didn't seem to care anything about the situation other than to inform us that we would NOT get a refund, because we were within the 24 hour window and we could not cancel under any circumstance.

Asked if the person could let us talk to management - they said they were not available, but they would try their hardest to convince them to refund us - which we highly doubted, since they already told us no refund would be available. I would have perhaps expected management to try and call us back, but they never reached out and just charged us.

The best part was them telling us to either just get a loaner bike or rent another bike, come stay at their hotel and then return home and deal with our bike issue. I explained we were on a trans continental trip out west and were now heading back east to home in VA. Again they wondered why we could not do what they had asked. I am almost 400 miles away from you heading east, and you want me to go stay the night on a rental or loaner bike, drive back west almost 400 miles, get my bike and then head home, driving the same miles again. WOW

This was not the first time on this 15 day journey that a motorcycle in our group had an issue and we had to take these actions; however, this was the only hotel that did not care about our plight - all others understood and did not charge anyone in the group - this one only cared about their money. We were even able to rebook later once the repairs were made, as we continued travel at these other hotels. Unfortunately we did have to truncated some of the trip and will later on try to get those other areas in another trip and plan to use the same hotels we had to cancel.

As a result, this will be the only hotel not to get a rebooking on our future trips to this area. We even had a hotel in this area that was pre-paid, required a 10 day notice for cancellation or lose your money, maybe getting a partial reimbursement if they could re-book the room. This small hotel about 10 rooms was more than understanding, wished us good luck, safe travels and provided a full refund. We are trying to get even more riders to go back to the area in the spring and be certain to fill that hotel to capacity if we can.

Your lack of compassion and only concern for the money tells a lot about your business model, employees and practices. Thanks but no thanks...

We are very sorry to read about the poor experience you had during the stay.
Please accept our sincere apologies, this is indeed very unfortunate.
I fully understand your disappointment and frustration due to the multiple issues you have mentioned.

Whatever may be the reasons, we will definitely verify the reality and take actions against the concerned after investigations and steps to prevent such happenings in the future.

We would like to inform that this is not a regular feature of our hospitality and we will properly check your comments with the team and implement appropriate solutions to please our guest.

I hope you do consider us again in the future as we would love the chance to change your impression of our property.

Report response as inappropriateThank you. We appreciate your input.
This response is the subjective opinion of the management representative and not of TripAdvisor LLC
Blaise S
Raleigh, North Carolina
1654
Reviewed 19 October 2020
Guest Safety very low priority

Front desk staff did not wear masks, and sort of looked at us funny because we had masks on. Most other staff we saw did have masks. Customers in lobby and customers taking elevator did not wear masks and front desk staff were ok with that. Not sure what cleaner was used, but awful smell in elevator and rooms when we arrived, extremely unpleasant. We did not feel safe in this hotel. We took the stairs and skipped the continental breakfast and will think twice before choosing Quality hotels again.

Thank you for choosing us and the feedback.
Our apologies for all the issues and the unsatisfactory stay.
We shall definitely work on your observations.
You can expect a further improved stay next time.
Please visit us again.

Report response as inappropriateThank you. We appreciate your input.
This response is the subjective opinion of the management representative and not of TripAdvisor LLC
-notknow
Crystal River, Florida
1
Reviewed 15 October 2020 via mobile
Not truthful

I made reservations for 8 nights, planning a lot traveling in the area. Due to the virus, a lot of places were closed and I shorten my visit. The town and people there were very friendly, one of the things I like about N.C.

My problem is the General Manger refused to refund me one night of my stay or acknowledged my certified letter. The hotel has a policy that if a person change their schedule and leave early, the hotel charges an extra night. THIS IS NOT THE POLICY OF CHOICE HOTEL COOPERATION.

This not listed in reservations or the hotel web site.

Stay at your own risk.

Note: letter sent to both hotel and his office, and I have proof it was received.

Thank for the stay and the comments.
It is pretty serious and we never condone such things.
The matter will be investigated and strictly acted upon.
Anyway,our apologies for all the inconveniences.
This is an uncommon occurrence,
Request your understanding and continued patronage.