StayForLong
Expedia.com
Hotels.com
View all 10 deals
Prices are the average nightly price provided by our partners and may not include all taxes and fees. Taxes and fees that are shown are estimates only. Please see our partners for more details.
Lyuba G
31

Great location. The beach is unbelievably beautiful. The hotel is nice, though it needs upgrading. Breakfast was decent but lacked variety. The staff was polite.Overall I had a nice stay and I would go back again. 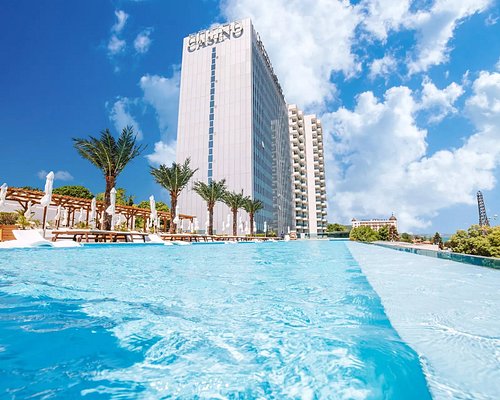 Hotels.com
View deal
Expedia.com
US$90
Booking.com
US$79
Priceline
View all 15 deals from US$79
628 reviews
0.9 km from Hotel Imperial 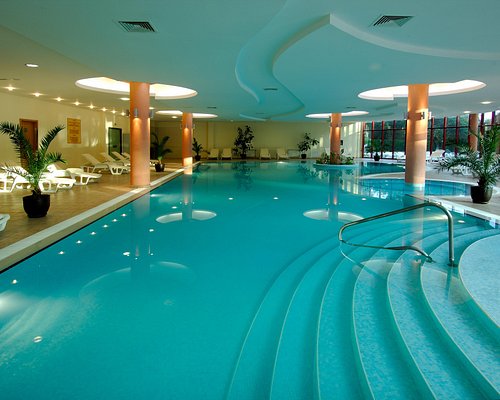 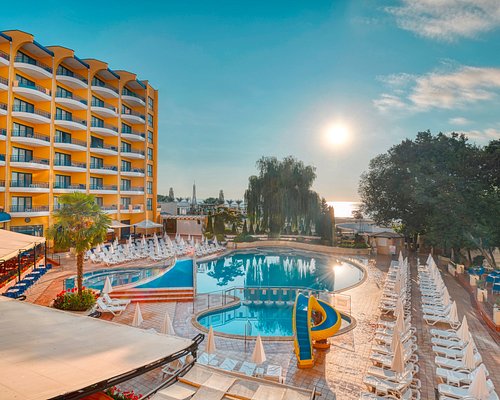 This hotel was one of the cheapest I've stayed at in a long time, and now I know why. The room had the potential to be gorgeous, as it was huge with a large balcony. However everything in the room was incredibly dated, all of the furniture looked like it hadn't been replaced since the 80s. Friends complained that the wallpaper was peeling off the walls in their room, the blowdryer was basically a reverse vacuum cleaner (it had a hose!) and there was no clothes iron.

The wifi was INCREDIBLY unreliable - sometimes it worked in our room, sometimes it didn't. The breakfast was incredibly disappointing, the worst I've had in Europe by far. The "gym" is also tiny and about 90 degrees, I swear it was hotter in there than outside.

Now, on to the worst part. During our second night in the room, our ceiling started leaking! It started in the middle of the night and, although I heard the sound, I was unable to determine what it was until I woke up in the morning to find the carpet soaking and some of my fiance's clothes ruined. It was the day we were checking out, so when we went down to the lobby to do so, we informed them of the leak and asked if they could give us some sort of a refund to accommodate for the ruined clothes. The woman at the desk was extremely rude, saying she would do nothing of the sort. We asked to speak to the manager, and she apparently tried to call him but he was unavailable.

When we asked if she could at least comp the waters we took from the mini bar for our trouble, she said she would lock the gate and not let us out of the complex if we refused to pay for the mini bar charges.

All in all, between the facilities and the staff, I recommend you stay ANYWHERE else.

This review is the subjective opinion of a Tripadvisor member and not of TripAdvisor LLC.
xenofontosy
Nicosia, Cyprus
3118
Reviewed 25 June 2018 via mobile
The whole truth!

Ok. I was not so excited visiting Varna and I just understood why. Maybe cause Cyprus looks much better than Bulgaria!

About the hotel now!
The good things :Excellent location, great gardens, amazing views, very clean!
The bad things: it looks very old (ex USSR)
The time stopped for good!, no one talks proper english although the staff is very kind and willing to help. No wifi except from room. Medium quality of breakfast. Old furniture. Uncomfortable beds.

Overall Golden Sands is for old people or young people that they dont have money cause is very very cheap destination.

Nothing to do and have fun. Best option is International Hotel and Casino. This hotel is value for money. The best option by far!
Gives you the impression that is a different place than Golden Sands.

Watch out the taxis! Always try to cheat you! Always!!! Triumph taxis are the only option. Avoid any other companies!

Overall it was an average experience!
Never go back again!

Dear Yiannis,
Thank you very much for your review!
Your opinion about Varna and the surroundings is understandable. Event hough it is my home town, I agree with you!
About the hotels facilities and services, we are happy to hear that you have enjoyed the location and the landscape. At the same time I regret that you have experienced lack of service iin our hotel. We are thankful for your opinion and feedback and will have it in mind in order to improve the quality of our services.
Thank you once again for your review!

Report response as inappropriateThank you. We appreciate your input.
This response is the subjective opinion of the management representative and not of TripAdvisor LLC
RubiSparrow
Oslo, Norway
159
Reviewed 28 July 2017 via mobile
Very nice hotel!!!

This hotel has all the potential to be a real 5 star hotel. From the space to the staff, it is just a little outdated. The people working there were the nicest! They were always happy to help with a smile. Have 0 complaints! Good prices, good food, good service, the beach was perfect. We had a very calm and relaxing time there. Thank you for such wonderful holidays:)

This review is the subjective opinion of a Tripadvisor member and not of TripAdvisor LLC.
David G
3
Reviewed 15 July 2016
Old-fashioned elegance

Our "Trio Camino" was on a concert tour in Bulgaria, and we were invited to play a concert at the Imperial Hotel. We stayed there for three nights and enjoyed the hotel very much. The location is in a beautiful setting, with immediate access to the Black Sea shore, plus such amenities as pool, spa, exercise room. Highly recommended.

This review is the subjective opinion of a Tripadvisor member and not of TripAdvisor LLC.
George A
Burgas Province, Bulgaria
22
Reviewed 1 August 2015
Great family resort

Its a very old and posh hotel. Looks great on the otside and inside, although some more refreshment might be needed in the near future. Nevertheless, averall it was a great family experience. We stayed in a massive two bedroom maisonette with our two kids, which was very well refurbished and had amazing sea views. Breakfast was great, truly five star. Very large and very well maintained private beach. All premises and gardens perfectly maintained.

Room tip: All rooms are facing the sea. Some rooms dont have balconies.
Ask George A about Hotel Imperial
2  Thank George A

This review is the subjective opinion of a Tripadvisor member and not of TripAdvisor LLC.
View more reviews
PreviousNext
12…
<script type='text/javascript' crossorigin='anonymous' async onerror='__scriptLoadError(this,true);' src='https://static.tacdn.com/assets/asset