Orbitz.com
Expedia.comUS$85
ZenHotels.comUS$87
View all 16 deals
Prices are the average nightly price provided by our partners and may not include all taxes and fees. Taxes and fees that are shown are estimates only. Please see our partners for more details.
thenorwichtraffi2021
Norwich, United Kingdom
1

Because our visit to Daventry was to spend two days at a family event nearby we did not use any of the Hotels facilities and services other than to room. Consequently this review is only in respect of the warm and efficient welcome we received at Reception and the bedroom/ensuite.

Review collected in partnership with Accorhotels.com
This business uses tools provided by Tripadvisor (or one of its official Review Collection Partners) to encourage and collect guest reviews, including this one.
See all 524 reviews
Nearby Hotels 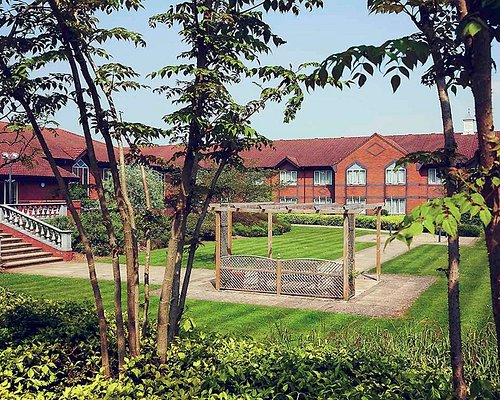 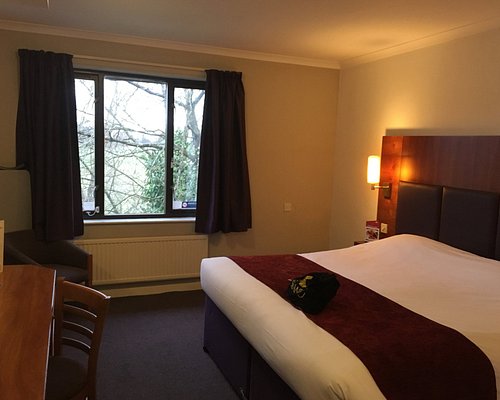 Travelocity
View deal
eDreams
Priceline
US$42
Expedia.com
US$43
View all 11 deals from US$42
419 reviews
7.8 km from Mercure Daventry Court Hotel 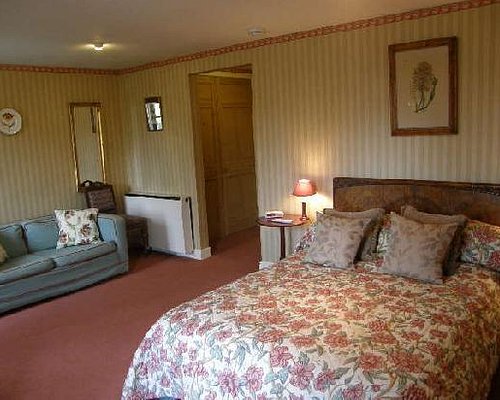 Attending a nearby wedding, my overnight stay at the Mercure Daventry was very pleasant. The room was clean and comfortable with excellent facilities. Breakfast buffet had plenty selection and food was good and well cooked.

Review collected in partnership with Accorhotels.com
This business uses tools provided by Tripadvisor (or one of its official Review Collection Partners) to encourage and collect guest reviews, including this one.
Ask jennie939 about Mercure Daventry Court Hotel
Thank jennie939

This review is the subjective opinion of a Tripadvisor member and not of TripAdvisor LLC.
moniquedG752RH
12
Reviewed 8 August 2021
Disappointed

Last night me and my work colleagues can back from work, one off the room door wouldn’t open.
So for a quick fix they put her in another room.
This morning I have a disturbing call from my colleague saying she has no property with her
No drink no food no car keys and the main issue her medication.
I went back to reception and was told by the night Clark at 6am that I have to wait for maintenance at 8am-ishhh bearing in mind we have work @9:00am@ £100 per shift and there 7 off us
I was told the battery for he key went dead????
At the MACURE HOTEL.and there’s nothing they can do ???
Iv been stressing to reception over and over of how we need to get into the room,there was no care or worry coming from the man what so ever other than sorry, sorry doesn’t fix the problem.
Where’s the night manager????? That should be on site ??
I have never ever ever EVER felt so upset and distressed at a hotel before whilst being at work.
I would not stay here again.
EVER

This review is the subjective opinion of a Tripadvisor member and not of TripAdvisor LLC.
juliebD2988IF
Eastbourne, United Kingdom
4731
Reviewed 7 August 2021 via mobile
Everything shut due to covid!!

Where do I start hotel in need of a good make over rooms very tired and stained ,we rung before booking and asked for s twin and a double when arrived was told just 2 doubles but receptionist did sort it out straight away like a professional, obviously allowed dogs can see that in both rooms as stains on floor that hasn't been cleaned properly,can't understand why restaurant closed for evening meal but open for breakfast.when asked why we was having dinner in the bar was told nothing open due to covid ! Asked about swimming pool and gym oh it's closed due to covid ! We came from 2 other hotels within same area that didn't have any of those issues how come you do?staff nice and helpful.. would visit again

This review is the subjective opinion of a Tripadvisor member and not of TripAdvisor LLC.
david m
Lille, France
63
Reviewed 5 August 2021
Could be so much better

Positives: Spacious, well decorated common areas and bedrooms. Good location and plenty of parking.
Negatives: Very poor welcome by a totally uninterested member of staff; no smile and no greeting. On other occasions, the same male receptionist was more interested in the telephone than residents at the desk. For an unknown reason, the restaurant was closed for dinner, but open for breakfast. Dinner was, therefore, served in the small and dark bar area with a large television constantly on. Why was this I asked the receptionist; he was not sure but thought that it was because of ventilation problems in the restaurant. It was evident at breakfast that this was not the case. It was a very spacious area; much more so than the bar.
Dinner was unfortunately marred by my first two orders for mains having to be sent back to the kitchen. The requested Ribeye steak was not cooked medium/rare and was well done. It was replaced by a Rump as there were no other Ribeyes (there were few diners!) which was undercooked and gristly. The Fish and Chips that followed was fine.

Breakfast was okay, but service and choice had not yet caught up with ‘de -lockdown’. For example, there is no excuse for paper cups or cling film wrapped sliced bread, of poor quality. Most oddly, fried eggs were not available as they were ‘not yet allowed’. I had previously stayed in three other hotels where they were! The very helpful breakfast chef, who was the most customer oriented member of staff I met, cooked me a poached egg.
Departure was well handled by a female receptionist, who did smile and corrected my bill where I had been charged for a steak and not fish.
I have been staying at Accor hotels for over 30 years and this was one of the most disappointing stays ever.

Review collected in partnership with Accorhotels.com
This business uses tools provided by Tripadvisor (or one of its official Review Collection Partners) to encourage and collect guest reviews, including this one.
Ask david m about Mercure Daventry Court Hotel
3  Thank david m

This review is the subjective opinion of a Tripadvisor member and not of TripAdvisor LLC.
sarpor
17151
Reviewed 1 August 2021
Convenient location

This is my second time staying here, having been to a wedding nearby on both occasions. This isn't the sort of hotel that you would come to for a break away, but is perfect if you need somewhere to sleep after a day of being out and about. The hotel is clean, as are the rooms. The rooms are well equipped, though I would suggest buying a bottle of water to take to your room for at night. Breakfast was good. You could have a full english, there was also toast and other pastries individually wrapped, yogurts and fruit too. Remember to put your car registration in the ipad at Reception - the receptionists might not tell you (the one who served me wasn't that helpful, but the receptionist serving a man next to me was helpful and I overheard her tell him to do this). The duvet was far too thick, almost a winter duvet and our bathroom light flashed a bit - this is the reason for deducting a point.

Thank you for taking the time to tell us about your recent stay. I was pleased to read you enjoyed your overall stay and in particular the comfort of our bedrooms as well as our breakfast offering. I have relayed your feedback to our maintenance team who have addressed the flashing light in your bedroom. Should you experience any issues in your next stay, please let a member of the team know and we will do our utmost to resolve it as quickly as possible.

Report response as inappropriateThank you. We appreciate your input.
This response is the subjective opinion of the management representative and not of TripAdvisor LLC
View more reviews
PreviousNext
123…
<script type='text/javascript'