Relax Inn
Relax Inn
Lowest prices for your stay
Lock in the lowest price from these sites
US$65
Free cancellation until 04/02/22
Reserve now, pay at stay
View deal
Expedia.comUS$65
Hotels.comUS$65
PricelineUS$65
eDreamsUS$65
Agoda.comUS$65
FindHotelUS$65
View all 15 deals
Prices are the average nightly price provided by our partners and may not include all taxes and fees. Taxes and fees that are shown are estimates only. Please see our partners for more details.
ChurchOfWicca
Roseburg, Oregon
4824

Our harley drowned out with the heavy rain so we ducked in. They had one room left that was not dog friendly so they let us check in early and get out of the downpour. The room was small but cozy and clean.

See all 14 reviews
Nearby Hotels 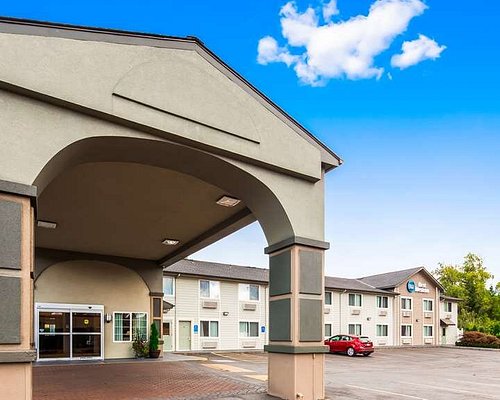 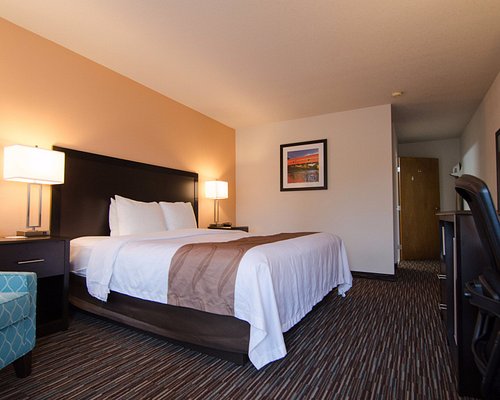 Breakfast included
Cottage Grove Inn
US$121
Booking.com
View deal
Free cancellation
Reserve now, pay at stay
Expedia.com
US$109
Priceline
US$121
Hotels.com
US$109
View all 17 deals from US$109
110 reviews
1.6 km from Relax Inn
We compared the lowest prices from 17 websites

When we arrived, Andrea and her husband were more than helpful. What was intended to be a one night stay turned into a five night stay and they worked with us, even leaving us extra coffee, sugar, creamer and pillows. What more could one ask of property managers? We will not stay any place else on any of our many return visits to Cottage Grove.
We were so impressed with Andrea and the way she handled her business, that for the first time ever, we actually left her a tip when checking out.
If you are looking for a place to lay your head at the end of a long day...presented to you by good hard working folks...this place is the answer.

This review is the subjective opinion of a Tripadvisor member and not of TripAdvisor LLC.
Bonanzagirl
Salem, Oregon
9665
Reviewed 28 December 2013
Worn out but cheap

We stayed at this poor little worn out motel on Christmas Eve 2013. It's a sad little motel that has never even seen better days. We stayed because the price was right. There is nothing positive to say. Even the bath towels were so worn out that they wouldn't absorb the water after a bath. No blow dryer available. It wasn't quaint, it was just worn out. This is a typical 'rent by the month or week' motel. Not for families or anyone particularly interested in comfortable room.

This review is the subjective opinion of a Tripadvisor member and not of TripAdvisor LLC.
JenGuiol
Eugene
13
Reviewed 21 October 2013
Excellent Stay

The room was very clean and nice. The management was very friendly and helpful. I enjoyed my stay, and will definitely stay here on my return trip. I would recommend Relax Inn to anyone. There is fast Wi-Fi, mini refrig and microwave.

Report response as inappropriateThank you. We appreciate your input.
This response is the subjective opinion of the management representative and not of TripAdvisor LLC
Kherrington50
Olivehurst, California
296
Reviewed 14 August 2013 via mobile
Pass this one up.

I expected a bit more for $60 a night. Dirty carpet, ants in the bathroom and doesn't look like a great neighborhood. No coffee either. Person checking me in wasn't really interested in having guests either. The gal I originally talked with making the reservation was the high point of the place.

We had a very long day and weren't able to quite make it home in one trip. Shortly before midnight we pull up to the Relax Inn and get a room. Because it was so late, they discounted the price of the room for us. The service was fast and very friendly, which was awesome because we were exhausted.

The room was good, although I couldn't find the shampoo. My husband found it "hidden" behind the bathroom mirror after I was done with my shower... There was a lot of space, the TV was adequate, and the heater worked beautifully - which was my main concern!

About an hour after we left the next morning, I got a phone call that we had left our son's precious Tiger behind. The office staff were phenomenal, telling me that they would send the stuffed animal out in the mail the next day. They didn't actually send the stuffed animal as the couple who runs the hotel were tied up with their young child being sick (I can relate!). However, when I still hadn't gotten Tiger two weeks later, I was getting upset. I called in and asked about Tiger, and only then found out about the family illness. I said I understand and they said they'd send Tiger in the mail the next day. Again, that didn't happen. Another two weeks later, and I was fuming.

I happened to be driving past Cottage Grove today, and just stopped in to pick Tiger up because I was tired of waiting for him. When I got there, the couple managing the hotel were thrilled to see me. Not rude or fidgety the way you would expect sneaky, slimy people to be. They apologized a ton, saying that the person who owns the hotel had taken the slip of paper with my address and phone number, making it impossible for them to call or send Tiger to me. I understand that stuff happens sometimes. In the mean time, they took excellent care of Tiger. They even washed him! My son was so thrilled to get his stuffed animal back. Lesser staff would have likely just thrown the toy out after a couple of days.

This situation honestly had me really fired up for a while, but the fact is that stuff just happens sometimes and you can't help it. When it came down to it, the couple was extremely friendly, helpful, and they did have a justification for not sending Tiger when they said they would.

Report response as inappropriateThank you. We appreciate your input.
This response is the subjective opinion of the management representative and not of TripAdvisor LLC
View more reviews
PreviousNext
123