Juniper Motel Madras
Juniper Motel Madras
Lowest prices for your stay
Lock in the lowest price from these sites
US$87
US$68
Free cancellation until 23/10/21
View deal
Expedia.comUS$68
Hotels.comUS$68
Agoda.comUS$68
PricelineUS$68
FindHotelUS$79
ZenHotels.comUS$87
View all 15 deals
Prices are the average nightly price provided by our partners and may not include all taxes and fees. Taxes and fees that are shown are estimates only. Please see our partners for more details.
y0rkiem0m61
Meridian, Idaho
353

FYI $15 each pet. Does say pet friendly but no $$ amount was listed on website.
Does have a small fridge & microwave.
Friendly staff. Will admit the king size bed was very comfortable, compared to the last 6 hotels we have stayed on, during this trip.

Trip type: Travelled with friends
See all 16 reviews
Nearby Hotels 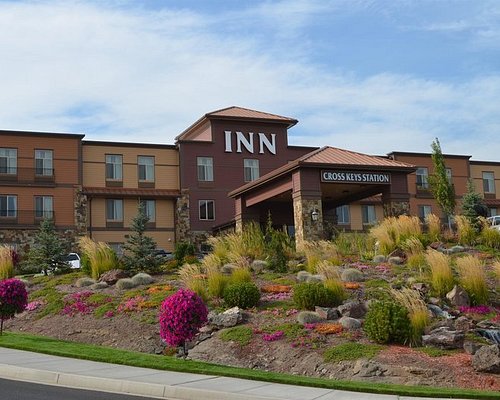 So gross. Owner was rude. Dirt and dust all over. Floors were disgusting. At least 10 holes in the wall. Old out door siding used for an outlet cover. Smelled of sewage. Bathtub had coffee or feces in it. Extremely nasty. Manager was rude. Dont go here. Not sure what country the owners are from but I'm guessing this is normal to them?

This review is the subjective opinion of a Tripadvisor member and not of TripAdvisor LLC.
Steve C
Vail, Arizona
75
Reviewed 22 August 2018
Stop on the way to nevada

I have a two sided coin review here, I stayed at the Juniper on my way to moving to AZ, so I was driving a U-haul. As I was checked in I was given a room key to one of there rooms up front, I walked in and was pleasantly surprised with the room considering the rate was pretty cheap. Nice king sized bed with a Flat screen T.V. The a/c was already non which was nice considering I had been on the road for 7 hours. as I was unpacking, the girl who checked me in informed me I had to park my U-haul next to the motel on a dirt road because it blocked their security cameras.I asked to be moved to where I could park it in front of the room, so I was given a room in the back where I was later informed they keep longer stay guests. What a mistake, the room was in desperate need of upgrading. There was a big gouge in the rug as I walked in, there were stains on the floor, the T.V was an old fashioned bulky one with a remote that wouldn't turn it on or off, the fan in the bathroom was missing its cover. A big let down after seeing the first room. I don't have any problem with their policy, I understand they are looking out for the safety of their guests, but... So, in the end, yes I would recommend this place, just avoid the back rooms.

This review is the subjective opinion of a Tripadvisor member and not of TripAdvisor LLC.
ccrowe3
Lakeside, California
460157
Reviewed 10 July 2018
Not 5 Star accommodations but acceptable

I recently stayed at the Juniper Motel, having seen reviews on a different site that weren't quite so severe. We we placed in an efficiency unit with a stove, full size fridge, microwave and kitchen sink. The room was clean but dated. The husband and wife that run the motel were helpful and pleasant, but daily room cleaning was kind of hit and miss; some days the room was cleaned some days not. One of the days it was cleaned they took the partial remaining roll of tp away and left us with nothing, but at least when we asked for a new roll they gave it. It was budget accommodations for sure, comparable to past experiences I've had at Motel 6. The motel is sandwiched between a marijuana dispensary and a boarded up, abandoned house. It is also however very close to the fanciest motel in Madras, just on the other side of the abandoned house. It definitely isn't the Mandarin Oriental Paris but it was acceptable

This review is the subjective opinion of a Tripadvisor member and not of TripAdvisor LLC.
690DerekT690
Kelowna, Canada
299
Reviewed 30 December 2017
Dumpy motel

Even though the motel was dumpy,the owners did their best to make it OK. The husband came into our room the help us with the TV. He did a great job and was very pleasant, His wife at the front desk gave us a break on the price if a pet and she was most friendly. The motel needs major renos however!

This review is the subjective opinion of a Tripadvisor member and not of TripAdvisor LLC.
CatherineB2620
31
Reviewed 21 November 2017
terrible service

We asked for additional room supplies and they woudnt give us toilet paper or clean towels.The Motel is ran down and has the feel of a bad horror film were patrons disappear one by one.We were informed there was a new owner and we were only allowed 1 roll of TP per week