Basic motel that could be improved - Review of City Center Motel

US$59
View deal
Free cancellation until 11/12/21
Reserve now, pay at stay
FindHotel
TravelocityUS$59
Orbitz.comUS$59
View all 11 deals
Prices are the average nightly price provided by our partners and may not include all taxes and fees. Taxes and fees that are shown are estimates only. Please see our partners for more details.
Stvjyn
Leeds, United Kingdom
178112

Basic motel that could be improved

North Bend (Coos Bay) seems to be one of those places where prices are inflated so in that respect this motel is acceptable for what you get as it is at the lower end and on a par with Motel 6. It seems like they are trying to improve but more needs to be done. Our room seemed clean with a reasonable bed but the bathroom needed an upgrading and better facilities within - its a shower only with minimal toiletries. Outside its a little stark and at first we were wary of the environment. Some hanging plants would do wonders for first impressions. Seemingly they cant offer any breakfast which may mean that if you have time to search a better deal could be had elsewhere if that's important.More 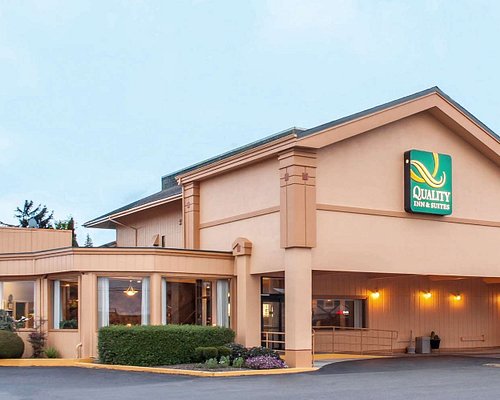 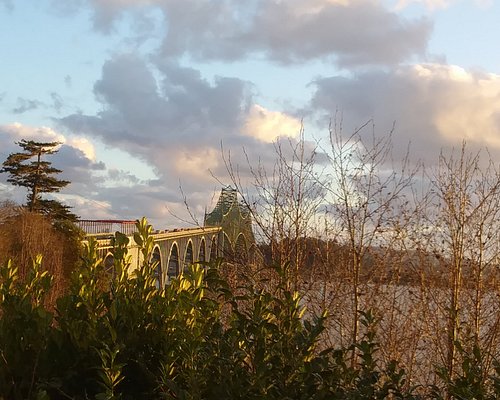 Expedia.com
View deal
Booking.com
US$60
Orbitz.com
US$48
Hotels.com
View all 17 deals from US$48
237 reviews
3.5 km from City Center Motel
We compared the lowest prices from 17 websites
Breakfast included
Sponsored
Quality Inn & Suites at Coos Bay
US$104

Expedia.com
View deal
Free cancellation
Pay up to 12X
Booking.com
US$100
Priceline
US$100
ZenHotels.com
US$127
View all 17 deals from US$100
228 reviews
5.8 km from City Center Motel
We compared the lowest prices from 17 websites
Parkside Motel

This very affordable place had one of the best beds I had ever slept in . The room was large and a great shower.
Staff were the friendliness and in a nice spot . Do not pass this one up if you have the chance. We stay in a lot of places including airb&b ‘s and this place a 10 in our book.

This review is the subjective opinion of a Tripadvisor member and not of TripAdvisor LLC.
haggera22
Seattle, Washington
1
Reviewed 7 October 2018 via mobile
Confused

I recently was in town for work and found this place last minute . The gal at the counter was amazing ! I stay in motels 6 days a week and have been for years . Lisa obviously knew what she was doing and how she spoke to me took me back lol she was the kindest and answered all my questions !
The next day she wasn’t there I guess by what I was told she had that day off , so had to deal with ........ the other Lisa ( mean Lisa ) omg she was extremely rude and let it be known she didn’t have time for you ! I am sorry if I am paying to stay at your motel and you have the nerve to be rude and blow me off it’s clear you only worry about money and that’s all !!
Let’s not forget if you may be in need of anything after hours you’re on your own the place isn’t manned in the evening :/ what motel have you ever stayed at and they didn’t have a person to assist you ? They put a sign up stating in case of emergency call 911 ? What the ????? So if you need a room after their hours call 911 I suppose or if you may need an extra blanket etc 911 is supposed to help you !!
The motel has so much potential but mean Lisa is the biggest turn off and will bury the place.
And I wasn’t even going to post my review until I read other comments regarding Lisa as well so I know it’s not only me that had to deal with her !!

This review is the subjective opinion of a Tripadvisor member and not of TripAdvisor LLC.
Hailey S
12
Reviewed 22 September 2018 via mobile
Was I being pranked ?

So just to let future travelers be aware if you do not check in between their hours you’re screwed ! I have never in my life stayed in a small motel where they didn’t have someone there at all hours!! Clearly they have no clue what they are doing ! So one .. nobody cares if you may need anything after 10pm like you’re on your own to deal with the tweakers roaming by all night. Two watched what I assume to be a housekeeper carry a tote in a room with no disinfected just some random dollar store cleaners, she threw the pillows and bedding on the floor which is disgusting!! And was out of the room in 10 minutes ! The showers are disgusting bathroom smells of urine and my feet turned black from walking barefoot ( thank god I found my slippers ) some crazy Russian lady will bite your head off !

Keep driving ! Find a motel that cares and is clean ! My god worse experience ever at a motel !

Clean your rooms with disinfectant! Hell just clean them !
Get someone on the property to care for your guests !
Or sell out to someone that knows what to do at a motel !!

This review is the subjective opinion of a Tripadvisor member and not of TripAdvisor LLC.
Shawn C
Central Oregon, Oregon
2
Reviewed 9 September 2018
was so so

The room was clean... Bed was comfy but only one bar of soap? one washcloth?and no bulb in lamp or batteries in clock?/ baseboards needed cleaning while doing room..Nice medicine cabinet and light fixtures..a bit dark,would do nicely to have a cheery bed comforter or spread..The price was right...

This review is the subjective opinion of a Tripadvisor member and not of TripAdvisor LLC.
Smurf351
Monroe, Utah
18
Reviewed 27 August 2018
Just keep driving

I would like to have a good review of this place, but I can't. We need a room late at night, called and they had a room, but when we showed up there was no one in office. We waited for several minutes and were just about to get back in our vehicle when someone came out of a back room, on the phone, having a conversation with someone the entire time they checked us in. (wow) I have termed this motel the "sketchy dive" or our entire trip. There appeared to be a lot of long term rentals. There were people partaking of the local recreational drug of choice standing outside their rooms and a van full of people across the street from our window that were doing the same until about 330-400 in the morning (the van was still there in the am when we left). I couldn't sleep, I was worried for the safety of my wife and daughter, and about 4am or so the smoke started seeping into our room from outside. The beds were cheap amazon? memory foam beds. I would have felt safer sleeping on the side of the road in my vehicle