the anti-(large) family inn - Review of The Ness

I just tried to book a table for an outing with our grandchildren and was told that in the summer they don't take bookings of more than 8 people - we would be ten.

What a shame I said - perhaps a table of four and a table of six (and then we would push them together) - but the manager might object I was told.

The charming man said perhaps come in the winter. I said forget it - if you are anti-(large) family you are anti-large family. I suggest a boycott until they change the policy. Such a shame as it used to be such a family friendly place - we'd been going there for years....More 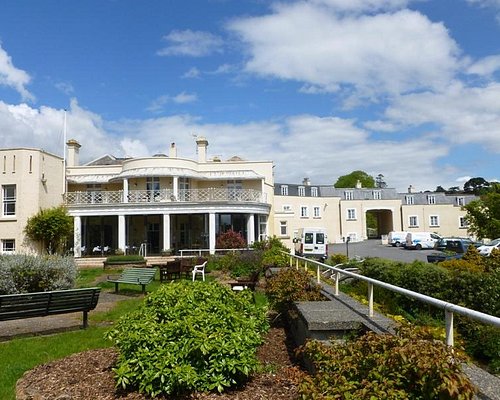 Breakfast included
Cliffden Hotel
US$85
Booking.com
View Deal
Free cancellation
Hotels.com
US$70
Trip.com
US$67
Expedia.com
US$70
View all 11 deals from US$67
773 reviews
1.5 km from The Ness 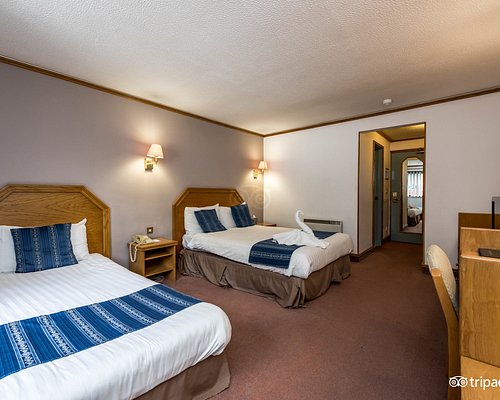 Hotels.com
View Deal
Free cancellation
Pay up to 12X
Expedia.com
US$90
Travelocity
US$90
Orbitz.com
US$90
View all 14 deals from US$90
1,499 reviews
5.9 km from The Ness
We compared the lowest prices from 14 websites PremierInn.com
View Deal
Trip.com
US$53
Expedia.com
Travelocity
View all 8 deals from US$33
1,013 reviews
7.1 km from The Ness

We recently stayed at the Ness on our wedding night with guests taking the remainder of the rooms.

Though the booking was a little complicated as we had reserved the rooms over a year ago and splitting them into peoples names proved tricky, the staff were never the less helpful and we got there eventually.

We also dined there with over 40 people on the Sunday following the wedding and were impressed but the speed of service for such a large party as well as the quality and choice of food available.

With stunning views across the Teign Estuary we would recommend the Ness to anyone.
The premiere suite has a particularly impressive bathroom with views across the river whist you relax in the bath - simply stunning!

Myself, my husband and 2 friends went to The Ness yesterday for lunch and we were very unimpressed, initially with the service. When we arrived we sat on an empty table as we weren't told anything else and then I had to go a member of staff for menus, she told me she would bring them over. Around 10 minutes later, we were still waiting, so we ended up going to get some menus from the bar staff while we ordered drinks. We then chose our food and returned to the bar to order where the barman told us that it was table service, we said we weren't willing to wait for someone to come to the table as we'd already waited 10 minutes for menus which didn't arrive! Once food was ordered, starters came out fairly quickly, however after we had finished, we waited an excessive amount of time for our plates to be cleared (a minimum of 20 mins) and then a further 20-25 mins for main courses. When these arrived, one of our friends had ordered a burger which he had opted to 'double up' on (he had paid for this already). When it arrived, it was single tier, so had to send it back and was no more than tepidly warm. He also had 2 completely different style of chips, as if they'd run out of one type so they had just given him half and half! Ridiculous. I had a sweet potato burger, which was also far from hot, and wasn't even a burger - It was merely circular mashed sweet mashed potato in a bun. Overall, it was a poor experience given the reputation of the business.

This review is the subjective opinion of a TripAdvisor member and not of TripAdvisor LLC
kilmisp
London, United Kingdom
1410
Reviewed 30 July 2014
Food used to be so good - what's happened?

I holiday in Teignmouth regularly, and normally come across to The Ness for lunch or dinner as the menu is usually good and the food tasty. However, since the last time I was there, the menu has changed (for the worse) and I think the chef must have changed too.

Positives - the staff are still lovely, and the views are amazing. We also had very good starters
Negatives - everything else

The waiters have obvioulsy been told to take orders without writing things down, so it wasn't a complete surprise when the wrong steak and accompanying dishes turned up. It took about 15 minutes to sort, in the meantime the other meals were getting cold. When the correct steak did arrive, it looked (and tasted) as if it had been butterflied and microwaved in order to cook it quickly. It was tasteless, very chewy and full of gristle. Not what you expect at £15.25. The other meals (gammon and steak & ale pie) were 'ok', however the 'buttery mash' didn't tast like it had seen a potato. And what's happened to the lovely way that Hall & Woodhouse normally present the meals? Again, the starter looked fine, but the main meal was just slap dash on a plate. Needless to say, we left without having pudding.

The appalling meal was compensated for well, but this should not have happened in the first place (we were also aware of people around us being not entirely happy with their meals). I'm not sure what's happened, but someone needs to take a firm grip of things as this used to be a great place to eat - I'm hoping that it will return to being just that.

This review is the subjective opinion of a TripAdvisor member and not of TripAdvisor LLC
hellybell14
Manchester, United Kingdom
3613
Reviewed 30 July 2014
Fantastic views

Stayed 2nights. Had a decent sized room with comfortable bed. Plenty of towels but v small bathroom,.. V long balcony with lovely view over the garden and sea. Room 2 & 3 have the best sea views but I couldn't complain with our view.
Had a meal in the restaurant which was excellent. Friendly,helpful staff too.
Breakfast on the first day was a bit haphazard with items missing from my breakfast & lack of cutlery etc. the next day was an improvement!
Would return definitely.

This review is the subjective opinion of a TripAdvisor member and not of TripAdvisor LLC
merrivale7
Farnham, United Kingdom
2617
Reviewed 21 July 2014 via mobile
What a shame and utter disappointment

We chose The Ness as it had been my fiancée's dream location since childhood, what a disappointment.
On the plus side the location is second to none, with beautiful views over to Teignmouth and virtually it's own secret beach. The staff were friendly and helpful but sadly the whole stay was tainted by the most appalling food. Both the poor quality of produce and the skills, or lack of them, of the chef were very evident. And clearly the staff did not have the experience to know any better either. We certainly will not be returning.