Booking.com
Priceline
CheapTickets
View all 10 deals
Prices are the average nightly price provided by our partners and may not include all taxes and fees. Taxes and fees that are shown are estimates only. Please see our partners for more details.
redxdress
Edinburgh, United Kingdom
150102

Other people we know have been here before and told us how much they liked it, but the actual beauty, comfort and welcome upon our arrival exceeded our expectations and imagination too.

The grounds provide an unusual and romantic setting for exploring and taking in views, for guests of varied ages and abilities. The hotel interior (including the drawing room, library bar, restaurant and our bedroom) hearkened back to glamor and style of a bygone age, but with contemporary touches as well.

The food and drink were a real pleasure, and staff just as friendly and helpful as could be, without ever giving us too much or too little attention. We enjoy the Loch Awe area, and hope to stay here again someday on a future visit.More

Show less
Trip type: Travelled as a couple
See all 843 reviews
Nearby Hotels 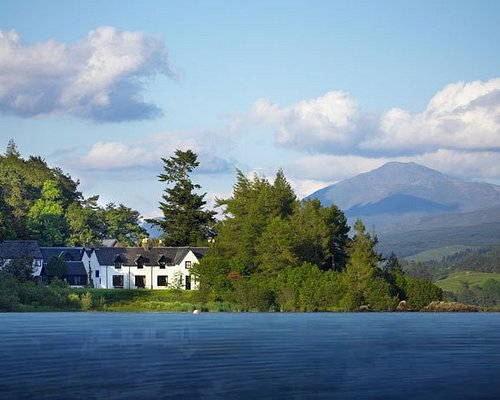 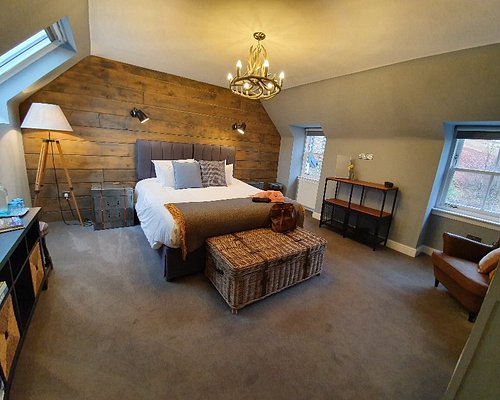 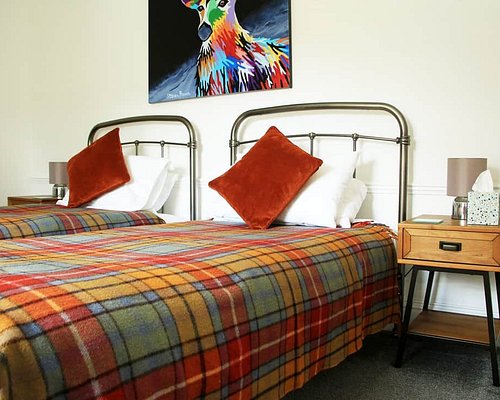 We went to Ardanaiseig looking for somewhere to chill out in comfort for a few days. It delivered and then some.

We stayed in the Boat Shed, which was a great start with its superb views of the loch and wildlife and total peace and quiet. The Shed has a small kithen and at first we thought we may make use of it but dinner on our first night there changed that - the food was terrific and the staff - the first word in the title is "People" and the friendly and skilled staff were out of this world.

This review is the subjective opinion of a Tripadvisor member and not of TripAdvisor LLC.
Road29487047234
11
Reviewed 3 August 2021 via mobile
Fabulous

What an amazing hotel - a true escape from modern life. Stunning views, excellent food and service. Room was comfortable and clean with lots of character. So good to sit outside on the lawn, admiring the scenery and watching the birds. One night here is not enough!

This review is the subjective opinion of a Tripadvisor member and not of TripAdvisor LLC.
61gordonf
12
Reviewed 31 July 2021
Excellent staff doing their best in hotel which is crumbling around them

The good bits: The staff were excellent, offering a high standard and very friendly service. Breakfast and dinner were good standard and the bar offered good variety of drinks, including a decent selection of whiskey.
Not so good bits: The hotel building, decoration and the grounds are in a very obvious state of decline and in serious need of investment which has clearly been lacking for years. We enjoyed our stay at Ardanaiseig, but the condition of the hotel significantly detracted from it being the experience it could have otherwise been and made it feel like poor value for money at the fairly high prices being charged. The owner, Mr Bennie Gray, needs to make a major investment in this hotel before its good reputation deteriorates to the same condition as the building.

This review is the subjective opinion of a Tripadvisor member and not of TripAdvisor LLC.
Allan C
Balvicar, United Kingdom
117
Reviewed 25 July 2021
Great food but standards are slipping.

I have stayed in this hotel before and left reviews about the excellent food and we were not disappointed by the meals this time. The staff are wonderful, friendly and attentive. Unfortunately our room on this occasion was grubby and dingy, had worn out furniture and no wi-fi. It did not look like a guest bedroom, there was not even a headboard, and there was litter from previous guests and stains from spilled coffee (I hope) which had not been wiped from the chair. The bathroom had mould on the walls.
We were only booked for a couple of nights so did not complain but when I received an email on our return asking how our stay was I decided to respond by letting them know about the room and even sent some photographs. I thought we might have received an apology and a thank you for taking the time to reply but there was no response to my emails and I can only assume that the management know about the problems with some rooms and chose to ignore them. Its a shame, I probably wouldn't return but I will definitely miss the food!

Room tip: Do not, under any circumstances, let them put you in Starav!
Ask Allan C about Ardanaiseig Hotel
Thank Allan C

This review is the subjective opinion of a Tripadvisor member and not of TripAdvisor LLC.
Ingrid S
12
Reviewed 13 July 2021
Down at heel hotel with lovely staff, but terrible value for money

This seems to be the hotel that time forgot. Tucked far far away from anywhere, it offers mid 20th century comforts for decidedly 21st century prices. Our room priced with Breakfast at £215 per night had a reasonably comfortable bed and was clean up to a point, if you ignored the mould on the bathroom wall and stains on the coffee table. The wi-fi didn't reach past the foyer and the TV didn't work at all. We were twice promised a freesat box which never turned up. What I found distresssing, as someone who manages refurbishment projects and cares about buildings, was the shabbiness and neglect of the building and its furnishings. The woodwork was falling apart in many places and mould well established in the plasterwork. And don't get me started on the curtains - the 'bags' hanging off a rail in our bedroom were the work of a 5 year old and there were no blackout blinds - unforgiveable in Scotland where the sun comes up at 3am. The shower was over a bath with - horror - a scruffy shower curtain, not a proper glass screen. This is not what you spend over £200 a night for. Curtains in the public rooms looked more professionally made, but had mould on the linings. The bathroom lacked an extractor fan, so all the steam from showers just goes straight into the walls - no wonder there's mould. You cannot just install 20th century accoutrements like hot showers and heating into an old building without considering proper ventilation. Nowadays, Building Control would have a fit.This place desperately needs some serious money spending on it and Mr Gray should be ashamed to let a grade 2 listed beauty like this fall into such a state.
The place is redeemed by friendly, helpful staff (apart from the freesat box) and clearly a very good chef, as we couldn't fault the food.
I realise some people think the place is wonderful - perhaps they see it as shabby chic and charming, but I'm sorry, it's just shabby and not worth the money.

This review is the subjective opinion of a Tripadvisor member and not of TripAdvisor LLC.
View more reviews
PreviousNext
1…456…