The best hotel and restaurant - Review of Monachyle Mhor Hotel

US$350
US$315
View deal
PricelineUS$350
EtripUS$315
Agoda.comUS$350
View all 8 deals
Prices are the average nightly price provided by our partners and may not include all taxes and fees. Taxes and fees that are shown are estimates only. Please see our partners for more details.
ScotinLondon1
London, United Kingdom
9439

The best hotel and restaurant

A stunning and beautiful location with a hotel and restaurant to match!
The food was excellent; staff wonderfully helpful; bedroom really comfortable; location is truly memorable.
This is one of the best hotels that we know - a must place to visit on any visit to Scotland!

Trip type: Travelled as a couple
See all 736 reviews
Nearby Hotels 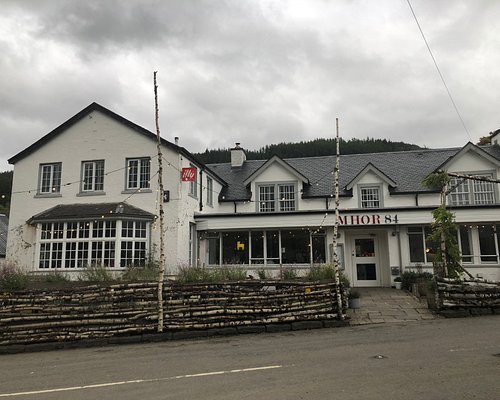 Mhor 84 Hotel
US$167
Booking.com
View deal
Reserve now, pay at stay
Priceline
US$167
eDreams
US$167
StayForLong
View all 6 deals from US$167
425 reviews
8.9 km from Monachyle Mhor Hotel
We compared the lowest prices from 6 websites 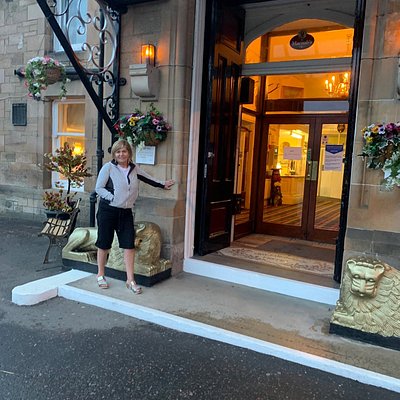 Expedia.com
View deal
Free cancellation
Reserve now, pay at stay
Booking.com
US$60
Hotels.com
US$60
Priceline
US$60
View all 17 deals from US$60
191 reviews
19.6 km from Monachyle Mhor Hotel
We compared the lowest prices from 17 websites
Top Rated
Achray House
US$120
US$108

This review is the subjective opinion of a Tripadvisor member and not of TripAdvisor LLC.
buckersdude
Glasgow, United Kingdom
3866
Reviewed 21 September 2021
Wrong night for food!

Took some friends here to celebrate their birthday as we had heard very good things about the restaurant in particular. Our friends room was in the main house and very small. We had a room that is suitable for wheelchairs as I have a mobility issue. Very good bathroom and plenty of space but not what you would call a luxury room. At dinner you get 3 choices on each course which is limiting and the monkfish I had was very rubbery. Cooking is clearly of a high standard but the choices on the night were not very interesting, perhaps another evening would be more successful. Breakfast however was excellent Staff were mixed, reception very good, waiting staff less so. Certainly a different kind of hotel but long way to travel for an ordinary meal.

This review is the subjective opinion of a Tripadvisor member and not of TripAdvisor LLC.
Deepgiro
39
Reviewed 15 September 2021
Less than the sum of its parts

The single track road that leads to the hotel can be a nightmare if the traffic is busy in the opposite direction. The road is festooned with signs telling you not to park, not to fish, not to camp, not to drink alcohol etc. I'm not sure how this would be policed, but that doesn't stop them telling you what not to do.

The hotel itself has been given a very regrettable pink paint job that does not sit well in the otherwise stunning location. The shipping container that has been bolted to the front also gives it a bit of a Hillbilly feel. The room we had was very small with the tiny single window offering great views of a car park and surrounding outbuildings.

The restaurant was at the front of the building and offered great views of the hills. The set menu is ultra minimal with no a la carte choices. We were served by differing members of staff, some who explained what the course was, some who did not. There were various mystery courses that did not feature on the menu, which was nice, but at the same time we ended up confused what we were actually eating due to the lack of guidance. That aside, the food was of a high standard throughout. Breakfast was also of a high standard and promptly served.

Another feature of room was the bizarre decision to put a super king size duvet on a double bed. This meant that unless most of the duvet was tucked under the mattress, it was left to hang down onto the floor, causing a tripping hazard in the very small room.

Given the prices involved and the expectations that surround this, I was fairly disappointed with the overall experience and won't be rushing back.

This review is the subjective opinion of a Tripadvisor member and not of TripAdvisor LLC.
Rachel123301
London, United Kingdom
5731
Reviewed 10 September 2021 via mobile
Beautiful setting but poor service

The hotel is in a beautiful remote location. The room was lovely (although a little on the small side and had a window from the bathroom to the bedroom which some would find odd!). There were some fun features in the room such as a radio and speakers in the shower but sadly we couldn't get the radio to work, possibly as the location is too remote for radio signal! The road in is a single track road with poor visibility so be careful if arriving at night.

The views were great and it was perfect for a pre dinner drink and a game of boules. However, the service was really below average which is not what we expected given the prices. We were served several courses of our meal (amuse bouches/ canapés etc) by the plates just being dumped in front of us with no explanation as to what they were. The food (both dinner and breakfast) was really great, but the service lets this place down - it was laughable at times which is such a shame as the staff themselves were lovely and were trying very hard but clearly had not been trained and did not know the menu. Given the prices, it is not unreasonable to expect all waiting staff to be properly trained.

Whilst the reception staff were friendly and helpful when we had questions, there was a distinct lack of that welcome feeling and sense of being looked after that I would expect when paying these sorts of prices.

Sadly, I would not recommend this hotel, which is a shame as it is in a beautiful setting and has a lot of potential, but seems to be relying on its surroundings and historic reputation rather than maintaining 5* service.

This review is the subjective opinion of a Tripadvisor member and not of TripAdvisor LLC.
288istvann
1
Reviewed 9 September 2021
Weekend retreat

Absolultly loved every second of IT.
The food was incredible good.
Sam the hoste ín the restaurant really went by the extramile. Great selection of wine ,port ,whiskey.
The food is something out of this world just fabb.
The chef executive name is Marissa. We havent met her but the food is absolultly stuning.
We meet the ohwners Tom and Lisa, great people, very welcoming and friendly. Special thanks for the GM Mike he was incredible good too.
Will be back soon .
Thank you.
The place to go ín 2021.

This review is the subjective opinion of a Tripadvisor member and not of TripAdvisor LLC.
View more reviews
PreviousNext
1…456…