US$125
US$113
View deal
SAVE US$12
PricelineUS$123
Travelocity
ZenHotels.comUS$125
View all 17 deals
Prices are the average nightly price provided by our partners and may not include all taxes and fees. Taxes and fees that are shown are estimates only. Please see our partners for more details.
Dutymo
Little Elm, Texas
101

Room tip: any room is great
See all 165 reviews
Nearby Hotels 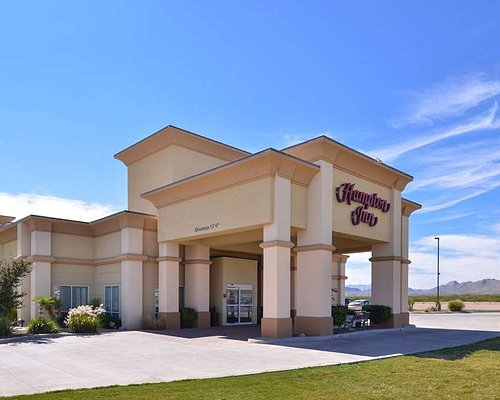 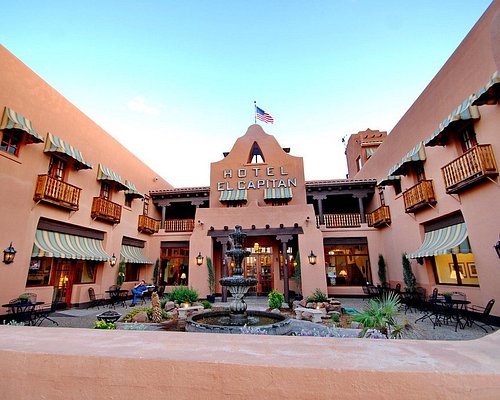 There were two women working at the front desk when we arrived: a younger woman who was properly masked and a middle-aged woman who was not.

My wife and I found it unsettling to be greeted by the middle aged woman who was not wearing a mask. We each took several steps backwards when she started talking to us. When we asked her to please put on a mask, she did so, but she didn’t cover her nose. We then had to ask her twice before she finally covered he nose. The plexiglass at the front desk which has become ubiquitous in our society, was about breast high and was utterly useless.

We realize that the state of Texas recently eliminated their mask mandate. However, we were surprised that Holiday Inn would allow their employees to interact with customers during a deadly pandemic while unmasked.

It’s a shame because this was a nice new hotel. The rooms and public areas were all new and crisp. It’s too bad that Holiday Inn cares so little about the health of their customers that they haven't bothered to properly train their employees in COVID safety.

Hell would freeze over before I stayed here again.

Thank you for staying with us and for leaving a review. I am sorry to hear about the lax observation of the health and safety protocols. I have taken note of your comments and shared them with management for review to take necessary actions to address these concerns.

On a lighter note, I am happy that you liked the room.

I hope you give us a chance to host you again in the future.

Report response as inappropriateThank you. We appreciate your input.
This response is the subjective opinion of the management representative and not of TripAdvisor LLC
adamcN9657MJ
2
Reviewed 1 March 2021 via mobile
Worn Out, Low Quality

Deadbolt in room door did not work. Building’s outer doors did not latch. Lights around mirror did not work, and maintenance could not repair. Shower drain was clogged, but housekeeping cleared it. Ceiling light in bathroom was burned out, but maintenance replaced it. Trash was scattered around the western parking lot. There were piles of open trash behind the dumpsters, which attracted stray cats and skunks at night. A skunk stunk up the whole area one night. People in the mobile homes behind the hotel dump their trash in the dumpsters, which is why they were overflowing. I watched a family from one of the mobile homes dump 9 bulky loads of garbage into the dumpsters one afternoon. The property behind the hotel and adjacent to the mobile homes is a dump site. The following parts of my room were not clean: bathroom floor, TV, dressing mirror, window. The pools were empty and contained debris. The shower head was low-flow, and there was low water pressure. When I went on the IHG website to inform them of these issues, the webpage was down. However, the bed was comfortable, and the room was quiet, which is why this hotel deserves 2 stars instead of 1.

Thank you for staying with us and for taking the time to write us a review.

We aim to provide a pleasant and comfortable lodging experience. However, I am sorry to read that we failed to meet your expectations due to the issues encountered with the overall upkeep of the room received and the amenities. I also hear your disappointment about the cleanliness of the common areas. I understand that you wanted to report these problems but the IHG website was down. We take these matters very seriously and we appreciate you letting us know. Rest assured that your comments have been shared with the hotel upper management and I am confident that the necessary steps will be taken to prevent similar situations from happening again.

We hope that you will give us another chance to show how great our hotel is!

Report response as inappropriateThank you. We appreciate your input.
This response is the subjective opinion of the management representative and not of TripAdvisor LLC
P8119EGjuliec
1323
Reviewed 21 January 2021
disappointing stay

This is the newest hotel in Van Horn and charges more accordingly, We expect a good night's stay but only find out later that sleeping here is next to impossible. Throughout the night we were bombarded by the non-stop, high-volume traffic noise coming from Interstate 10. The hotel is obviously ill-built and absent of any sound barrier devices.

In addition, next morning we were told at the breakfast counter by the old lady server that she had run out of mostly everything even though it's more than half an hour before the end of breakfast service.

Well, we have had good experiences with HIE's, but not this one in Van Horn.

Thank you for your visit. Our hotel provides a quality stay in a simple and refreshing environment.

I read your feedback, and I am sorry for the issues with breakfast and loud noises. I understand your disappointment about what you describe happen. I shared your remarks with our managing team, evaluated ways to improve our guest comfort and prevent breakfast issues. You can rest assured that this will not happen again.

I invite you to come and share your next travel experience with us.

Report response as inappropriateThank you. We appreciate your input.
This response is the subjective opinion of the management representative and not of TripAdvisor LLC
roba814
Tucson, Arizona
3732
Reviewed 15 December 2020 via mobile
Good and not so good

The good thing about Holiday Inn Express hotels in general are always very clean and neat. The not so good about this particular hotel is that it is very close to the freeway and there was quite a bit of freeway noise all night in our room that affected our sleep. Fortunately I thought to download a white noise application on my iPad which was quite helpful. The bed was firm but comfortable. A couple of small complaints that I have more that the shower gel was empty. Also, the thermostat was very loose and almost fell off the wall. Overall, I would suggest requesting a room on the opposite side of the freeway which should be less noisy

Thank you for taking the time to review your stay with us.

Complete guest satisfaction is our topmost priority and it seems that your recent stay leaves something to be desired. Having a good night's sleep is a must and I'm sorry to learn your discomfort due to the traffic noise coming from the freeway. I hear your sentiments about the empty shower gel and the loose thermostat that almost fell off the wall. This isn't the experience we want you to recognize us. I shared your feedback with our hotel management. I'm certain that all you've highlighted will be worked on to ensure each stay would be as pleasant and comfortable as possible it can be.

On a lighter note, we're delighted to hear that you find our facility very clean and neat!

We appreciate the trust you've given us. We look forward to hosting your stay again and show you our commitment to providing an exceptional experience you deserve!

Report response as inappropriateThank you. We appreciate your input.
This response is the subjective opinion of the management representative and not of TripAdvisor LLC
Vincent M
New Orleans, Louisiana
573887
Reviewed 14 November 2020
Great Rooms and Breakfast

I was extremely impressed by this hotel. It's not a luxury hotel: don't come expecting the Raffles or Ritz: but then, this is Van Horn, not Singapore or Paris. For Van Horn I say, don't hesitate at all: book this hotel! Our room was spacious and sparkling clean; two queen-size beds were extremely comfortable after a long, long haul from Houston, and though on a Frontage road, we slept like babes with no traffic noise. The management seems to know what it's doing in terms of pandemic safety: we went to 5 hotels in 10 days and this one had the best, free, cooked-to-order breakfast of any of them, including a Marriott and a Sheraton: and, cooked, packed and delivered with protection against infection in mind. You can eat it there (they've an outdoor area with a Mountain View) or take it off to your room. I haven't stayed at a Holiday Inn for years--maybe decades--and could not be more pleased. Far, far better than I had expected. If I'm ever in Van Horn again, I wouldn't stay anywhere else.

Room tip: One on the south side, away from the I-10 traffic noise.
Ask Vincent M about Holiday Inn Express & Suites - Van Horn
2  Thank Vincent M