DO NOT GIVE THEM YOUR CREDIT CARD INFO!!!!!! - Review of Country Inn & Suites by Radisson, Charleston South, WV

US$88
US$74
View deal
SAVE US$14
Expedia.comUS$83
Agoda.comUS$83
StayForLongUS$88
View all 17 deals
Prices are the average nightly price provided by our partners and may not include all taxes and fees. Taxes and fees that are shown are estimates only. Please see our partners for more details.
R3900WWmb
11

DO NOT GIVE THEM YOUR CREDIT CARD INFO!!!!!!

I had to get a room here in mid February because I lost power and had no heat. A big part of the state was without power and I had no idea how long it would be out. Rooms were booked up in my area, and I had two dogs, so my options were limited. I booked this room which was an hour away. I booked for three days because I didn't know how long I would need it, and knew that everything else was booked up. I checked in around 6 pm on February 17th. My son called me that night and told me that the power was back on. I told the lady at the front desk my power was back on and I didn't need the room for the next two days. She said ok. I left at around 7 in the morning.

I get my credit card statement and they charged me for all three days. I called and spoke with Nicole who refused to refund the two days I didn't stay. She also refused to say whether they re-rented the same room.

DO NOT TRUST THESE PEOPLE WITH YOUR CREDIT CARD INFO!

I was vulnerable and needed a room badly. They took advantage of it. Sleazy business.More

Show less
Room tip: Stay away from this place. They are sleazy and will rip you off.

Dear R39OWWmb,
I apologize for the issues concerning your stay, there is a 24 hour cancelation policy. Because you booked thru a 3rd party, there is nothing I can do about a refund.

Report response as inappropriateThank you. We appreciate your input.
This response is the subjective opinion of the management representative and not of TripAdvisor LLC
See all 645 reviews
Nearby Hotels 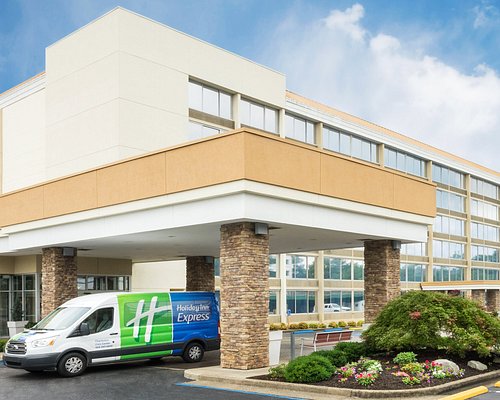 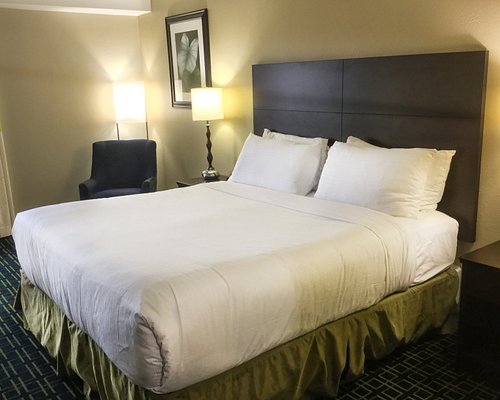 Ramada by Wyndham Charleston
US$72
US$64

Wyndham
View deal
Agoda.com
US$64
Expedia.com
US$64
StayForLong
US$72
View all 16 deals from US$64
54 reviews
7.4 km from Country Inn & Suites by Radisson, Charleston South, WV
We compared the lowest prices from 16 websites 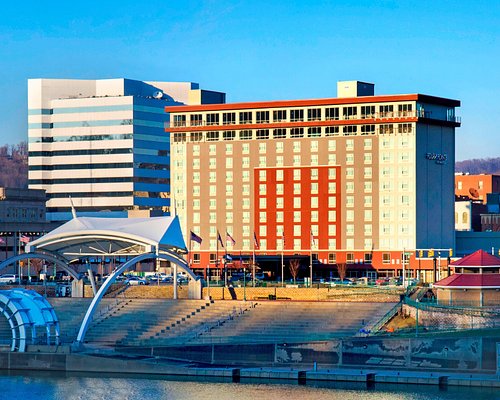 Four Points by Sheraton Charleston
US$93
Booking.com
View deal
Expedia.com
US$93
Priceline
US$93
Hotels.com
US$93
View all 16 deals from US$93
465 reviews
8.0 km from Country Inn & Suites by Radisson, Charleston South, WV

Expedia.com
View deal
Free cancellation
Pay up to 12X
Booking.com
US$152
EmbassySuites.com
US$152
StayForLong
US$180
View all 17 deals from US$152
1,361 reviews
8.1 km from Country Inn & Suites by Radisson, Charleston South, WV

My visit was due to a power outage at my house. This is one of the few hotels that will accommodate dogs. All the ladies at the front desk are very friendly and helpful. They let me check in early on a day where I really needed a warm place to stay. My room was spacious and clean. The housekeeping staff is also very friendly. I would recommend this hotel.

Thank you so much for leaving a great review. We are so happy to be able to accommodate each and everyone of you in this time of need. We are some of the lucky ones that didn’t loose power. We hope you and your family are well and safe.

Report response as inappropriateThank you. We appreciate your input.
This response is the subjective opinion of the management representative and not of TripAdvisor LLC
878shawnn
Charleston, West Virginia
1
Reviewed 21 January 2021
Great place to stay

I stayed here on my way home to Florida. The staff was very polite and hotel was clean. Nice grab and go breakfast. It was nice to see they are pet friendly next time I will bring my dog. I will definitely stay here again.

Thank you for your feedback and for taking the time to write about your experience. We are delighted to read that you enjoyed your stay with us. We look forward to your next stay.

Report response as inappropriateThank you. We appreciate your input.
This response is the subjective opinion of the management representative and not of TripAdvisor LLC
nikkibE558JH
1
Reviewed 8 January 2021
Great place

One of the best hotels I've stayed at for such a low price. Everything was clean and staff was friendly and very accommodating. My son's favorite thing was the nice,clean pool. Other hotels should take notes.

Thank you for leaving your review with us, I am pleased to see you and your son enjoyed your stay with us. We look forward to seeing you on a return visit.

Report response as inappropriateThank you. We appreciate your input.
This response is the subjective opinion of the management representative and not of TripAdvisor LLC
Smith_junior21
Virginia
1
Reviewed 8 January 2021
Looking forward to next stay

I have found my second home. The staff is very polite. The hotel was very clean and even during covid-19 the breakfast selections were more then expected. Was nice to feel very welcomed like I was at home.

Thank you for choosing to stay with us, we always try to make everyone's stay as comfortable as possible. And always look forward to return visits.

Report response as inappropriateThank you. We appreciate your input.
This response is the subjective opinion of the management representative and not of TripAdvisor LLC
U8436MMroberts
1
Reviewed 8 January 2021
Enjoyed stay

I enjoyed my visit on 1/4/2021. The stage was very friendly and professional. I am looking forward to visiting this establishment Everytime I'm in town. My room is always clean and we'll stocked. Will recommend others to stay.

Thank you so much for leaving your review, I am pleased to see you enjoyed your stay here with us, and look forward to seeing you again on a return visit.

Report response as inappropriateThank you. We appreciate your input.
This response is the subjective opinion of the management representative and not of TripAdvisor LLC
View more reviews
PreviousNext
123…108