The perfect place to stay - Review of The Charmant Hotel

The perfect place to stay

Wow! This hotel is PERFECT. My husband and I needed a getaway and this place met all our expectations. The staff made us feel like celebrities, every one of the restaurants was superb, and our room and view were to die for. We loved the complimentary cruiser bikes to explore the city! Our room wasn’t quite ready when we arrived but the staff made up for it with complimentary cocktails from the bar- which were delicious! We enjoyed the rooftop for drinks and ate dinner at the hotel, and honestly felt like we never really needed to leave the hotel in lacrosse. One of the best experiences I’ve had at a hotel in a LONG time.More

Show less
Review collected in partnership with this hotel
This business uses tools provided by Tripadvisor (or one of its official Review Collection Partners) to encourage and collect guest reviews, including this one.

Dear taylortterbo, thank you so much for the kind words! Reviews like this is the reason that the staff and management here enjoy what we do! We hope to host you and your husband again for another getaway.

Report response as inappropriateThank you. We appreciate your input.
This response is the subjective opinion of the management representative and not of TripAdvisor LLC
See all 2,981 reviews
Nearby Hotels 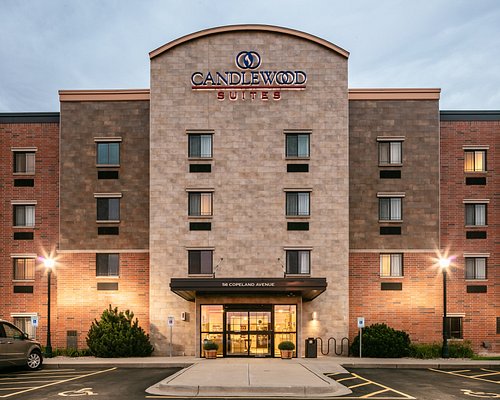 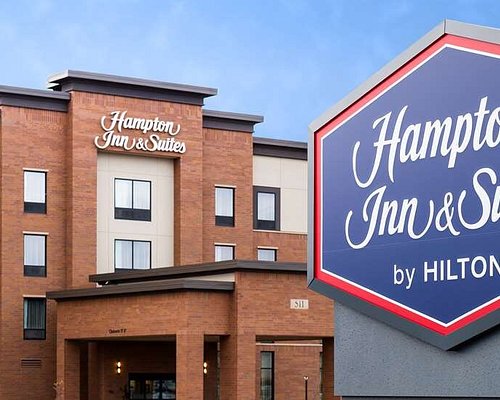 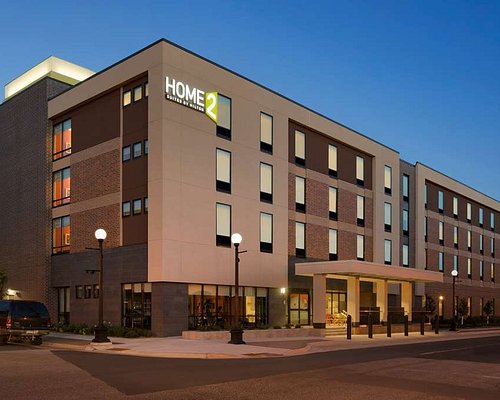 Breakfast included
Home2 Suites by Hilton La Crosse
US$280
Booking.com
View deal
Expedia.com
US$254
Priceline
US$254
ZenHotels.com
US$325
View all 18 deals from US$254
426 reviews
0.5 km from The Charmant Hotel

Courtyard
View deal
Trip.com
US$369
Expedia.com
Travelocity
View all 15 deals from US$296
281 reviews
0.6 km from The Charmant Hotel

Expedia.com
View deal
Free cancellation
Reserve now, pay at stay
Wyndham
US$140
Hotels.com
US$119
ZenHotels.com
US$153
View all 19 deals from US$119
772 reviews
4.0 km from The Charmant Hotel
We compared the lowest prices from 19 websites
Breakfast included
Quality Inn
US$97
US$80

My wife and I come up to the La Crosse area every year and always stay at the Charmant. We have always been treated great. The rooms here are some of the nicest rooms we've stayed in. Just the overall experience of the Charmant is something everyone should experience.

Review collected in partnership with this hotel
This business uses tools provided by Tripadvisor (or one of its official Review Collection Partners) to encourage and collect guest reviews, including this one.
Ask Jkschmitt about The Charmant Hotel
Thank Jkschmitt

This review is the subjective opinion of a Tripadvisor member and not of TripAdvisor LLC.
Simbet
Minneapolis, Minnesota
220180
Reviewed 20 July 2021
Awesome 2-night stay with just a couple (minor) hiccups

We treated ourselves and stayed in the Charmant's Grand Salle room 504 for two nights in June. We thought the Charmant was a really lovely property overall, with just a couple oddities that seemed to be "getting back to normal hotel operations in 2021" hiccups.

The bed was comfy, and the room was pretty dark (minus the annoying blinking bits of technology from the air purifiers/fans...we just put a washcloth over them! That they had purifiers in the first place was fantastic, so we shouldn't even be complaining.) Internet was very good. The sofa in the living space wasn't particularly comfortable, but we had gorgeous weather while we were there and spent most of our time on the private deck admiring the views anyway. :)

The bathroom in our room was terrific, with a huge Kohler soaking tub and a shower that had great temperature control and water pressure.

The hotel was quiet; front desk staff and valets were younger but all were very professional and friendly.

We paid $15 a day for valet (they had an app you could use to have them fetch your car, which was really convenient) and thought it was well worth it.

Their fitness center was still closed, but they did provide day passes to a nearby "corporate wellness center" which was very, very nice - probably much nicer than what the hotel had, so no complaints there!

The only meal we had at the hotel restaurant was breakfast one morning, which was pretty good.

The few minor annoyances we had during our visit stemmed from either a lack of staffing or attention to detail: for example, trays of room service dirty dishes left out in front of other guests' doors in the hallways remained there an uncommonly long time; our deck wasn't well-tended (everything needed a thorough wiping-down, there were cobwebs and even a wasp nest in one corner, and the lovely "green roof" plants were half-dead, presumably from a lack of water.) Hopefully details like this will get ironed out as daily housekeeping service becomes a regular event again.

(We should also mention that we don't know how noisy the private deck gets when the hotel's rooftop bar is open, as it was closed both nights we were there.)

All in all, we had a fantastic stay at the Charmant and will definitely stay there again if life brings us back to La Crosse.

Thank you for staying with us at The Charmant hotel recently and for completing our online survey. I appreciate your very detailed and overall positive feedback but would like to apologize for the minor annoyances you experienced, in particular the dirty dishes outside your room, the poorly maintained outside deck and the condition of our outdoor plants. This is all very valuable feedback which we take seriously in order to provide an ever better guest experience.

I'm glad though that you overall enjoyed your stay with us here at the hotel and hope that we can soon welcome you back.

Report response as inappropriateThank you. We appreciate your input.
This response is the subjective opinion of the management representative and not of TripAdvisor LLC
allyson360
Olympia, Washington
12470
Reviewed 19 July 2021
Outstanding historic hotel

This is a beautiful historic hotel with outstanding service. It has a lovely roof top bar, the rooms are beautifully done and updated. The staff are incredibly pleasant and accommodating, I highly recommend this hotel as a perfect place to stay in LaCrosse.

Review collected in partnership with this hotel
This business uses tools provided by Tripadvisor (or one of its official Review Collection Partners) to encourage and collect guest reviews, including this one.
Ask allyson360 about The Charmant Hotel
Thank allyson360

Thank you for your review! We're happy that you enjoyed our rooftop terrace and the history of the building. Please join us again!

Report response as inappropriateThank you. We appreciate your input.
This response is the subjective opinion of the management representative and not of TripAdvisor LLC
michelekw70
Louisville, Kentucky
1
Reviewed 19 July 2021
Beautiful, Welcoming, Pet-Friendly Hotel

The Charmant is a very pleasant, welcoming hotel. The building is historic and beautiful (it was an old candy factory). The staff are very attentive and treat you as valued guests. The rooms are very comfortable with a huge walk-in shower. Best part of of the hotel is it is pet-friendly, and very welcoming to dogs. They provide a dog bed and bowls upon arrival. Would wholeheartedly reccommend this hotel to anyone traveling with their 4-legged family member..

Review collected in partnership with this hotel
This business uses tools provided by Tripadvisor (or one of its official Review Collection Partners) to encourage and collect guest reviews, including this one.
Ask michelekw70 about The Charmant Hotel
Thank michelekw70

Report response as inappropriateThank you. We appreciate your input.
This response is the subjective opinion of the management representative and not of TripAdvisor LLC
Beverly D
Morris Plains, New Jersey
190116
Reviewed 19 July 2021
Former Chocolate Factory

This older hotel with an interesting history, is located near the Mississippi and the site of river festivals, one which was going on while we were in town. The king rooms have very high ceilings but the rooms are not especially large. Good sized baths. This was one of the few places we stayed at this July that still had valets and porters interacting with patrons. Even to get ice, one had to request delivery of said to our room. At this time of social distancing, I felt this was excessive. We had a delicious pizza and drinks at their very attractive rooftop restaurant. Great atmosphere. Breakfast was served downstairs in the hotel dining room but no one suggested to us that we needed a reservation. Fortunately, we were accommodated at the bar. The food was good. There was additional seating behind us but they were lacking in sufficient staff to service it. One enterprising mom ordered her family's food at the bar and then carried it over to the seating area herself.

Room tip: We could hear the music from Riverfest but it stopped around 11PM so a room facing the river is a good choice.
Ask Beverly D about The Charmant Hotel
1  Thank Beverly D