Not What it Seemed - Review of Bridgewater Hotel, Trademark Collection by Wyndham

US$120
US$92
View deal
WyndhamUS$101
Hotels.comUS$101
travelup.comUS$120
View all 18 deals
Prices are the average nightly price provided by our partners and may not include all taxes and fees. Taxes and fees that are shown are estimates only. Please see our partners for more details.
Alaskancaptain926
Anchorage, Alaska
1

Not What it Seemed

Though the hotel is well located in historic downtown Fairbanks, close to restaurants and the Chena River, it fell short of their advertised amenities and hotel room space. No Continental breakfast though advertised, and the rooms are really small. Best suited for a single occupant. More

Show less
Review collected in partnership with this hotel
This business uses tools provided by Tripadvisor (or one of its official Review Collection Partners) to encourage and collect guest reviews, including this one.

Thank you for staying with us while in Fairbanks. We are sorry we fell short of what you had hoped. Unfortunately, due to nationwide staffing shortages we had to close our Bridgewater Café during Covid. We do offer breakfast items in our market, along with soda, snacks, and souvenirs. We appreciate your feedback and hope you have a wonderful winter.

Report response as inappropriateThank you. We appreciate your input.
This response is the subjective opinion of the management representative and not of TripAdvisor LLC
See all 351 reviews
Nearby Hotels 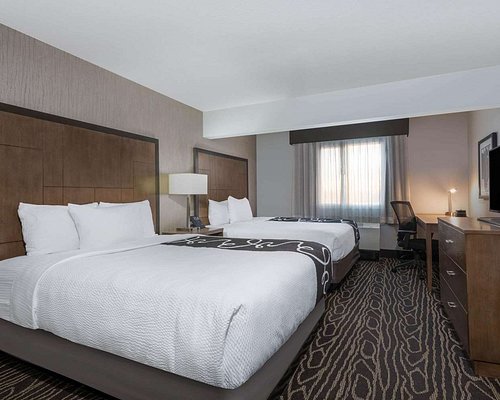 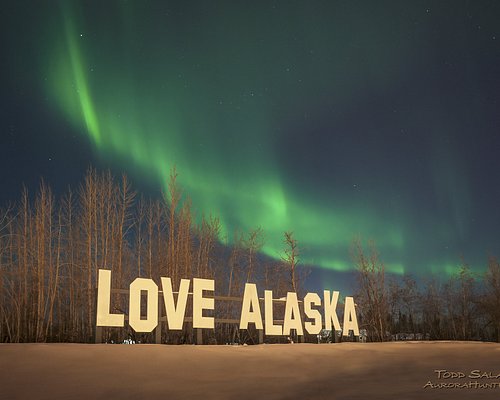 Pike's Waterfront Lodge
US$139
US$125
Booking.com
View deal
Tripadvisor
US$125
Expedia.com
Hurb
US$139
View all 16 deals from US$125
2,441 reviews
6.0 km from Bridgewater Hotel, Trademark Collection by Wyndham
We compared the lowest prices from 16 websites 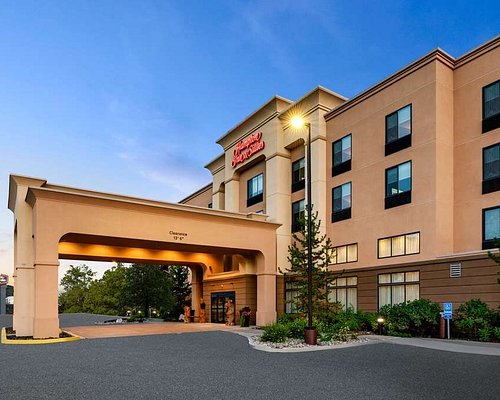 Expedia.com
View deal
Pay up to 12X
Booking.com
US$610
Trip.com
US$582
Hotels.com
US$650
View all 11 deals from US$582
15 reviews
17.1 km from Bridgewater Hotel, Trademark Collection by Wyndham
We compared the lowest prices from 11 websites
Top Rated
Chena Hot Springs Resort
US$210

My spouse and I were vacationing in Alaska in July 2021 and spent two nights (a Thursday night and a Friday night) at this hotel.

We were able to check in shortly after the official check-in time on the Thursday afternoon that we first arrived in Fairbanks. The check-in process went okay. Our room (#104) was clean and comfortable but it was quite small. We had hoped to have a room on a higher floor (I may have requested a high floor when I first booked the room), but no rooms on a higher floor were available when we checked in. We did not have a view at all outside our window which was kind of a bummer. (it appeared partially underground or obscured by some kind of a concrete wall... with a picture of a winter scene in the window's place.)

We didn't spend much time at the hotel which was fine, because the hotel was pretty basic. I don't think they were offering any kind of breakfast besides coffee, so I can't speak to the breakfast situation. There's a business center computer in the lobby, but I didn't try using it so I wasn't sure whether it was working or not.

Altogether, this is a pretty simple hotel. The location, being in downtown Fairbanks, was great! I just can't give it a rating higher than 3 stars (average) because there was nothing special about it at all. It had a modern look which was nice, but as I mentioned, the room was too small. We felt cramped. We had no major complaints, though.

Thank you for staying with us during your trip to Alaska. We completed a renovation of all guest rooms in 2018 and are glad you enjoyed the modern look. We appreciate your business and hope you have a wonderful winter.

Report response as inappropriateThank you. We appreciate your input.
This response is the subjective opinion of the management representative and not of TripAdvisor LLC
crabapple58
Avon, CT
8231
Reviewed 31 August 2021
Centrally located , clean, urban hotel

ideal to be centrally located and within 1-2 miles of grocery, REI, coffee shop, bakery, Costco. Alongside a scenic walking path. Staff was pleasant, place was clean, the mattress is very soft. The bathroom stall(no bath ) is small, narrow, tight fit if you are large. Available parking. We arrived in the evening and waited @25 minutes for the shuttle.

Thank you so much for your feedback. We love being located downtown by the beautiful Chena river, and are glad you were able to enjoy the beauty of Alaska. We will be sure to pass your comments along to our staff, and we appreciate your business.

Report response as inappropriateThank you. We appreciate your input.
This response is the subjective opinion of the management representative and not of TripAdvisor LLC
Zac K
2
Reviewed 25 August 2021 via mobile
Great service and good rooms

Excellent ride service from the airport to the hotel, room was good too with windows overlooking the river and part of the town. Snacks downstairs, clean rooms, and good housekeeping make it worth it. Not having a breakfast of some sort was a small let down but the small building does make it difficult

Thank you so much for your fine review. Much appreciated and so pleased that overall you enjoyed your lodging experience at the Bridgewater Hotel in Fairbanks.

Thank you for your business.

Report response as inappropriateThank you. We appreciate your input.
This response is the subjective opinion of the management representative and not of TripAdvisor LLC
GJ H
74
Reviewed 24 August 2021
Fairbanks

Great hotel with great staff, on time airport pick up and train station transportation. Super location to nearby sites and great walking area. Room was quiet, neat and clean as was the lobby area we were very satisfied with this hotel.

Thank you so very much for the fine review, following your recent stay at the Bridgewater Hotel in Fairbanks.

We are all so pleased that you thoroughly enjoyed your stay and we most certainly appreciate your business.

Report response as inappropriateThank you. We appreciate your input.
This response is the subjective opinion of the management representative and not of TripAdvisor LLC
Jet61836526211
1
Reviewed 16 August 2021 via mobile
The front desk clerk lied

Although my reservation said I would arrive at the Bridgewater hotel at 11 pm and I arrived at 11:15pm, I was told no rooms were available and that my reservation was for the following night, even though I had a written confirmation. I suspect they thought I wouldn’t arrive and sold the room. The desk clerk reluctantly checked with their sister hotels and said they were full too.

Then she checked with her manager who said I should use a room with a broken door lock where I’d have to be let in each time by staff. The clerk went up to check if the room was cleaned and came back saying it was. I went up and the room was filthy with trash scattered around and a partially unmade bed, where the clerk had folded a little towel. I called down and told her to at least bring up sheets and I’d make my own bed, which she did grudgingly. I hoped the towels were clean and not just folded to look clean.

I dislike being lied to. As an added irritation their internet was down and initially their parking lot was full, meaning I’d have to park several blocks away. Luckily a spot opened at the last moment.

We are so very sorry for the unpleasant experiences you encountered while attempting to check-in at the Bridgewater Hotel in Fairbanks. This is totally unacceptable and embarrassing to say the least. No excuses.

We would like to make it up to you and at the very least to refund you for the one night's stay.

Please at your convenience, would you mind reaching out to the hotel's general manager with your contact information?