SpringHill Suites Macon
SpringHill Suites Macon
Lowest prices for your stay
Lock in the lowest price from these sites
US$105
US$91
Free cancellation until 09/12/21
Reserve now, pay at stay
View deal
Expedia.comUS$91
PricelineUS$91
SpringHill SuitesUS$105
Hotels.comUS$91
Agoda.comUS$91
FindHotelUS$91
View all 19 deals
Prices are the average nightly price provided by our partners and may not include all taxes and fees. Taxes and fees that are shown are estimates only. Please see our partners for more details.
littlewoodangie
Winter Haven, Florida
2412

This hotel was exceptionally clean. The beds were so comfy I didn't want to get out in the morning! The staff were very friendly and helpful. I spoke with one of the housekeepers and complimented her on the job that they were doing. I then did the same with the manager of the hotel and asked him to make sure the housekeeping staff were told. Guests are quick to complain, but not quick to give credit when it is due. My only complaint was that there was very little choice for breakfast. Just scrambled eggs, turkey sausage patty, biscuits and gravy for the hot breakfast. No toast, bagels, cream cheese or jellies. Just a choice of 3 different cereals and yogurt. There was also apples and bananas.More 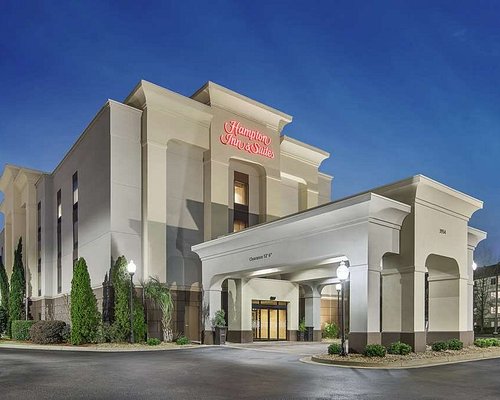 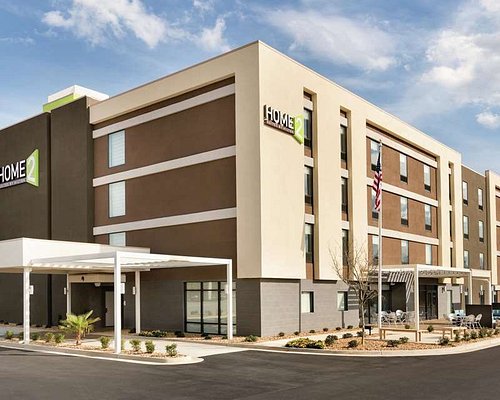 Taking safety measures
We compared the lowest prices from 20 websites
Hilton Garden Inn Macon / Mercer University
US$147
US$118
Booking.com
View deal
Expedia.com
US$118
Priceline
US$118
Lol.travel
US$147
View all 20 deals from US$118
877 reviews
11.4 km from SpringHill Suites Macon

Everything was great! We marveled at the great design of the suite. Desk, coffee bar, sofa, swiveling TV, comfortable king bed with great linens. Separate room for toilet and “his” sink. Breakfast served 6-9 am. Don’t know if property is new but seemed like it with quite updated design. Right off interstate.

This review is the subjective opinion of a Tripadvisor member and not of TripAdvisor LLC.
tennisplayer823
Tarpon Springs, Florida
18336
Reviewed 9 July 2021
Did not disappoint!

We have been staying in Springhill Suites since the brand came on the scene about 20 years ago. It never disappoints! Nice, spacious & clean rooms -- decent breakfasts -- comfy beds. I will give the only negative I have found at several Spring Hills lately. Towels that have seen their better days -- need to be taken "out of service." Come on Marriott -- it's not rocket science!!

This review is the subjective opinion of a Tripadvisor member and not of TripAdvisor LLC.
Lisa_Tread
11
Reviewed 14 June 2021 via mobile
Not Marriott quality-staffing issues

Reserved a room here for one night while traveling home from vacation. My family and I arrived at approximately 8 pm. We were originally assigned a room for the night. Upon entering that room the bed was not made, there were empty drink bottles on the night stand and in the bathroom. I called the front desk and they advised to come back for a new room. My son had taken a pic with his phone of the original room and the front desk staff asked him to send the pic to the managers email and he did. We were then given a new room assignment just 2 doors down from the first room. Upon entering the new room it appeared clean and I do believe it was, to a certain point. Per the pics attached, there were tooth paste spots on both mirrors in the room, the night stand and floor in the toilet room and bathroom had an oily film on them. We had no wash clothes in the room, there was only a bath mat as a hand towel in the toilet room and one of the pull out couch sheets had a blood stain on it. Not at all what we expected from a Marriott property. I shared my concern with the new front desk staff in the morning and he just advised that unfortunately I was not the only one complaining and he tried to give me the managers email again but I advised we already sent her a pic. He stated there was nothing more he could do but apologize and it was more than likely due to them being unable to hire good workers.
On a positive note, the bed was very comfortable and we slept good.

This review is the subjective opinion of a Tripadvisor member and not of TripAdvisor LLC.
555_95472
Royal Oak, Michigan
3037
Reviewed 28 May 2021 via mobile
Clean and comfortable

This was a good stay on a drive on I75. The hotel lobby was large, welcoming and clean. Workers were following the mask protocols as shown on signs all over the doors and lobby.

The rooms were large and had a good number of outlets and USB ports. The design was less than optimal though. The bathroom was split into a separate shower/sink room and a toilet/sink room. Each had a sliding door that was heavy, difficult to close, and very noisy. While this was great in that someone could use the toilet if the shower was occupied, they were located directly across from the beds. There was no way you could use these on the middle of the night and not wake everyone up. The shower room door had frosted glass, so light would shine through it directly onto whoever was sleeping.

Because of the bathrooms, the tv was placed in the only area it could go, and you could only see it for one bed.

That said, it was a clean and comfortable place to stay the night after a long drive.

Room tip: Pool hours were short, so an early morning pre departure swim or a late after drive soak is out of the question.
Trip type: Travelled with family
Ask 555_95472 about SpringHill Suites Macon
Thank 555_95472

This review is the subjective opinion of a Tripadvisor member and not of TripAdvisor LLC.
169gingerh
1
Reviewed 19 May 2021
Fabulous hotel

While we were only there for one night, 5/10/2021, we were very pleased with the design of the room, the polite and efficient staff, the cleanliness, the ease of our checkout, and the continental breakfast.