US$128
US$114
View deal
SAVE US$14
Free cancellation until 30/06/21
Expedia.comUS$123
Hotels.comUS$123
Trip.comUS$128
View all 16 deals
Prices are the average nightly price provided by our partners and may not include all taxes and fees. Taxes and fees that are shown are estimates only. Please see our partners for more details.
Case_USA
Minneapolis, Minnesota
13258

Review of Candlewood Suites Murfreesboro
Reviewed 3 weeks ago via mobile 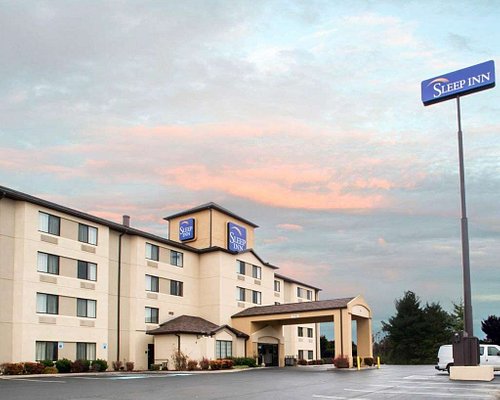 Sleep
View deal
Booking.com
US$85
Expedia.com
US$95
Priceline
US$85
View all 19 deals from US$85
447 reviews
1.9 km from Candlewood Suites Murfreesboro 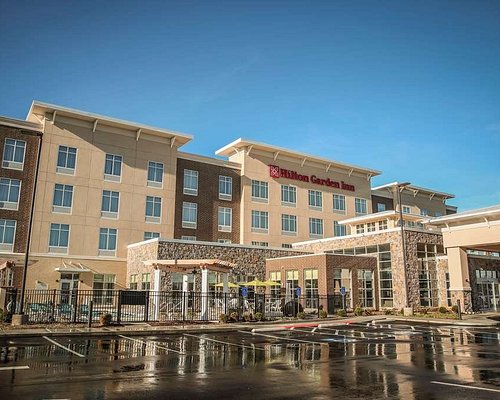 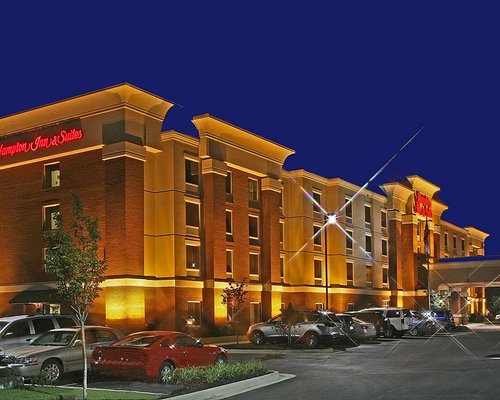 Taking safety measures
We compared the lowest prices from 19 websites
Holiday Inn Murfreesboro
US$147
Booking.com
View deal
Free cancellation
HolidayInn.com
US$147
ZenHotels.com
US$125
FindHotel
US$153
View all 16 deals from US$125
150 reviews
2.3 km from Candlewood Suites Murfreesboro

Taking safety measures
We compared the lowest prices from 16 websites
DoubleTree by Hilton Murfreesboro
US$114
US$107
Booking.com
View deal
Free cancellation
Doubletree.com
US$107
Priceline
US$107
Lol.travel
US$114
View all 18 deals from US$107
1,185 reviews
1.5 km from Candlewood Suites Murfreesboro

My husband and I stayed here for one night on our way north. The hotel was very quiet when we checked in and for our entire stay. We appeared to be on the back side of the building overlooking a parking lot that was only full during daylight hours. That was great because there were only dog walkers on the sidewalk below during the evening.

There is only one elevator and we had to wait several minutes for it after checking in. It seemed to work fine but standing around was annoying. Our room was a walk from the elevator which we liked as we didn't have a lot of people walking by our room.

Our room was very clean although the decor was dated and the furniture was beat up. So beat up that when I sat in the recliner, it stuck in the extended position and my husband had to steady the chair while I crawled out. We reported that to the desk by telephone call (asking if there was a trick to using the lever) and the next morning as a repair item. I also apologized and explained that I had not been rough with it, it just stuck and that I was still sorry it had happened.

The room had a kitchenette and the dish washer had ALL dishes and utensils in it freshly washed. It had a full-size refrigerator which would be really nice if we were staying several days.

The bathroom was stocked with Watkins products which was a huge plus. Unfortunately, the shower gel had not been filled so after a shower apiece it was empty. We reported that to the front desk for filling. The shower head leaked but did not keep us awake and we reported it to the front desk for repair. They knew about it. There were eye makeup remover singles available, which I thought was very thoughtful. They were pretty dry inside but with a little water, they worked fairly well.

The bed and bedding were the big hit. There were two pillows for each side, each embroidered with soft or firm. They were all VERY nice and the linens were very nice to sleep on.

Overall, a good night's sleep was what we wanted and we got it. The seating for the evening was uncomfortable but it was quiet.

When we left, a room two doors down from us had a stack of garbage outside of it over two feet high. All food containers. I wondered how many people were in there! I don't envy housekeeping cleaning that room; I hope they get a good tip, but I doubt it. We always tip well and don't leave a big mess.

We found out that pets are an additional $25 per night so we may stay here on another trip when we have our cat.

This review is the subjective opinion of a TripAdvisor member and not of TripAdvisor LLC
CardsFan9508
St. Louis
5322
Reviewed 24 July 2020
Expected better

Cons:
The lobby reeked of weed.. thankfully the rest of the hotel did not
The couch and recliner in our room had rips in the arms of the chair.
The desk/table had sticky spots from a previous guest that I was able to get up with a clorox wipe

The front desk staff was not awful, but not overly friendly either. When I checked in the girl did not provide any info about hotel amenities or even how to get to our room. After paying she just said, "you're in 416" and handed me the key. The girl at checkout didn't ask how our stay was... I worked in hospitality for 10 years and these are things that are just standard to me. Maybe it's just me!

Overall, paying upward of $130 for the night in a room with ripped furniture and less than friendly staff was a disappointment. Murfreesboro is our overnight stop on vacation but I will definitely look for a different hotel in the future.

Thank you for allowing us the chance to host you and for taking the time to share your review on your recent visit. I'm glad to know that you're pleased with the comfort of the bedding and that you found the location favorable. On the downside, I'm sorry for the letdown due to the issues encountered with the unusual smell in the common area, condition of the furnishings, and the level of service received from our staff. We value your feedback and I have made the hotel management aware of your concerns. I am confident that appropriate steps will be taken so similar situations are avoided from happening again.

We hope you give us another try should your future travels bring you back to the area!

Report response as inappropriateThank you. We appreciate your input.
This response is the subjective opinion of the management representative and not of TripAdvisor LLC
jacksonsadied3084
Smyrna, Tennessee
548
Reviewed 29 June 2020
Still Amazing

The staff was awesoe and the room was cozy. Again, i didn't want to leave. I wasn't aware that their incidential charge increased significantly, but other than that, everything was great. The fitness center was closed, but that's to be expected. And, the outside area was well keep.

We needed a room handicapped with a roll in shower and needed to cook. This met our needs very nicely. Staff friendly and helpful. Does need some updating and the staff said that is planned. Will stay again on next trip.

This review is the subjective opinion of a TripAdvisor member and not of TripAdvisor LLC
Ronald B
Orem, Utah
975248
Reviewed 22 December 2019 via mobile
Glad to have a spot

We enjoyed our short but comfortable stay. This is an extended stay, so longer stays have limited services. No breakfast included. Room was large and nicely appointed with kitchenette included. I think it best to book directly for the best deal but check the resellers for pricing.

Trip type: Travelled as a couple
Ask Ronald B about Candlewood Suites Murfreesboro
Thank Ronald B