The views were wonderful and the location was ideal. However, the room wasn’t fully satisfactory. It didn’t smell great and the beds weren’t the most comfortable. This hotel wasn’t bad but it did bring out the worst in me.

Trip type: Travelled on business
See all 314 reviews
Nearby Hotels 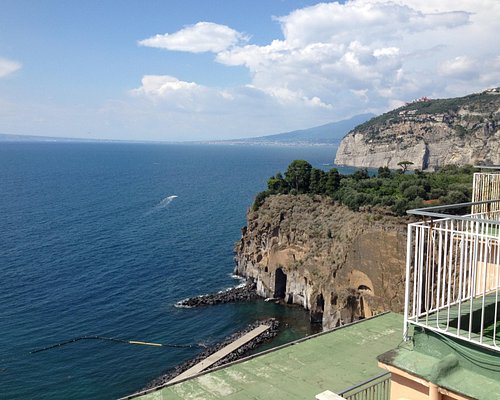 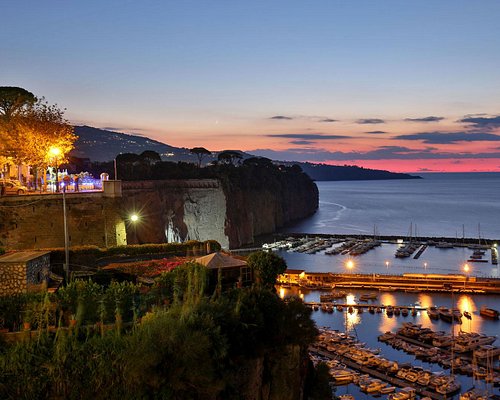 Breakfast included
Hotel Soleluna
US$62
Booking.com
View deal
Free cancellation
Expedia.com
US$62
Agoda.com
US$61
Hotels.com
US$62
View all 15 deals from US$61
60 reviews
0.4 km from Hotel Cosmomare
We compared the lowest prices from 15 websites 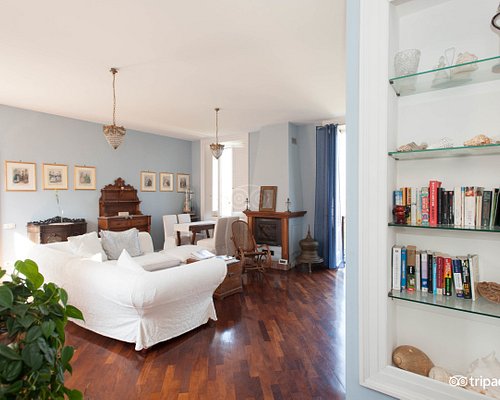 Expedia.com
View deal
Booking.com
US$51
eDreams
Hotels.com
US$60
View all 15 deals from US$51
318 reviews
0.4 km from Hotel Cosmomare
We compared the lowest prices from 15 websites
Breakfast included
Villa Iolanda

Expedia.com
View deal
Booking.com
US$61
ZenHotels.com
US$57
Trip.com
US$65
View all 13 deals from US$57
74 reviews
0.7 km from Hotel Cosmomare
We compared the lowest prices from 13 websites
Top Rated
Breakfast included
Villa Maresca

Expedia.com
View deal
Booking.com
US$86
B&B.it
US$90
eDreams
US$86
View all 11 deals from US$86
191 reviews
1.3 km from Hotel Cosmomare
We compared the lowest prices from 11 websites
Residence L'Incanto Sorrento

Expedia.com
View deal
Booking.com
US$4
StayForLong
Hotels.com
View all 11 deals from US$4
262 reviews
1.0 km from Hotel Cosmomare
We compared the lowest prices from 11 websites
B&B L’Approdo

Luckily my stay wasn’t long at this hotel as it was not where you would want to be for long. To start of the beds were super uncomfortable and the breakfast (I would hardly call a breakfast) consisted of bread rolls, cakes and cereal that you couldn’t even eat as no bowls or milk was provided. Our lunches were provided by the hotel and can I just say, they were DISCUSTING! It consisted of two hard rolls with cheese and a meat and a large cooking apple and water. Those rolls were not only discusting but they were also the cause of my friend loosing a very expensive shoe and although the balconies may look nice they are a danger. One of my friends busted their lip open because she slipped on the balcony and the other lost his shoe off of it! Not only did the bathrooms reek, they also need to sort out their locks because I in fact got stuck in one for atleasg 20 minutes because the lock broke, fortunately I had my phone on me but if I had not who knows what would have happened. A special mention had to be made to room 105 that had a foul stench like none that of ever smelt before!!!
This is not ok, I would suggest making some improvements and I will definitely not be recommending.

This review is the subjective opinion of a Tripadvisor member and not of TripAdvisor LLC.
Meatystench
11
Reviewed 20 March 2019
Hotel stinks but the view from the balcony was nice. DONT STAY IN ROOM 105 OR 210

When my school arrived at the hotel we had been travelling for over 12 hours and had been round Pompeii all day so we were all happy to go to our hotel and relax but NO the lift was broken so we had to lug our 15 kilo bags up the stairs holding our noses at the wet dog and salami stench. While we were at the top of the stairs we had to wait for 30 minutes for our teacher to sort the booking out as their had been an ‘issue’. Finally me and my friends were assigned room 105. When we first walked in, the stench of the room was meaty. It reeked of Nair cream, eggs and poo. The smell only worsened throughout the trip it was so bad, me and my friends had to hold our noses to stop us gagging even the teachers couldn’t go in. The room was ok but looked nothing like the photo and the view was nice. The sheets were an odd colour, had questionable stains and the bed was not the comfiest but I was so tired I got a pretty good nights sleep. Btw the shower is sooo powerful it really hurts your back. Breakfast looks nothing like the photo the bread rolls were stale and the cakes were manky. Don’t get me started on the lunch! Only thing nice is the hot chocolate. The staff did seem friendly however multiple girls had their Victorias’s Secret sprays taken from their room which they assume s was the cleaners. All in all it was ok but don’t stay in room 105 or 210 which was connected To our room and also smelt

This review is the subjective opinion of a Tripadvisor member and not of TripAdvisor LLC.
Bdebsnsmas
12
Reviewed 20 March 2019 via mobile
Questionable

Right.... this hotel doesn’t even deserve a star it was that bad (worse than a holiday inn!!!!!). The hotel is so far up you have to walk up 1000000000 flights of stairs (luckily you get an alright view once up there). The hotel walls were so paper thin we could hear everything. Oh yeah and the breakfast, stale bread and cake (which was probably mouldy). The hotel is soooooooooooooooooooooo cold

This review is the subjective opinion of a Tripadvisor member and not of TripAdvisor LLC.
Stella S
12
Reviewed 20 March 2019 via mobile
I’m disabled now

The room was tiny I had to sleep in a dodgy bunk bed which was already broken (and no not bc of my weight) and then I slipped on the balcony and cut a chunk of my lip out so now I’m disabled thanks to this hotel so thanks :)

This review is the subjective opinion of a Tripadvisor member and not of TripAdvisor LLC.
Ethan G
13
Reviewed 18 March 2019
What is this?!!!

This room 210 stank! The time when we travelled, as a school trip, there was a sewage leak. The balcony was nice but beds uncomfortable. For breakfast dry bread rolls and terrible cakes. There was no milk for the cereal and the drinks had floaters before drinking. Many items were taken and my shoe went off the balcony. You have to buy a key to the safe so that they either take your items or gain money from the safe. The hotel provided packed lunches which had apples, cooking apples! The walls were paper thin and very easy to hear the people next door. Next up, the bathroom. The smallest room of the whole hotel, showers were cold and toilets wouldn't flush. I had a very unenjoyable time in this hotel. I would not advise staying here.

Room tip: Avoid 210! Have a nice view of the sea otherwise you get to see some buses.
Ask Ethan G about Hotel Cosmomare
3  Thank Ethan G

This review is the subjective opinion of a Tripadvisor member and not of TripAdvisor LLC.
View more reviews
PreviousNext
1234…
<script type='text/javascript' crossorigin='anonymous' async onerror='__scriptLoadError(this,true);' src='https://static.