Slept like a baby - Review of Paal 8 Hotel aan Zee

StayForLong
Expedia.com
Hotels.com
View all 15 deals
Prices are the average nightly price provided by our partners and may not include all taxes and fees. Taxes and fees that are shown are estimates only. Please see our partners for more details.
PJPoortwachter
Deventer, The Netherlands
5840

My first impression upon arrival was a little iffy as the servicedesk was somewhat 'I don't know but something's missing' and the room was a badly ventilated.
However, after ventilating the room by opening the balcony door (and did'nt close it until departure 4 days later) and enjoying the view on the rugged dunes, we started to like this place a lot.
Location is perfect, right at the endless beach, breakfast was great and most of all, I slept like a baby!

Trip type: Travelled as a couple
See all 654 reviews
Nearby Hotels 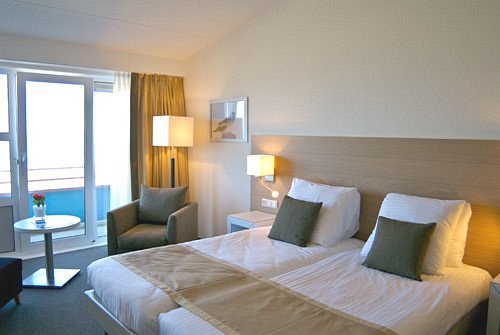 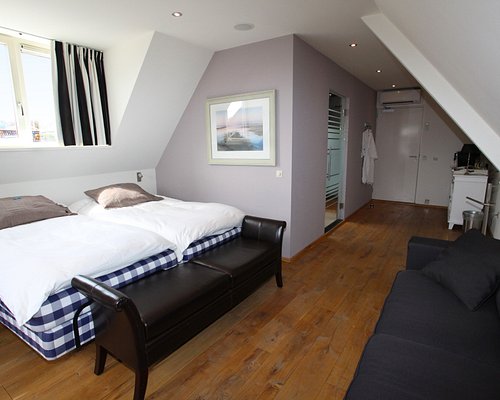 This small hotel is situated only 3 minute walk from the North Sea coast, just behind the dunes. The rooms are nice and tidy, the staff is pleasant and helpfull, the breakfast is great with plenty of choice (English as well as continental). Easy access either by car, bicycle or public transport, it makes a nice place to start your daily explorations around the island.

This review is the subjective opinion of a Tripadvisor member and not of TripAdvisor LLC.
LesdeQ
Utrecht, The Netherlands
460300
Reviewed 19 August 2018
A short walk to the sea

Paal 8 is in the best location if you want to be able to spend a few hours on the beach and then take a short walk back to your hotel room. Spacious rooms, very clean with a good sized bathroom with a comfortable bed. Fabulously soft fluffy towels and bath gown. Very friendly and accommodating staff. Swimming pool great for kids but sadly not big enough for adults to swim in - sauna and steam room are however easily accessible throughout the day. Breakfast was fresh and tasty - especially the bread and pastries. Excellent service from the bike hire (Zeelen) who dropped off and collected our luggage on arrival and departure at the hotel - the bus also stops right on the doorstep if you don't hire bikes.
Two points for improvement:
Wind whistles through the hotel and the advice is to put a towel in front of the door - each room could have a draft excluder.
Time to stop using single use plastic containers in the bathroom.

Room tip: Ask for a room at the back of the hotel as rooms at the front sit above the terrace below.
Ask LesdeQ about Paal 8 Hotel aan Zee
1  Thank LesdeQ

This review is the subjective opinion of a Tripadvisor member and not of TripAdvisor LLC.
iltigro
Netherlands
1612
Reviewed 7 August 2018
Superb location

It can be really crowded at Terschelling. In this hotel you can get away from that. The hotel is located at the north side of the Island. The beach is huge.
The hotel is really nice. I come here almost yearly and feel at home the minute I arrive. The indoor pool, the sauna and the steambath are small but good. The menu in the restaurant is quite limited, but the food is good.
Dogs are allowed, that is a thing that not every body likes.

This review is the subjective opinion of a Tripadvisor member and not of TripAdvisor LLC.
anitav274
Luxembourg
7541
Reviewed 12 July 2018 via mobile
Good lunch

Nice hotel but far away from where you have to be at Terschelling. If you want to be close to the see, this is a perfect place to be. I love the place, the staff is very friendly and the atmosphere is cozy and relaxed. The only downside is the distance to the next villages.

This review is the subjective opinion of a Tripadvisor member and not of TripAdvisor LLC.
Petethefreeze
Laren, The Netherlands
8899
Reviewed 19 October 2017 via mobile
Bad value for money

We stayed in this hotel at the end of September and although we had a good time om the Island, The hotel was not good value for money. The hotel is built for efficiency, which means that materials are cheap and rooms are sparsely furnished and definitely not atmospherically designed. We had a large suite which is comfortably large but lacked the attractiveness to spend time in it. It all just looks very aged in terms of design. Cheap photo prints on the wall and one year old magazines in the rooms. I thought this was a hotel, not a dentist waiting room.
Since this is a holiday hotel and the weather in this time of year is not always good enough to be outside, the rooms should be comfortable and invite people to spend time in it. It is also an opportunity for the hotel to get more income by offering in-room service. But furniture is old and in bad condition. The couch had trouble staying in shape and the chairs had stains on them.

The breakfast is similar in style. For 38€ there are two directions you can go: quality or quantity and the hotel doesn’t do either. For that amount of money it would be reasonable to expect real juice rather than some artificial stuff. The same goes for the selection of breakfast foods which is ok but not really well prepared.
Annoying is that the buffet is not effectively built, creating a long line of people even when the hotel is half empty. I also wonder why it is so hard for hotels to just put some cutlery and linnen napkins on the tables rather than putting a box with knives and forks at the buffet. It creates so much more atmosphere and sophistication when you sit down at a set table rather than having to stand in line and get a stack of plates and cutlery from a box. The carpet in the breakfast room is utterly disgusting with each square meter covered in black stains (see photos).

We enjoyed the seating area around the fire and the bar. But also here I wonder about the motives and the training of the hotel and its staff. We sat there for 3 hours and not once did the waitress come by to ask us whether we would like a drink or some food (we were 5 meters away). There were about 7 people in the room, so she wasn’t too busy for it either. The next day it was a lot better with a more experienced waitress but I do question how people are trained here. The food is ok, but not fantastic. We ordered nachos with a “spicy dip” but it was just some kind of ketchup and the nachos had Dutch young cheese on them, which should be forbidden by law.

This review is the subjective opinion of a Tripadvisor member and not of TripAdvisor LLC.
View more reviews
PreviousNext
123…
<script type='text/javascript' crossorigin='anonymous' async onerror='__scriptLoadError(this,true);' src='https://static.tacdn.com/assets/assets/gGW5sO.9f54cff6.es5.