Van der Valk Texel - De Koog
Van der Valk Texel - De Koog
Lowest prices for your stay
Lock in the lowest price from these sites
US$110
View deal
PricelineUS$110
eDreamsUS$110
FindHotelUS$110
TripadvisorUS$110
Hotels.com
Snaptravel
View all 11 deals
Prices are the average nightly price provided by our partners and may not include all taxes and fees. Taxes and fees that are shown are estimates only. Please see our partners for more details.
MI_cla_12
Hamburg, Germany
6531

Very comfortable and elegant hotel to relax and enjoy countryside

The hotel is about 4 km from the The Koog but just a few steps from Ecomare. If you are looking for bicycling, running or seaside, this is an ideal place.
Rooms are large, comfortable and peaceful but there is no coffee-tea facilities inside.
Staff is kind and helpful.
Breakfast is super!
Wi-Fi is free of charge but it doesn't work very well.

See all 286 reviews
Nearby Hotels 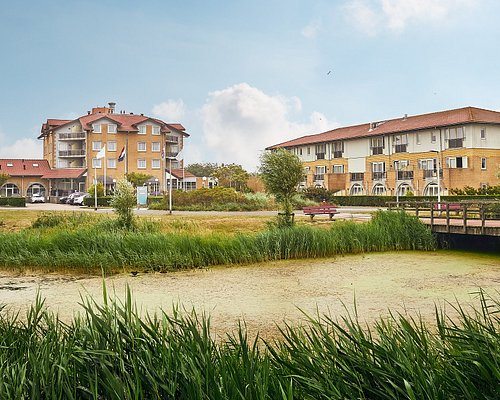 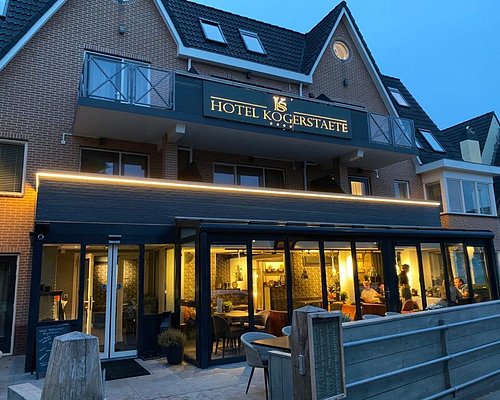 This review is the subjective opinion of a Tripadvisor member and not of TripAdvisor LLC.
Katherine H
Kingston, Ontario, Canada
64
Reviewed 24 May 2017
awesome stay!

We had such a wonderful stay at De Pelikaan. It was perfectly situated to be very close to De Koog and to De Burg, and was a 5 minute bike ride away from a stunning nature reservation. We did admittedly decide against venturing too far for dinner, and had dinner at the hotel both nights of our stay. No regrets! Dinner was delicious, as was the breakfast both days. Loved it! It would have been ideal to have a little fridge in our room to keep water cold, etc, but no complaints otherwise.

This review is the subjective opinion of a Tripadvisor member and not of TripAdvisor LLC.
sofke8868b
Leuven, Belgium
393229
Reviewed 2 May 2017
Good apartments outside the center of De Koog

I rented a two-room apartment for three nights - for those traveling by car well-located and with plenty of parking space. We were assigned an apartment on the ground floor next to the parking lot and we feared a lot of noise, but actually it as quite all of the time. The apartment had a small kitchen which all amenities needed, a living room and two bedrooms. One of the bedrooms had blinds, while the other - unfortunately - hadn't. The curtains were too light to block out all the light (and note that there was a parking lot lamp post in front of our apartment). A few matrasses were poor quality (old and worn out) but fortunately there were enough good ones so we could sleep well. Friendly staff and good working wifi. I'd definitely recommend staying here - next time I'd ask for an apartment at the back of the building though, hoping that there will be less light coming through the windows at night.

This review is the subjective opinion of a Tripadvisor member and not of TripAdvisor LLC.
nath18
Amsterdam, The Netherlands
1919
Reviewed 20 March 2016
Very nice hotel for a weekend in Texel

We booked thru Groupon and had a fantastic 2 nights deal included Bfast.
We loved this hotel, really quiet place, nice room ( we had a comfort one ) with wifi,
nice pub on ground floor,
we tried the restaurant 1 evening as they had good reviews, food was plenty, good deal for the price of the 3 courses menu.
we will come back to this hotel while visiting Lovely Texel again

This review is the subjective opinion of a Tripadvisor member and not of TripAdvisor LLC.
Martin_the_Dane
Dublin, Ireland
7148
Reviewed 6 May 2015
Great service, nice hotel

We were three friends that stayed in the hotel for one night, and for what you get it was fine. It is a bit away from the town, de Koog, but we were aware of that and didn't mind.

When we arrived the bar was closed, but when we asked in the reception we found out that it was because of short staffing due to sickness, but one of the receptionist said she would open it up as soon as all people at the reception desk had been serviced. Less than 10 minutes later she appeared and she, and everybody else in the hotel, delivered a great service, which made us feel comfortable and at home. Great bar, by the way.

The rooms were ok, nothing special. Rather small beds, comfortable mattresses, very flat pillows (annoying), and a functional bathroom that did the job. Everything was clean and in working order, so for the price it was good. Breakfast the following morning was nice with a good selection of food.

If I was in the neighbourhood again, I would probably stay here again.