We had a wonderful weekend at Peek Lodge, Den Burg Texel, the biggest island of Holland. The owners welcomed us like family and the room/ appartement was cosy, modern and classy. With real nespresso coffee. They bring you a breakfast basket in the morning, which tastes excellent and fresh. With local products... So Peek was really the perfect place for us! We'll be back.

Trip type: Travelled as a couple
See all 30 reviews
Nearby Hotels 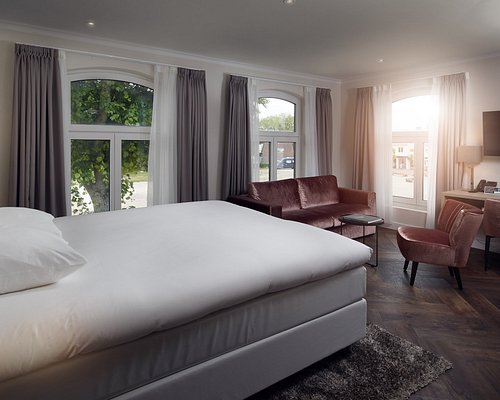 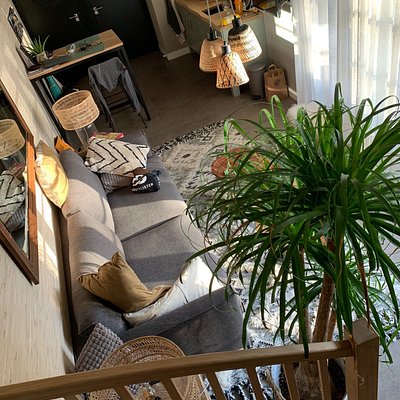 Priceline
View deal
Booking.com
US$106
FindHotel
US$100
eDreams
US$106
View all 8 deals from US$100
34 reviews
0.5 km from Peek Lodge
We compared the lowest prices from 8 websites
Hoeve Isola Bella

Peek is a restaurant with two bedrooms they use to call it a lodge. There is no lounge, reception, or any place to get the information that tourists want. They demonstrated unfriendliness and incompetence. It was a degrading experience.

I arrived as planned but the hotel door was locked. I could see people at the back of the hotel restaurant but had to knock on the door for 12 minutes before anyone came to the door.

I asked for an extra blanket -- all communication was meant to be by phone not in person. It was very impersonal. My request was ignored on both the first and second night.

There was no one I could speak with who could tell me where to go or the bus times. The two cleaning staff were busy and didn't speak English. The voice at the end of the phone was curt so I didn't bother her for that information until my last day.

The voice at the end of the phone insisted that if I couldn't have breakfast earlier than 9AM as no staff would be around. The breakfast came an hour late because they said my phone number "had 16 digits and besides they were at a party last night." (I have a Dutch number with the regular number of digits. What was she on?) When breakfast arrived, in my room because there is no dining area or lounge, I asked if I should bring it downstairs when I was done. She said no that they would deal with it. When I came back in the room at the end of the day it smelled, the breakfast that was still there and was covered in flies.

My bag, a Samsonite, was not cracked before my journey began earlier that day, but after being handled by a member of stuff, I noticed it was cracked. I do not know if it was caused by the that member of staff or earlier in the trip.

On my check out day their credit card machine didn't work for my credit card despite my card being in good standing. So I had to pay in cash.

On my last day, I asked the lady at the end of the phone when the buses were to go back to Den Helder and she gave me the wrong times.

It was an unpleasant experience in what seems to be a lovely island full of lovely people.

This review is the subjective opinion of a Tripadvisor member and not of TripAdvisor LLC.
Stefano M
Leiden, The Netherlands
93
Reviewed 29 July 2010
Top quality bed and breakfast in Texel

A very nice, cosy and well located bed and breakfast in Texel with design furniture and everything you might need (from magazines to wine and needles).
The negative sides are the smelly entrance through the restaurant and the fact that you have to book the whole weekend at least (i.e. not only Saturday).