US$237
View deal
Booking.comUS$236
eDreamsUS$236
HurbUS$275
View all 19 deals
Prices are the average nightly price provided by our partners and may not include all taxes and fees. Taxes and fees that are shown are estimates only. Please see our partners for more details.
Y2058LOdavidm
Medernach, Luxembourg
2628

I would like to give my honest opinion about the restaurant, i was one of the worse food that we took so far, not acceptable at all, specially if we are talking about one of the most finest hotel's worldwide. We just asked for 2 burgers, the meat looked disgusting and the bread like a rock. I really hope that something will change in your kitchen, starting on the cooker and the food quality.

Trip type: Travelled with family
See all 3,150 reviews
Nearby Hotels 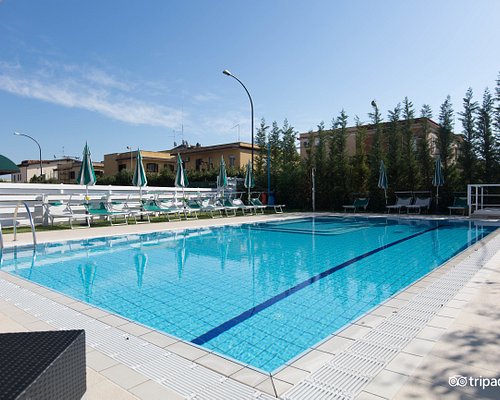 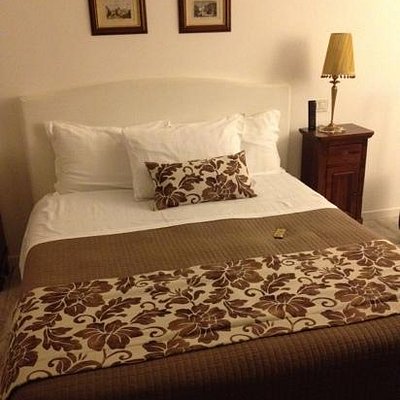 eDreams
View deal
Expedia.com
US$77
Trip.com
US$63
Hotels.com
US$77
View all 13 deals from US$63
337 reviews
4.9 km from Hilton Garden Inn Rome Airport
We compared the lowest prices from 13 websites 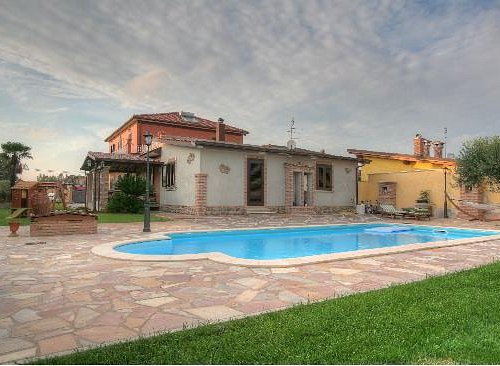 Check-in/out process was smooth. On the 6th floor where I stayed at, there were huge flies around the elevator hall and hallway. One of them flew into my room. There were some bugs in the bed and both of my feet started itching once I woke up. Breakfast isn't good. Not worth it if you have to pay.

This review is the subjective opinion of a Tripadvisor member and not of TripAdvisor LLC.
paulsalerni
Bethlehem, Pennsylvania
1417
Reviewed 14 January 2020
Convenient location for a morning flight from Fiumicino

A good place to stay if you have an early morning flight. The shuttle service is reliable, the restaurant decent if a bit overpriced, the rooms clean and quiet. Because of the convenience, the price for a night in a family suite is quite high.

Review collected in partnership with Hilton Garden Inn
This business uses tools provided by Tripadvisor (or one of its official Review Collection Partners) to encourage and collect guest reviews, including this one.
Ask paulsalerni about Hilton Garden Inn Rome Airport
1  Thank paulsalerni

This review is the subjective opinion of a Tripadvisor member and not of TripAdvisor LLC.
nery f
Miami, Florida
912
Reviewed 14 January 2020
Excellent Stay

Our stay in January was great! The complimentary shuttle to the terminal was even better plus the front desk reserved it for us since we were leaving extremely early and even packed us a bagged breakfast.

Review collected in partnership with Hilton Garden Inn
This business uses tools provided by Tripadvisor (or one of its official Review Collection Partners) to encourage and collect guest reviews, including this one.
Ask nery f about Hilton Garden Inn Rome Airport
2  Thank nery f

This review is the subjective opinion of a Tripadvisor member and not of TripAdvisor LLC.
mshanson1969
11
Reviewed 4 January 2020
Close to airport

This was nice that is was close to the airport for an early departure from FCO. The shuttle to/from the airport is great.The lobby was nice with a spacious feeling. We took advantage of the dinner (New Year evening), and were satisfied with the meal. My two teenagers were able to find something to eat. The inside color scheme of the halls though makes the hotel feel dated (peach and green?) The room was nice, and the bed and sleeper sofa were comfortable. The 1.5 bathrooms in our suite were nice. The shower stall and bathtub were both welcome, although the stall itself needs to be cleaned better.

Review collected in partnership with Hilton Garden Inn
This business uses tools provided by Tripadvisor (or one of its official Review Collection Partners) to encourage and collect guest reviews, including this one.
Ask mshanson1969 about Hilton Garden Inn Rome Airport
1  Thank mshanson1969

This review is the subjective opinion of a Tripadvisor member and not of TripAdvisor LLC.
dk424
Hudson River Valley, New York
161150
Reviewed 2 January 2020 via mobile
Okay, with cautions

Stayed for one night a few weeks ago. The exact information on shuttle to and from the airport is hard to find on the Hilton Garden Inn website. There is plenty of signage outside the arrivals terminal but don’t follow to signs to in shuttles inside the arrivals terminal. They will direct you to the wrong location.
Lucky for us, the bus going to the HGI was almost empty when we arrived. And the reception desk at the HGI was also uncrowded.
Our room was clean and simply furnished. But it was hot. We turned down the heat and turned on the ac. The windows could not be opened. We decided to give it a chance to cool down, and went to the hotel restaurant for a quick bite. By this time massive groups had arrived. The reception was flooded with people. Lines were out the door.
We ordered pizza for dinner. It was definitely among the worst I ever had. It was ironic because here we were in Italy, where you can get some of the best pizza in the world, just not here.
When we returned to our room it was still not cool. We called the front desk. They said to give it time to cool. But we said we did. Through the night, It got slightly cooler but then would get warmer. We would wake up sweating. Not good.
Breakfast was a madhouse. Everybody seemingly is staying there so that they can get to the airport in time for a morning flight, so everyone descends on the breakfast buffet at the same time. And the coffee scene was ridiculous. It only seemed available from a machine that was producing cups one at a time. Huh?
So of course, the shuttle buses were packed as everyone tries to get to the airport at the same time. They need to run shuttle buses more frequently in the morning hours to cope with crush of people getting to the airport.
Next time, I would pay extra to spend at the Hilton nearer to the airport, that apparently is within walking distance to the airport. Hopefully, they would have their heating and cooling working better and would avoid the craziness of dealing with the shuttle bus.