Tired and in need of maintenance - Review of Park Hotel

US$280
US$268
View deal
Free cancellation until 13/08/21
Reserve now, pay at stay
Trip.comUS$280
eDreamsUS$268
Orbitz.comUS$269
View all 15 deals
Prices are the average nightly price provided by our partners and may not include all taxes and fees. Taxes and fees that are shown are estimates only. Please see our partners for more details.
Michael S
Purley, United Kingdom
410199

Tired and in need of maintenance

The fish-eye lens image is deceptive and does not actually capture the hotel itself - which is just off to the left. The shot must have been taken by a drone as the view from our room was nothing like this.
Overall the hotel is in desperate need of some freshening up.
The room that we had was large but disappointingly plain. No pictures on the walls. There was a private balcony, but we were in the ground floor and could not see much of the lake.
There is secure on-site parking but at additional cost.
One small bonus - for those dining a Baba du Lac (next door) a 10% discount is offered on production of your room card.More 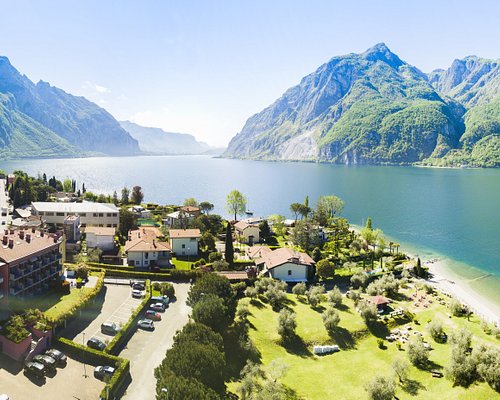 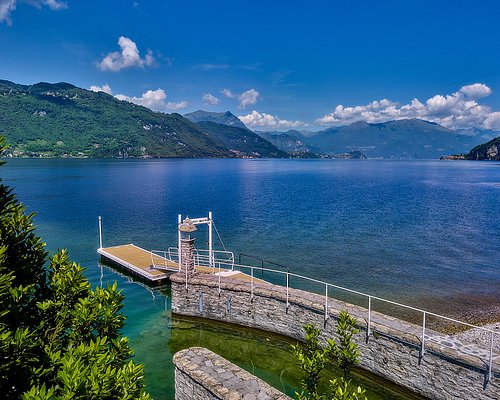 Breakfast included
Villa Lario Resort
US$665
US$635
Tripadvisor
View deal
Expedia.com
Booking.com
US$635
Hotels.com
US$665
View all 14 deals from US$635
26 reviews
3.9 km from Park Hotel
We compared the lowest prices from 14 websites 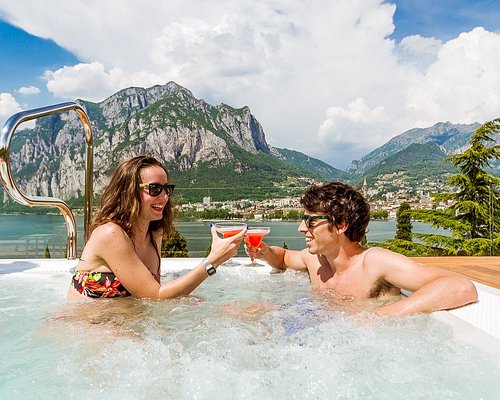 Stayed at this hotel for one night which was OK but a bit expensive for what it is as the hotel is basic but the views across tothe lake and mountains was stunning as we had a room at the back facing the lake.
Room is basic but clean and comfatable and the breakfast was average, nothing special.

This review is the subjective opinion of a TripAdvisor member and not of TripAdvisor LLC
helderflor79
13
Reviewed 5 November 2019
Awful costumer service, greedy Hotel

It’s all about money it’s this hotel motto! They canceled my family reservation (2 adults and 3 small children) as well as a couple friend and their three children, under the pretext that there are problems with the credit cards, the same credit cards used for reservations of the four hotels we will be staying in our holidays in Italy! The same credit cards used to pay for flights and to cars reservations. After this, they ask if we would like to do the same reservation (the same rooms) for the double price!!! Thank you for ruining our holidays (10 people), our New Year's Eve and my 40th birthday. We are still waiting for a reply to our emails.

Dear guest,
Your family reservations were cancelled through booking.com website after standard credti card check, we offered you another opportunity to reserve the same rooms at the same exact price, a thing that can be proven by email. We feel sorry for every bad experience our guests have in their relation with our property, but at the same time, payment conditions, confirmation methods are clear and standard, you had the time to update the cards, but you did not, that's why your reservation had been cancelled.
Thanks

Report response as inappropriateThank you. We appreciate your input.
This response is the subjective opinion of the management representative and not of TripAdvisor LLC
albinaepaolo
Milan, Italy
8459
Reviewed 19 July 2019
That branch of the lake of Como which extends southwards ... and that embraces the Park Hotel Abbadia

The location, excellent for easy access to the lake beach park. Moreover, it represents an efficient base to reach very interesting destinations around the lake.
The staff is very professional: in particular chamber-maids, effective and empathic.
Allow me to suggest: improving WiFi performance, not adequate for at least sufficient use, we were forced to use the cellular data connection; equip the splendid grassy terrace overlooking the lake, with more deckchairs and umbrellas or, better, awnings. The free white dog, although good and sociable, is inappropriate in the grassy terrace, for obvious reasons.

This review is the subjective opinion of a TripAdvisor member and not of TripAdvisor LLC
Gianina_Cotia
Iasi County, Romania
287
Reviewed 19 July 2019 via mobile
A good stay

It s a nice a hotel, a bit old but the rooms are getting renovated. The views are wonderful! It s very close to the lake, an also to the place where you can bath and get a tan( kind of a beach) . The breakfast was not bad but neither spectacular! One of the guy on the reception was very nice and gave us some extra towels so we could use it at the beach.

This review is the subjective opinion of a TripAdvisor member and not of TripAdvisor LLC
SPAN_Edgbaston
Birmingham UK
8685
Reviewed 12 July 2019
Good value basic hotel, with lovely views on the lake side

We only booked a couple of days beforehand in early July and got a double room with balcony and lake view for 184 euros for 2 nights including breakfast “reduced from 300 euros”. There was parking in a gated car park behind the hotel which we were told was charged at 10 euros per day (no longer free as stated in some earlier reviews), with a lift from that level. I agree with other reviews - a room on the road side of the hotel was likely to have been noisy.
Driving around, we realised that the hotel is on the very much least glamorous leg of the lake, not far from the Moto Guzzi factory (free museum, good for those who like motorbikes) and a light industrial area. It was about a 15-minute drive to Lecco, a good hour’s drive to Bellagio and about 20 minutes’ drive from the nearest car ferry terminal at Varenna. However, it overlooked a park (which had a bar, some picnic tables, showers and toilets) from which you could swim in the lake and there were pleasant walks along the lake edge.
The room was large, with a decent-sized balcony with an awning and plastic table and chairs. The views were lovely. The furnishings were fine, if not very modern. The double bed was two singles pushed together. There was a fridge and a safe, but it had no key. The air con and free wi-fi were good. There was a very rare sight, a kettle (one of only two hotels out of the eight in northern Italy that we stayed in on this trip to provide one). The wardrobe had only 3 hangers. The bathroom was compact - the door cleared the basin by less than a centimetre! - and not particularly modern or luxurious. It was mainly clean, apart from the base of the shower cubicle, which had quite a lot of grime/mould in the corners and round the fittings. The upper section of the shower door seal was missing.
There was a bar, but it clearly wasn’t in operation. We ate at the restaurant literally next door, Babadulac, which was really good, serving everything from serious a la carte dishes to cheap and cheerful pizzas. Don’t let the two flights of unprepossessing stairs put you off!
Breakfast was in the dining room next to reception. There was a terrace, but it wasn’t open - not surprising, as it is right next to the road. Basic continental breakfast with the additions of a variety of fresh fruits and creamy, freshly-made scrambled eggs. Bread all white. Several varieties of croissants, including what looked like brown/wholemeal! Coffee and hot chocolate made to order were good. Oddly, the wi-fi in the public areas was not as good as that in the room.
Altogether pretty reasonable for the price, but if I had paid the full price rate (300 euros) for the room I would have felt very overcharged indeed.