US$208
US$164
View deal
SAVE US$44
Free cancellation until 26/06/21
Reserve now, pay at stay
Orbitz.com
Expedia.comUS$190
getaroom.comUS$208
View all 16 deals
Prices are the average nightly price provided by our partners and may not include all taxes and fees. Taxes and fees that are shown are estimates only. Please see our partners for more details.
Carmen M
11

We just got back from our vacation in Altafulla-Barcelona. We stayed at this hotel for a week and we loved it. This was a destination wedding so you can imagine that there was at least 60 people in our group and we all stayed at this Hotel. The rooms were clean and nicely decorated, the front desk personnel was very helpful. This hotel is perfectly located close to the train station and a few blocks from the beach. We will do it again in a heart beat. Love AltafullaMore

Thank you very much dear Carmen for your fantastic comments, I'll share it with our whole team. We hope to see you soon! Best regards from sunny Altafulla! Jordi Ferré - Hotel Manager

Report response as inappropriateThank you. We appreciate your input.
This response is the subjective opinion of the management representative and not of TripAdvisor LLC
See all 644 reviews
Nearby Hotels 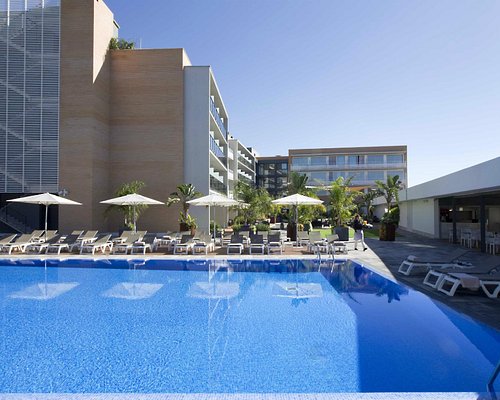 Hotels.com
View deal
Travelocity
Official website
US$164
getaroom.com
US$208
View all 16 deals from US$164
644 reviews 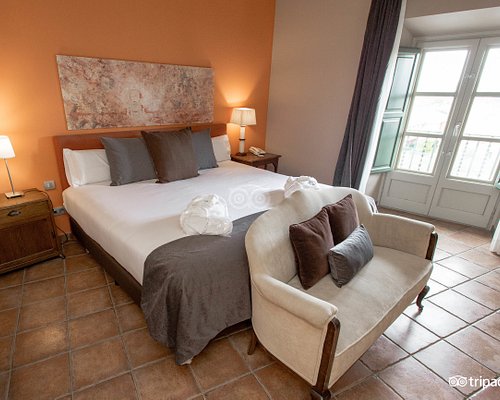 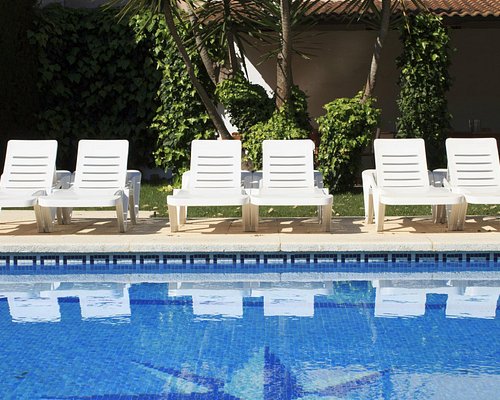 The location of the hotel is perfect - couple of minutes from the railway station, close the sea and in the middle of the Altafulla centre. Clear and nordic style hotel with very friendly and helpful staff.

Thank you so much! I'll share your opinion with our whole team. Best regards from sunny Altafulla. Jordi Ferré - Hotel Manager

Report response as inappropriateThank you. We appreciate your input.
This response is the subjective opinion of the management representative and not of TripAdvisor LLC
Pat O
Ireland
1916
Reviewed 15 May 2018
Hidden gem!!!

Thanks you so much! I'll share your opinion with our whole team. We hope to see you soon! Jordi Ferré - Hotel Manager

Report response as inappropriateThank you. We appreciate your input.
This response is the subjective opinion of the management representative and not of TripAdvisor LLC
JPFR80s
123
Reviewed 9 April 2018 via mobile
Quiet little spot

My husband and I spent our wedding night at this hotel. We loved it so much we ended up staying the following two nights. A few of my friends stayed there too as our wedding was nearby at Tamarit Castle. Very chilled out at this hotel. Lots of variety for the breakfast buffet. Clean rooms and the staff were great. We spent 3 days just relaxing by the pool with out friends. A few food places nearby as well as the restaurants there. One of the nights a band played which was great. The beach is a 5-10 min walk. Will be going back again soon!

Thank you so much dear Jackie for your great opinion! We hope to see you soon, Altafulla is your home. Best regards from my whole team. Jordi Ferré - Hotel Manager

Report response as inappropriateThank you. We appreciate your input.
This response is the subjective opinion of the management representative and not of TripAdvisor LLC
rosw429
Limone Piemonte, Italy
103
Reviewed 14 October 2017
Little Gem

Stayed here for three nights in October. Very comfortable. Great breakfast included. Ideal location. Reasonable rates. Easily accessible from nearby train station and simple transfer from the airport. Large room/bathroom with good shower. Close to lovely sandy beach with loads of restaurants nearby. Tarragona only 10k away and 9 minutes on the train..€2:50

Room tip: Back of the hotel does get some noise from high speed trains.
Ask rosw429 about Altafulla Mar Hotel
Thank rosw429

Thank you very much for your fantastic comments. We hope to see you soon again! Best regards from the whole team. Jordi Ferré - Hotel Manager

Report response as inappropriateThank you. We appreciate your input.
This response is the subjective opinion of the management representative and not of TripAdvisor LLC
kristianandjenw
Oxfordshire, United Kingdom
3525
Reviewed 13 October 2017
The good, the bad and the ugly

This is going to be epic, so grab a cup of tea to read this one! I'm going to be so comprehensive because of just how disappointed we were with our stay at this hotel and given the terrible aftercare we've received since trying to resolve our issues, I feel it only right to let others know about our experience.

First of all this hotel is not 4* as you might know it in the UK, I appreciate the star ratings should be taken with a pinch of salt in Europe but given the newness of this hotel we were optimistic it would operate in line with more modern-day star ratings.

* Nice location and décor. Some lovely nearby eateries and only a 5 minute walk to the beach and 10 minutes to the train station.
* Most of the reception staff were very pleasant with good English except one lady who looked like she would have rather been eating sand than sat behind reception!
* Massive selection for breakfast - you definitely won't go hungry (assuming you haven't starved to death having waited until 0800 for the dining hall to open).
* Beds and linen were comfortable

* On arrival (with a 5.5 month old, pushchair, 2 suitcases and 3 pieces of hand luggage!) we went inside to ask for a luggage trolley which was given to us but we had to load it ourselves (at the side of the road) and were not offered for the luggage to be taken to our room for us. This is a basic of any good hotel in my opinion.
* No tea or coffee making facilities in the rooms so we had to borrow a kettle for the week to make our baby's bottles.
* No bathrobes/slippers
* Breakfast doesn't start until 0800, which is pretty late if you a) have small children/babies or b) are an early riser and want to make the most of your days with a bright and early start.
* The pools are freezing cold. Given we went at the end of what was a very hot summer we'd have expected the water to have warmed a little or for the pools to be heated slightly to enjoy them in the cooler weather but they were Baltic.
* The poolside bar where we would have been able to get snacks during the day/ice creams etc. was closed for the season. There was no mention of this at the time of booking but clearly it wasn't deemed worth opening after their peak season which I assume therefore must be the end of August?!
* The air conditioning was not turned on (and this became the reason for all our complaints) despite the weather still being 26 degrees outside.
On arrival in our room we assumed it was hot because it hadn't been occupied all day and so didn't have a key card in the holder that activates the electric. But after half an hour of being 'on' it wasn't making a spot of difference. We called down to reception who informed us it would be turned on(?) and to wait half an hour. Surprise surprise it never came on (the unit was making a noise but not actually blowing out cold air) so we called reception who sent maintenance to 'fix it'.
The maintenance chap came, fiddled about in the roof for 10 minutes and left, telling us once again that in half an hour it would work. It didn't, so we took a walk out to get some fresh air and reported it to reception. As a result we spent our first night in our hotel room with a small baby in 25 degree heat because the AC never worked.

The next morning we complained (again!) and moved rooms as a last resort which in itself was a complete pain in the backside having unpacked everything already. We were offered NO help to move anything so we wasted half a day of our holiday doing this.

You probably know what's coming by now but surprise surprise the AC didn't work in the next room either!! Long story now very short, we only had AC for ONE night of our 6 night holiday and the room temperature without AC didn't drop below 24 degrees. I know this because we'd travelled with a digital thermometer for our baby so I was able to take the room temp.

The heat by night was unbearable but god forbid you opened the patio doors because you'd be bitten to death by all the mosquitoes that are around thanks to the hotel being a stone's throw from a river. And it goes without saying we weren't willing to have our baby bitten by anything so we had to tolerate the heat!

We made daily complaints to the reception manager and eventually the hotel manager (Jordi) about our upset at the lack of AC and by way of compensation they offered us a free dinner! I politely told them where they could shove that gesture of goodwill and said we'd be looking for some reimbursement of the cost of our holiday. We were also brought a bottle of something cheap and fizzy on the penultimate night of our holiday by way of apology which out of principal we didn't even open as this too was an insult given the problems we'd had.
The excuses coming from the managers as to why we weren't getting AC were ridiculous and it's worth mentioning we weren't the only people complaining as we heard other guests making the same complaint. It was clear the hotel was trying to save money toward the end of the season and so had turned the AC off throughout the whole hotel.

* Telephone in the bathroom - I mean come on, who has ever been inclined to make or take a call with such urgency that they need to do it whilst brushing their teeth!?
* Despite it's newness there were the usual levels of poor workmanship with the build of the room/hotel, loose tiles, discoloured ceiling tiles, paint flaking off etc.
* There are only 2 small lifts that serve the whole hotel. We assume the hotel wasn't at full capacity as we never had to wait more than a couple of minutes for a lift but during the summer months you must have to wait an age for one, especially if like us you were travelling with a buggy which ruled out the option of taking the stairs!
* You have to pay 3euros a DAY for a towel for the beach/pool plus a 10euros deposit.
* We once came back to our room from a day out and someone had clearly been doing some maintenance in the bathroom ceiling where mess had been left all over the bathroom floor.
* We didn't use it but the kid's club was tiny, I mean really small so any child being left there for any period of time would be bored to death.

If you travel by car don't bother putting it in the hotel car park which charges you. There is loads of on street parking which is free plus there's a huge car park right next door.

We paid extra for their best room which boasted a sea view but this hotel is NOT on the coast so your sea view means looking out over shops, buildings before you can see the sea.

At the time of writing this review our campaign for more compensation is still ongoing between the hotel and hotels.com whom we made the booking through but the hotel manager has been incredibly rude and dismissive of our plea for some reimbursement hence our honest and scathing review.