Sunshine - Review of Falls Of Lora

Falls Of Lora
Falls Of Lora
Lowest prices for your stay
Lock in the lowest price from these sites
US$76
Free cancellation until 28/10/21
View deal
PricelineUS$76
TripadvisorUS$76
ZenHotels.com
eDreamsUS$76
FindHotel
Destinia.com
View all 15 deals
Prices are the average nightly price provided by our partners and may not include all taxes and fees. Taxes and fees that are shown are estimates only. Please see our partners for more details.
PeteLucy434
Uxbridge, United Kingdom
1615374

Many people stop here before getting the Oban ferry the next day, so very much a stop off point. But we had sunshine on the terrace which affords a good view of the loch, so that was great. Food was good too.

See all 683 reviews
Nearby Hotels 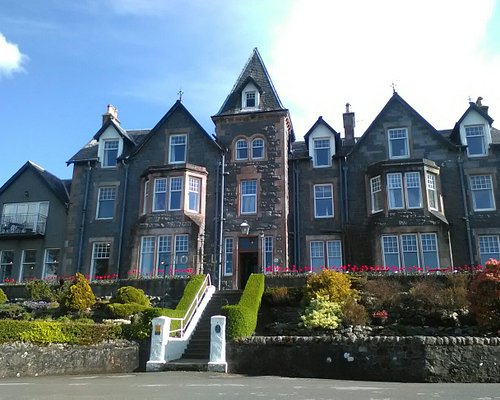 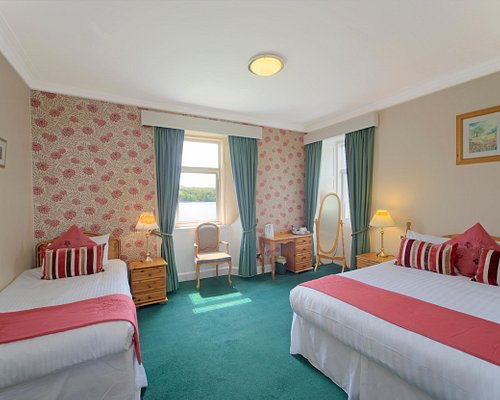 Breakfast included
Lochnell Arms Hotel
US$86
Booking.com
View deal
Free cancellation
Tripadvisor
US$86
eDreams
Priceline
US$86
View all 8 deals from US$86
403 reviews
1.0 km from Falls Of Lora
We compared the lowest prices from 8 websites 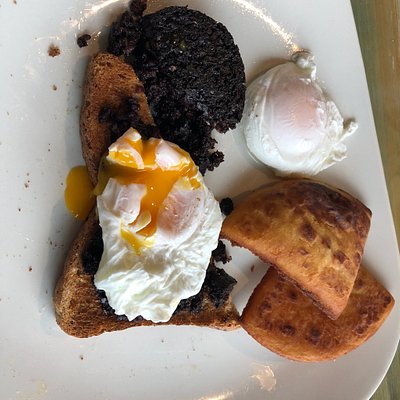 Taking safety measures
We compared the lowest prices from 13 websites
Muthu Alexandra Hotel
US$147
Booking.com
View deal
Expedia.com
US$146
Trip.com
US$129
ZenHotels.com
US$167
View all 16 deals from US$129
644 reviews
7.0 km from Falls Of Lora

Better than any hotel in Oban. Definitely the right choice to stay on this hotel.
Dinner was great. You can tell is not a chain hotel. The food is local and made with a personal touch and really good prices.
I had a double bed on the top floor. I slept really really well. It is by the road so it can be a bit noisy but not more than in big hotels.
The room was cleaned and cosy.

The breakfast was good as well. Buffet available, a small riser served from 730 to 8 and then more choices of full breakfasts after 8am.

The view from the hotel overlooking the river and the hills were unbelievable.

I will stay again if in the area.

This review is the subjective opinion of a Tripadvisor member and not of TripAdvisor LLC.
margaret julie m
Carlisle, United Kingdom
3017
Reviewed 25 August 2021
EVENING MEAL only , no hotel stay

set in a lovely hotel. we had to wait a short while for our table to be ready . there were 4 adults

what we ordered was great.
i personally ordered a 3 course at £16.95. a surprise, as im lucky if i can manage one course.
starter arrived in minutes. and the second courses arrived promptly after that. all looked great and a decent amount on the plate. we all enjoyed what we had and felt it was a good amount on the plate to satisfy us.

pudding was a waffle with apple and toffee sauce.

overall, the experience was the best of our short holiday and if ever back in the area, im sure we will go there again.

This review is the subjective opinion of a Tripadvisor member and not of TripAdvisor LLC.
NGPAT
Inverness, United Kingdom
13473
Reviewed 24 August 2021
Just scapes an 'average', but only just.

Firstly, the good points...... friendly, talkative and efficient staff throughout our stay, from reception, through dinner and then at breakfast time. I should also commend the food we ate at dinner. Might have just been scampi and a burger, but they were done well and tasted really good. The deserts were good as well, as was the wine.

But, a number of issues that just don't sit right when you spend £260+ on a one night stay.

Firstly, although the room was big (room 43 with a sort of 4 poster bed) and had a great view over the sea loch and towards the bridge, it was tired and dated. However, the main issue was the enormous bath (image attached) which had a shower attachment, but there was no separate shower and so you had to kneel in the bath and use one hand to operate/direct the shower head while you washed, or you could shower each other as we ended up doing!1 Not really a great bathroom experience in the 21st century. Funny thing is the bathroom is huge and you could have a massive walk on shower area instead. Given the size of the bath it would have taken ages to fill if you'd gone down that route.

In the morning the hot breakfast arrived at our table - not very hot at all. That was quite disappointing, especially as we'd hoped to end on a high after a very poor nights sleep. It is advertised as a HOT breakfast and not getting these small but important things right just spoils the experience completely.

At 2am, for 30 minutes, a small group of people had gathered outside the front of the hotel, beneath our room. They were very noisy and a car was there too playing very loud music. They eventually dispersed of their own accord once a taxi arrived for some of them, but it completely ruined our sleep, after a very long and tiring day for us. I have NOT taken this into account in my rating as it wasn't really in the control of the hotel...... or was it?

Unfortunately, we won't stay here again..... and it's only the food we enjoyed that stopped me rating the stay as 'Poor'.

Room tip: If you like a shower in the morning do not stay in room 43 with the four poster.
Ask NGPAT about Falls Of Lora
Thank NGPAT

This review is the subjective opinion of a Tripadvisor member and not of TripAdvisor LLC.
margaret g
Inverness, United Kingdom
5134
Reviewed 16 August 2021
overnite stay on way to irvine

lovely hotel we were in the new part and it was great lovely views and the food was fantastic.breakfast was very good and they had everything and it was table service. Car park was a bit on the small side .

This review is the subjective opinion of a Tripadvisor member and not of TripAdvisor LLC.
TerryS003
Oxfordshire, United Kingdom
2638
Reviewed 12 August 2021 via mobile
Spoilt by problems with the basics.

Stayed two nights and ate dinner there both nights. Left early on the day of departure so was provided with a packed breakfast, instead of the regular breakfast

Good start, decent welcome. Pleasant room, if a bit small. View of Lock Etive and Connell Bridge and the mountains beyond.

Then things went downhill. The shower water supply was jntermittent, which is annoying when your hair is covered in soap. It seems that because our room was on the top floor the water pressure gave out because other guests were also using water. I cannot believe we were the first guests to suffer in this way, and it really is a problem that should have been dealt with. The response was effectively 'tough'; no alternative room, no offer of a discount. The shower did work on our second night.

Being on the top floor meant there was no wifi in room, that too suffering from lack of pressure, a regular theme.

More positively the restaurant, where the waiting staff were excellent, was inexpensive, and good. Sadly this quality did not transfer over to the breakfast which was adequate but not memorable.