US$67
US$48
View deal
SAVE US$19
Free cancellation until 17/04/21
Trip.comUS$50
PricelineUS$56
TravelocityUS$67
View all 15 deals
Prices are the average nightly price provided by our partners and may not include all taxes and fees. Taxes and fees that are shown are estimates only. Please see our partners for more details.
paisessinfin
31

We stayed 2 nights at the Coron resort. The establishmenbt was very nice, rooms large, hot water worked well. However, room water not potable and hotel only provides 1 8oz bottle of water per day per guest then charges 1 dollar for each additional. Checkin was very long and laborious. Restaruants - food was mediocre at best. Service was terrible. All our meals came out at different times. Water served at end along with cutlery. Better organization needed in restaurants and in Check-in, check-out. And they should not charge for water when you cannot drink it in your room. Otherwise very nice experience. Staff is very young and seems to lack proper management.More 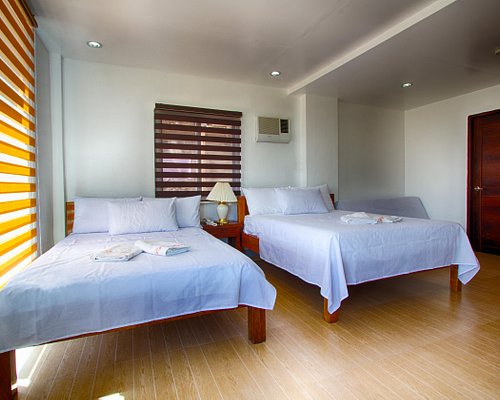 Agoda.com
View deal
Free cancellation
FindHotel
US$21
Priceline
US$27
Expedia.com
View all 11 deals from US$21
48 reviews
3.3 km from Coron Westown Resort
We compared the lowest prices from 11 websites 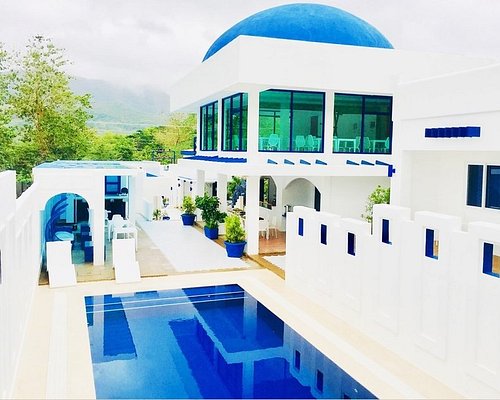 Breakfast included
The Palladium Hotel
US$90

Hotels.com
View deal
Free cancellation
Pay up to 12X
Expedia.com
US$90
Trip.com
US$67
Travelocity
US$90
View all 14 deals from US$67
40 reviews
1.9 km from Coron Westown Resort
We compared the lowest prices from 14 websites 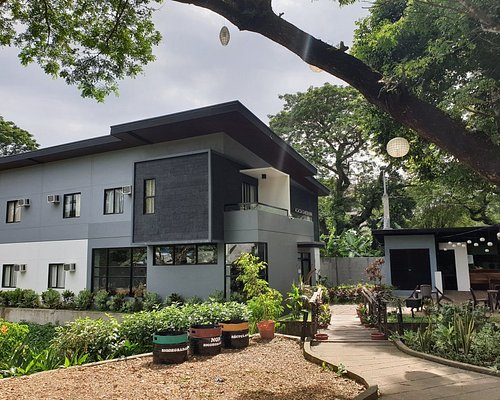 Expedia.com
View deal
Free cancellation
Pay up to 12X
Booking.com
US$36
FindHotel
US$24
Hurb
US$37
View all 15 deals from US$24
60 reviews
3.6 km from Coron Westown Resort
We compared the lowest prices from 15 websites
Top Rated
Breakfast included
La Natura Resort
US$83

Expedia.com
View deal
Free cancellation
Pay up to 12X
Hotels.com
US$47
Agoda.com
US$41
Booking.com
US$57
View all 17 deals from US$41
124 reviews
0.1 km from Coron Westown Resort
We compared the lowest prices from 17 websites
Breakfast included
Sunlight Guest Hotel

Expedia.com
View deal
Hotels.com
US$104
FindHotel
US$71
Hurb
US$115
View all 15 deals from US$71
80 reviews
4.4 km from Coron Westown Resort
We compared the lowest prices from 15 websites
Jims Castle Inn

Hotels.com
View deal
Expedia.com
US$11
Agoda.com
US$9
FindHotel
View all 11 deals from US$9
38 reviews
2.6 km from Coron Westown Resort
We compared the lowest prices from 11 websites
SunValley Tourist Inn
US$59

The first day we arrived we had lunch. The worst spaghetti ever and fish that was way over cooked! The breakfast buffet kept getting worse everyday. They don’t keep up with the items offered and have minimal items provided. The omelette station doesn’t know the difference between scrambled, omelette or over easy eggs.

This review is the subjective opinion of a TripAdvisor member and not of TripAdvisor LLC
Dindo I
Carmona, Philippines
5
Reviewed 24 February 2020
Wonderful palce to stay in Coron

We stayed here for 3D2N and it was a good one. We were assigned a room accessible to the pool and restaurant and it was a spacious room with comfortable beds and a balcony. Staff are commendable as they would attend to us right away when we ask for assistance. The hotel is near the town proper and hotel staff would assist you find a tricycle (mode of transpo to the town proper) if you wish to go see some stuff in the town proper. We enjoyed their buffet breakfast (a lot of food choices). Overall, our stay was a wonderful one and i would recommend this hotel to anyone visiting coron.

Room tip: Choose rooms at the ground floor with an easy access to the pool and restaurant
Ask Dindo I about Coron Westown Resort
Thank Dindo I

Thank you for your great review. We are happy to hear that you had a comfortable stay with us and you enjoyed the breakfast buffet we served; our team will definitely be delighted to read your commendation. Good customer experience and satisfaction is our top priority, and your review validates the hard work we put in every day. Your kind words mean so much to us and we look forward to seeing you again.

Report response as inappropriateThank you. We appreciate your input.
This response is the subjective opinion of the management representative and not of TripAdvisor LLC
Z_JJuliet
2
Reviewed 22 February 2020 via mobile
I’m not sure I will come back for this place or not

The place is quite ok but the system is not. For example they provide only 1 key for 2 guests???? And they don’t have a spare key that can open the room. Once the elevator open I saw one big fat rat on G floor. Some of front staff are not nice. The rest is fine.

This review is the subjective opinion of a TripAdvisor member and not of TripAdvisor LLC
J7403WYjacobj
1
Reviewed 18 February 2020
Worst Hotel, Stay Elsewhere

We booked here for 4 days to finish off our holiday throughout the Philippines, we only lasted one night and burned on the rest of the non refundable nights we paid for.

Firstly, as we should have known from the previous reviews the room had a foul smell on arrival. It was practically unbearable and we advised reception where they showed us another room and it had the same smell. We asked for an air humidifier after leaving our doors and windows open to no avail. On 3 occasions of asking they still never told us that it wouldn't be available until tomorrow and also offered no apology.

Two pools downstairs were half empty, they saw no problem with this and said it's open, but the hot weather has evaporated it.

They do only operate one elevator as pointed out in other reviews.

The bathroom had dirty mould and silicone. The ceramic shelf in the shower is almost falling off which is actually quite dangerous.

Housekeepings room is right next door to which we heard loud conversations and banging etc.

They also knocked on our door to male up the room at 8:30am.

Pool towels aren't to be taken out on tours and we learnt this by trying this not knowing of their policy, and by being asked to present ourselves to the front counter. We were made out to be theiving and told it's 100p per towel to take out. We asked if we could rent this towel and return at the end of the stay and they said no. It would be 100p per towel per day. Extremely flawed and stupid policy.

There is limited and slow free WiFi only in the lobby and no cellphone service in the rooms.

However in general after bringing some things to their attention and being visibly unhappy with our experience as far, they made no attempts to resolve anything and the front desk lady who I assume is the manager was smug about the entire early checkout process and offered absolutely no apology.

It is an absolute rarity for myself to put a negative review as I believe good service is enough to male the experience positive, but we we're so disappointed by the stay that an honest review of this resort was needed.

This review is the subjective opinion of a TripAdvisor member and not of TripAdvisor LLC
purplelady2015
Garden Grove, California
7
Reviewed 12 February 2020 via mobile
Value for your money

So glad we decided to stay here! The rooms are clean and well maintained. We enjoyed their daily breakfast buffet. From waffles to omelettes to filipino breakfast of fried rice,chorizo,and tapa yumm! Their menu was varied and delicious! The location of the hotel is just a 10 minute tricycle ride to town. And if you decide to just stay at the hotel they have a karaoke bar that was fun and lively. I definitely recommend this hotel!